In a statement published via the London Stock Exchange, Vertu announced that it will seek to buy back its ordinary shares at a value of 10p each.

The firm has set aside £3m of its existing cash resources to fund the buybacks, after reaching a deal for broker Zeus Capital to carry out purchases on its behalf.

The total maximum number of ordinary shares that can be purchased under the buyback programme is 15m.

It is the fourth buyback scheme launched by Vertu in recent years, each worth £3m.

The most recent programme, launched back in March, has so far resulted in the purchase and cancellation of 5.3m ordinary shares at a total cost of £2.9m.

The statement to the stock exchange said: ‘Following the success of the £3m buyback programme announced in March 2022, which has so far resulted in the purchase and cancellation of 5,305,651 ordinary shares of 10p each at a total cost of £2,987,610, the company announces that it intends to commence a further £3m share buyback programme.

‘Under the buyback programme, the company will seek to buy back its ordinary shares using the company’s existing cash resources for a further amount up to £3m.

‘The debt capacity of the company, current net cash position and positive cash flow is such that we will also continue to pay dividends and consider acquisition and investment opportunities as part of its ongoing capital allocation.

‘The company will seek to buy back its ordinary shares at appropriate times and considers, at the present time, the Buyback Programme to be in the best interests of all shareholders.’

Speaking exclusively to Car Dealer, one expert said the moves could be seen as a ‘precursor to a longer-term plan to try and take the company private’.

Paul Daly, a partner at UHY Hacker Young, said: ‘I believe this is the fourth such announcement from Vertu, the the first of which was in August 2021.

‘Each tranche has been for £3m so this latest batch will take them to £12m.

‘While still relatively small amounts relative to the total market capitalisation, I think it is reflective of a combination of things.

‘Firstly, surplus cash generated from operations and very little debt within Vertu. Also, most importantly, it is a very undervalued share price.

‘It could of course also be seen as a precursor to a longer-term plan to try and take the company private.’

‘With low debt and management clearly believing they have sufficient cash to execute any acquisition opportunities they want to progress, it makes sense to use recent exceptional profits to buy back shares.’

The listed dealer group told the London Stock Exchange on May 13 it had bought 3,960,331 shares at a price of 50.40p per share to hike its ’employee benefit trust’.

It was also revealed that CEO Forrester has purchased 39,297 shares.

In a separate announcement, Vertu has also announced the retirement of its group property director, Andy Johnson.

The 66-year-old, has been with the automotive retailer for 12 years, during which time it has grown from 54 to 160 dealerships.

He first moved into the property side of the motor trade at Sunderland-based Reg Vardy, before joining Vertu Motors plc, which encompasses the Bristol Street Motors, Vertu Motors and Macklin Motors retail brands, in 2010.

His proudest moment within the group has been his involvement in creating the flagship Macklin Motors Nissan showroom in Glasgow.

He will continue his association with Vertu, working as a part-time consultant. 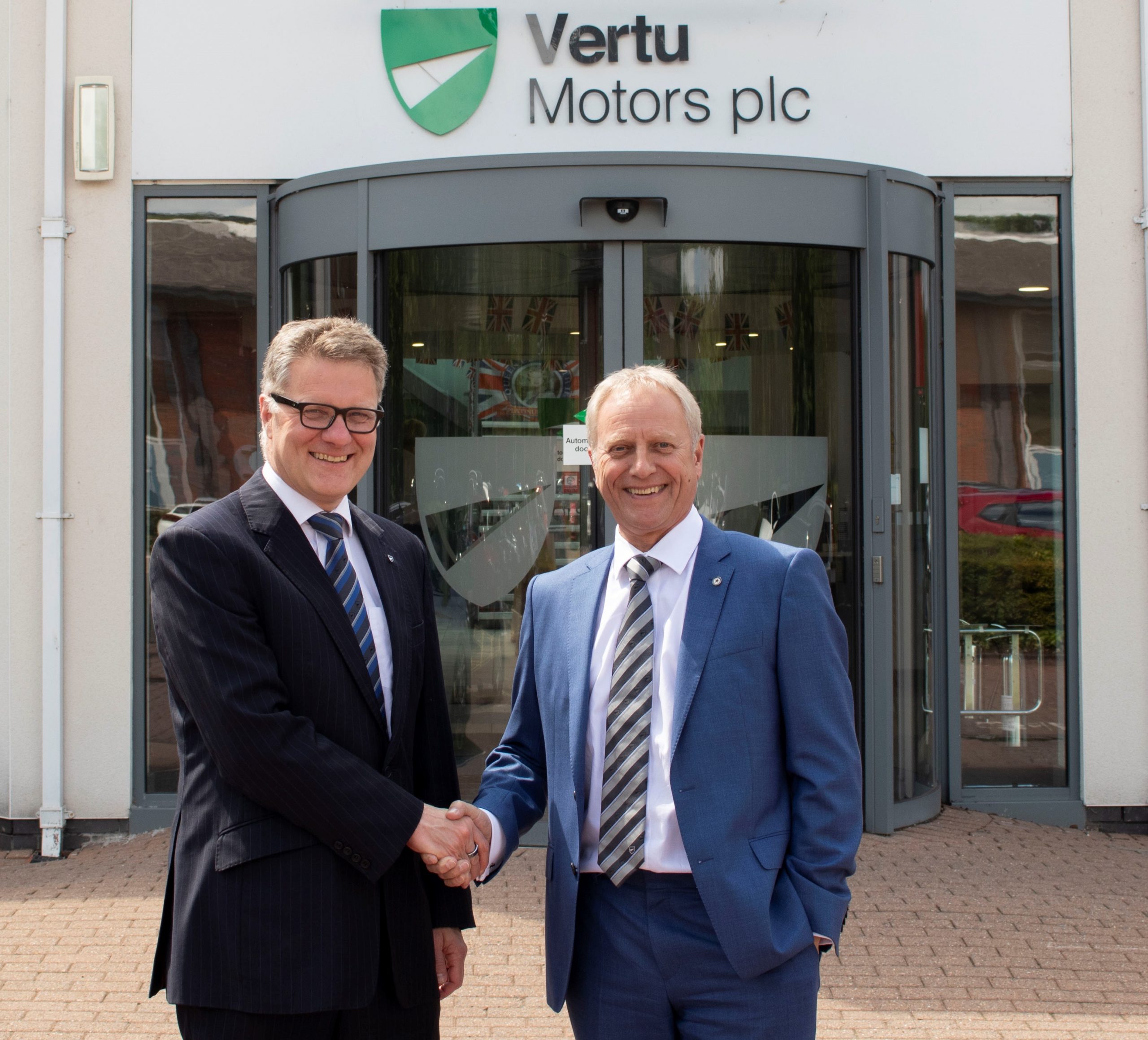 Johnson said: ‘I will be sad to retire from Vertu Motors as it has been a pleasure working for the company, and for Robert Forrester in particular – his drive and vision has made the Group what it is today.

‘I am looking forward to spending time with my family and enjoying regular rounds of golf.

‘I am pleased that I am not totally severing my links with Vertu, but still will work on projects for the business.’

Robert Forrester, CEO of Vertu, added: ‘Andy is a first-class manager with exceptional commercial acumen, in addition to extensive property experience and knowledge; I have thoroughly enjoyed working with him over the past 12 years.

‘We hope Andy enjoys his increased leisure time, although he will continue to play a part within the business as a consultant.

‘I, and all his colleagues throughout the group, would like to thank Andy for his significant contribution to the success of Vertu Motors plc. We all wish him well for the future.’