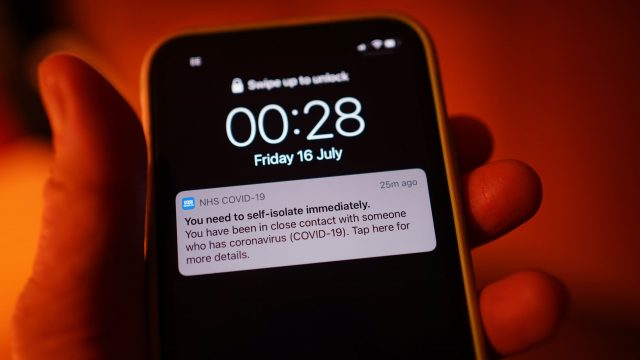 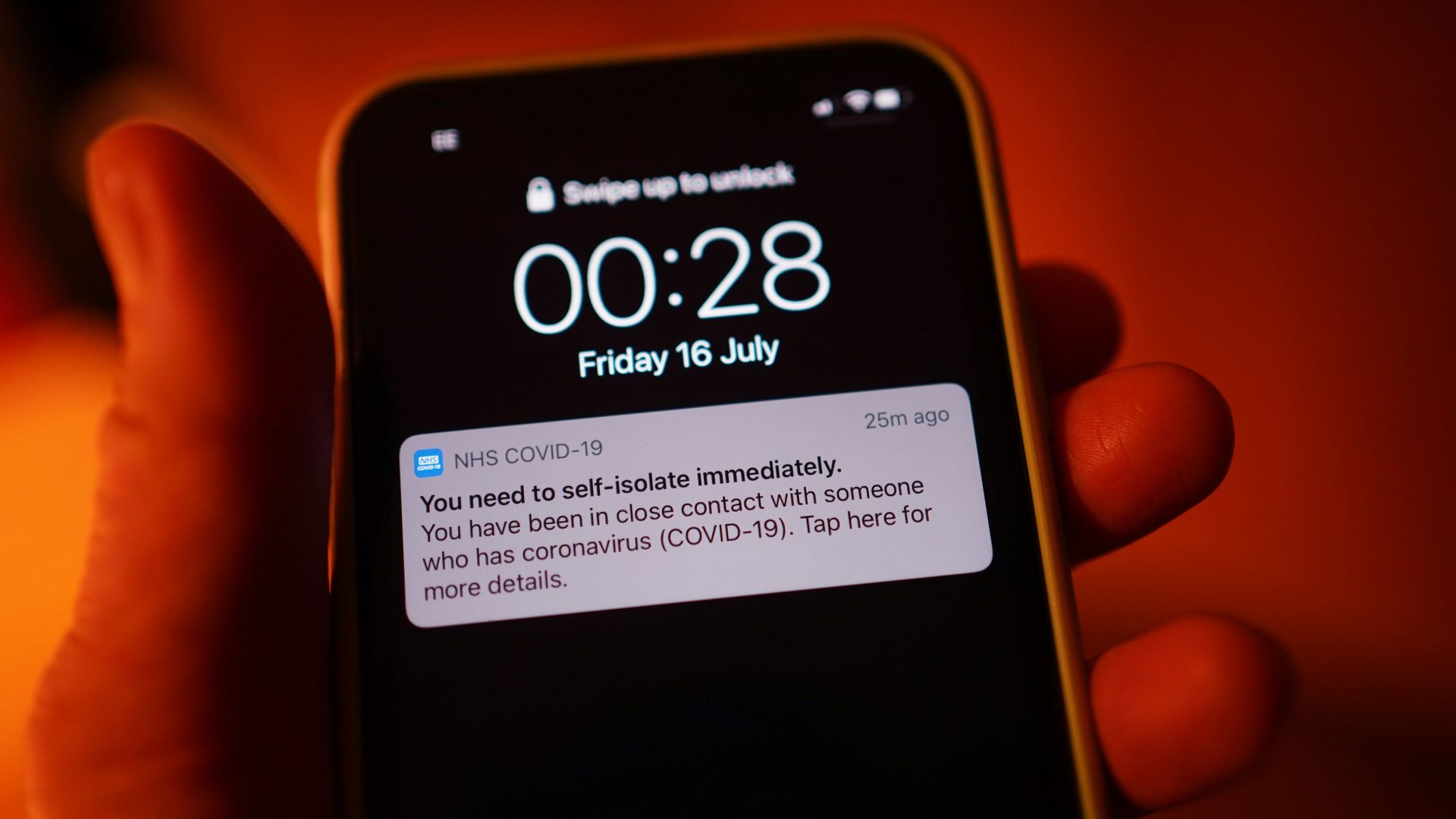 Car dealers have expressed concerns that the nationwide ‘pingdemic’ crippling retail sectors across the economy is already affecting the motor trade – and is ‘only going to get worse’.

This week, reports emerged that businesses are struggling to stay open because of large swathes of their staff being ‘pinged’ by the NHS Test and Trace app and forced to self-isolate.

Retailers have warned that supermarket shelves could remain empty if self-isolation rules aren’t relaxed for workers.

It’s now been revealed that a record 618,903 people were contacted by the NHS Test and Trace app last week and told to self-isolate, sparking the so-called ‘pingdemic’.

The situation has escalated to such an extent that the government has stated it will publish a list of workers who will be exempt from ping-forced self-isolation today (Jul 22).

Now dealers have expressed their concerns about the effects of the pingdemic on their businesses, amid carmakers facing increased pressure to keep UK new car production lines open.

One British carmaker has even rolled out a pilot scheme that allows daily testing of its workers instead of self-isolation.

Wessex Garages boss Chris Wiseman, who oversees a large number of sites across south Wales and the west of England, expressed frustration at an ever-confusing situation and warned it’ll ‘get worse’.

‘We are already seeing the effects of “pinging” through the NHS app and colleagues having to self-isolate from the government guidance,’ he told Car Dealer.

‘This is bound to get worse over the coming weeks in every industry.

‘In reality, the law is to mandatorily isolate only if you have been contacted by Test and Trace by phone or text.

‘If you have been pinged by the app, then the advice is to discuss the circumstances with your employer and advise anyone you may have been in close contact with.

‘This is obviously confusing for everyone involved and makes running any business extremely difficult.

‘We are doing everything to ensure that colleagues and customers remain safe by tightening our Covid protocols across the business.’

John Marshall, SW Car Supermarkets’ operations director, believes the pingdemic is just another trial the motor trade has to suffer after a year of struggles.

‘It seems like one thing after the other at the minute, just at the time we most need to recover from the past 18 months.

‘We are clear so far, but obviously it would have an adverse impact on our business should we have employees having to self-isolate.’

Dealers no longer have to have Covid restrictions in place, but many are continuing to do so as the number of confirmed cases is on the rise

Independent car dealer Umesh Samani, who is chairman of the Independent Motor Dealers Association, says he’s all too aware of the risks of being pinged as an owner-operator.

‘It’s a massive worry and not just recently,’ he told Car Dealer. ‘I’ve had my concerns all of the time, especially being a small, one-man band on my Specialist Cars side and only having a handful of staff in the workshop.

‘If I had to isolate, the business would stop.

‘I’m still taking all the precautions and making sure all the staff in the workshop do, but as we know, it’s not impossible for any of them or even me to be in contact with someone who’s got Covid or been in contact with others and we get the snowball effect.’

Samani added: ‘One of the guys in the workshop went on holiday abroad on Monday to a place currently in the “green zone”.

‘I’m hoping in the next 10 days that doesn’t change, as he’ll have to isolate. He’s fully aware of the situation.’

For Jamie Caple, the owner of used car dealer Car Quay, however, the ‘pinging’ of employees started with a ‘bang’.

‘We have become more relaxed recently and have been going away from social distancing like most people have, thinking that we were getting back to a bit of normality,’ he explained on episode 30 of the Car Dealer Podcast.

‘And then bang! Two weeks ago, multiple members of my sales team got pinged and they’ve all had to self-isolate.

‘I know friends have said you should just ignore it and bring them in, but I play by the rules.

‘I think to myself Covid has actually been really good for our business – the government has really supported us.

‘Do you know what? If we have to have a week and a half without the sales team then so be it. I’ll roll my sleeves up.

‘Now we’re back to everybody in masks. As a team, you start to get closer together, little high fives, elbow bumps.

‘Since that’s happened, everybody is keeping their distance and the hand sanitiser pumps are being abused again. It’s brought it back to the forefront of our minds that this hasn’t gone away.’

Carmakers with manufacturing plants in the UK have also been affected by the pingdemic.

Last week, we reported that Rolls-Royce Motor Cars was reaching a ‘critical point’ in manufacturing cars because of staff being forced into self-isolation.

The BMW-owned British luxury marque said it feared production may be slashed in half due to dwindling numbers of available workers.

A spokesman for Rolls-Royce said: ‘We operate a two-shift system and every car is hand-built to customer order.

‘We are extremely concerned at the number of employees at our manufacturing plant who have been forced to self-isolate after being notified by the NHS Test and Trace app.

‘We are approaching a critical point – it will be necessary to reduce our two shifts to one if numbers of self-isolations continue to rise, effectively halving production.

‘This would be deeply detrimental to our customers’ expectations and our business.’ 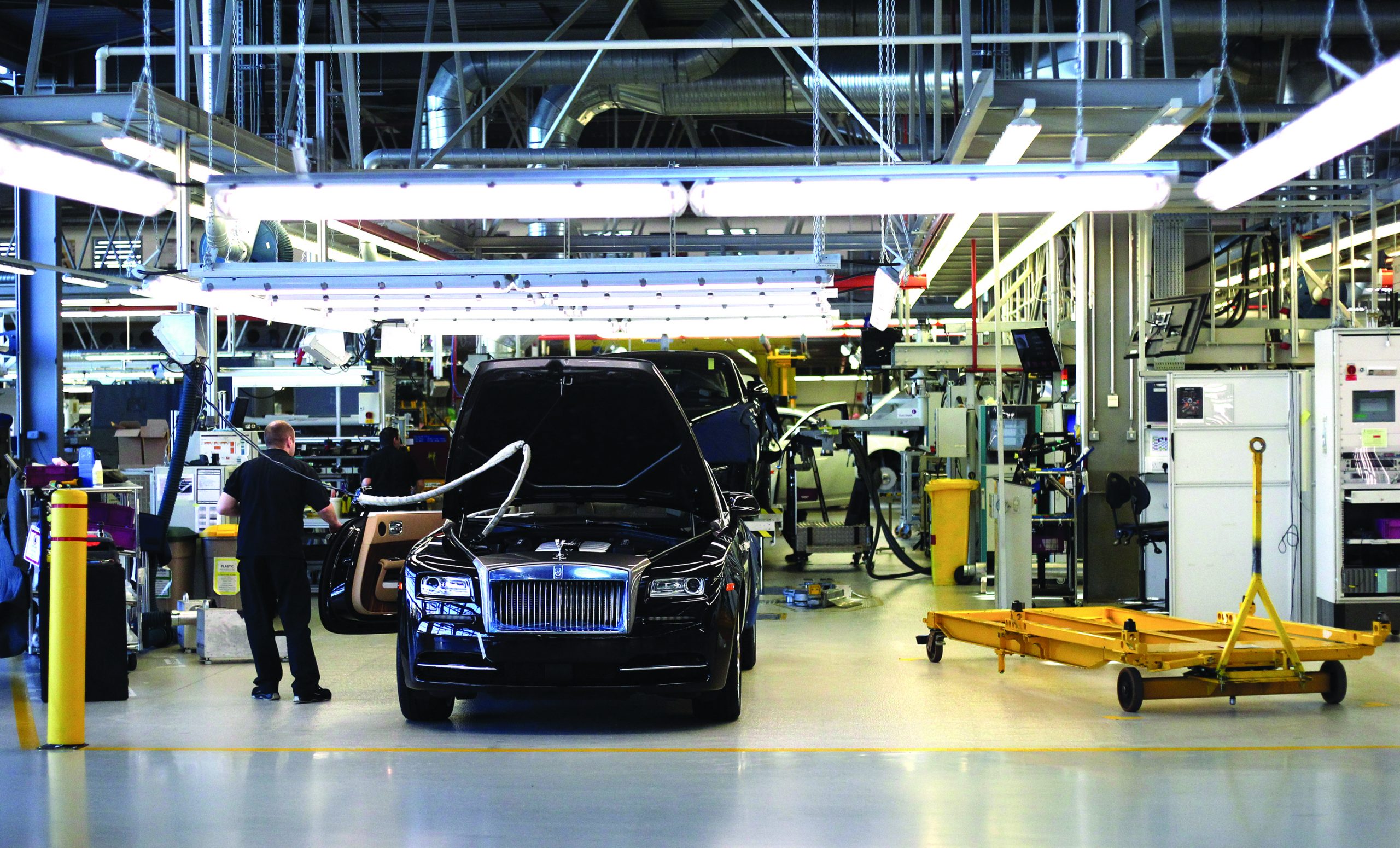 Rolls-Royce’s woes followed earlier reports of 10 per cent – around 900 workers – of Nissan’s workforce at its Sunderland factory self-isolating.

When asked by Car Dealer for an update on the situation, Nissan GB declined to confirm whether it had improved or worsened.

The Japanese carmaker reiterated its position a week ago, saying: ‘Production in certain areas of the plant has been adjusted as we manage a number of staff being required to self-isolate following close contact with Covid-19.

‘The well-being of our team is our number one priority and we remain confident in the rigorous safety controls we have on site.’

Another BMW-owned British brand, Mini, told Car Dealer: ‘We can confirm that we are monitoring cases closely and at the moment production is not being affected by this issue.’

However, Britain’s largest carmaker, Jaguar Land Rover, said it was operating a testing programme to keep its workers on production lines.

In a statement to Car Dealer, a Jaguar Land Rover spokesperson said: ‘As part of our Covid-19 measures, we are offering daily contact testing, working with the Department of Health across our manufacturing plants, which has reduced the number of people we have self-isolating.

‘This offers daily lateral flow tests to anyone identified as a close contact outside of the household of someone who tests positive for Covid-19.

‘If the result is negative, the person can continue to work rather than self-isolate.

‘If an employee does not want to take part in the daily contact testing programme, they will self-isolate at home in line with the UK government advice.’