Dealerships of all sizes were given an equal chance to shine at the 2021 Car Dealer Used Car Awards with different categories depending on the size of their stock.

Taking home the trophy for Up To 50 Cars for the second time was Prestige Diesels and Sports, based in Portsmouth and run by Alexis Cassey and Scott Shilcock.

Car Dealer editor-in-chief James Baggott said: ‘It’s very unusual for a dealership to receive one of our Used Car Dealership of the Year awards twice, so it’s huge congratulations to Prestige Diesels for picking up the Up To 50 Cars gong twice.

‘The level of detail they go into with every car is really impressive and our mystery shoppers were blown away with the care they took when selling the car. Well done again to Scott and Alexis for a well-deserved win.’

Shilcock said: ‘We won this award back in 2014, so tonight we were not expecting to win again. I think this one means more, because it’s a tough category and we really didn’t think we’d win again.’ 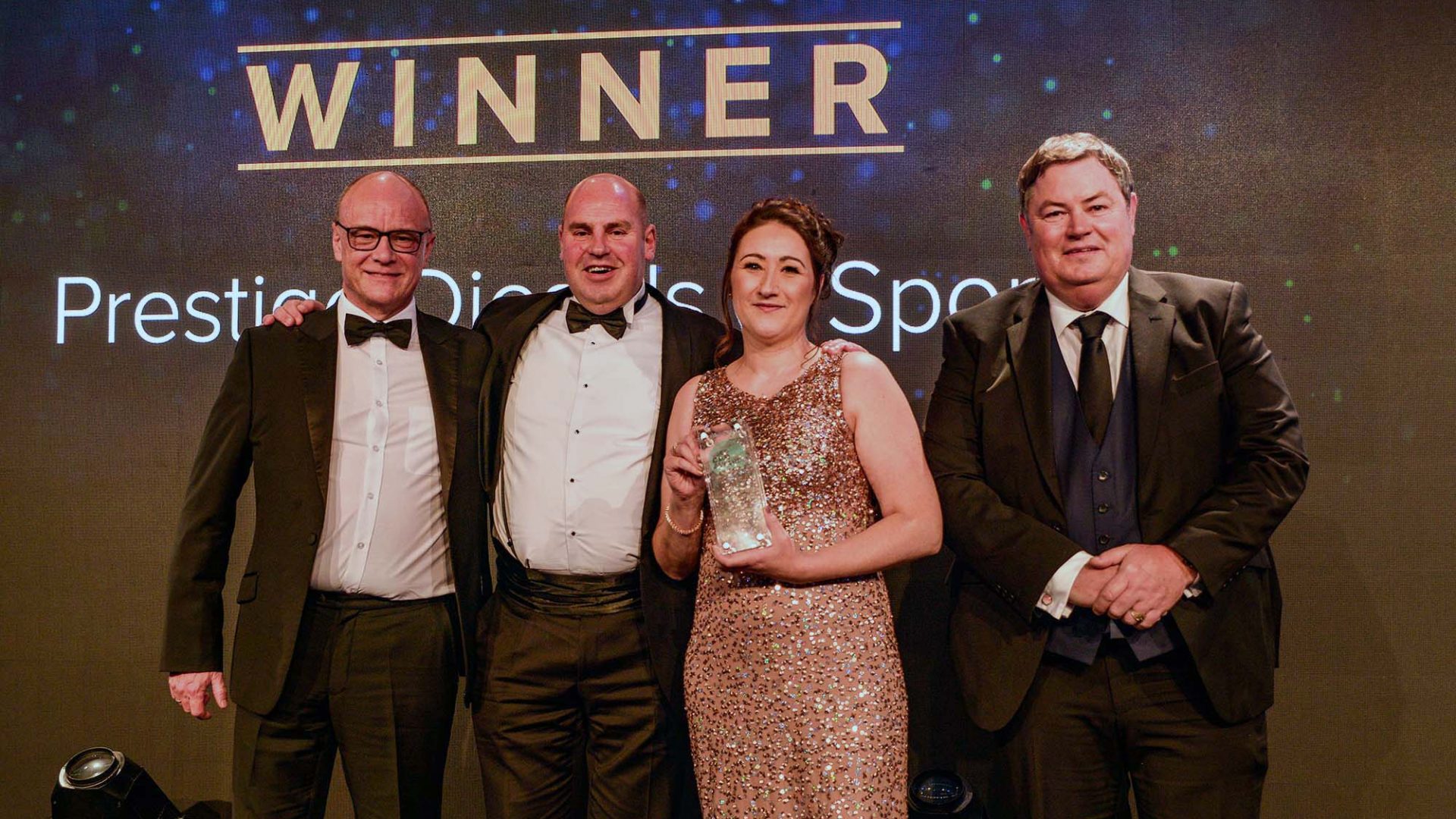 Cassey said: ‘I’m just so proud for little old us. To be honest, I have to put everything on Scott who worked really hard while I looked after our daughter this year. He works so hard, and is honest with the customers.’

Next up, the 51-100 Cars category was won by Acklam Car Centre of Middlesbrough, which also scooped the trophy for Used Car Customer Care.

Baggott said: ‘Acklam Car Centre can be incredibly proud of their achievements at the Used Car Awards. They seriously impressed our judges and aced the mystery shopping. They were nominated in three categories and won two!

‘It’s no mean feat winning one Used Car Award let alone two. What a year for the Acklam team!’

Managing director Chris Andrews said: ‘Winning the 51-100 car category was particularly special. It’s a credit to every member of staff. Everyone puts the work in and devotes a lot of effort to the company. All their effort and hard work has paid off – superb!’

Asked what the secret of its success was, he said: ‘It’s a combination of a lot of things. We have some great customers and we do a really good job online. 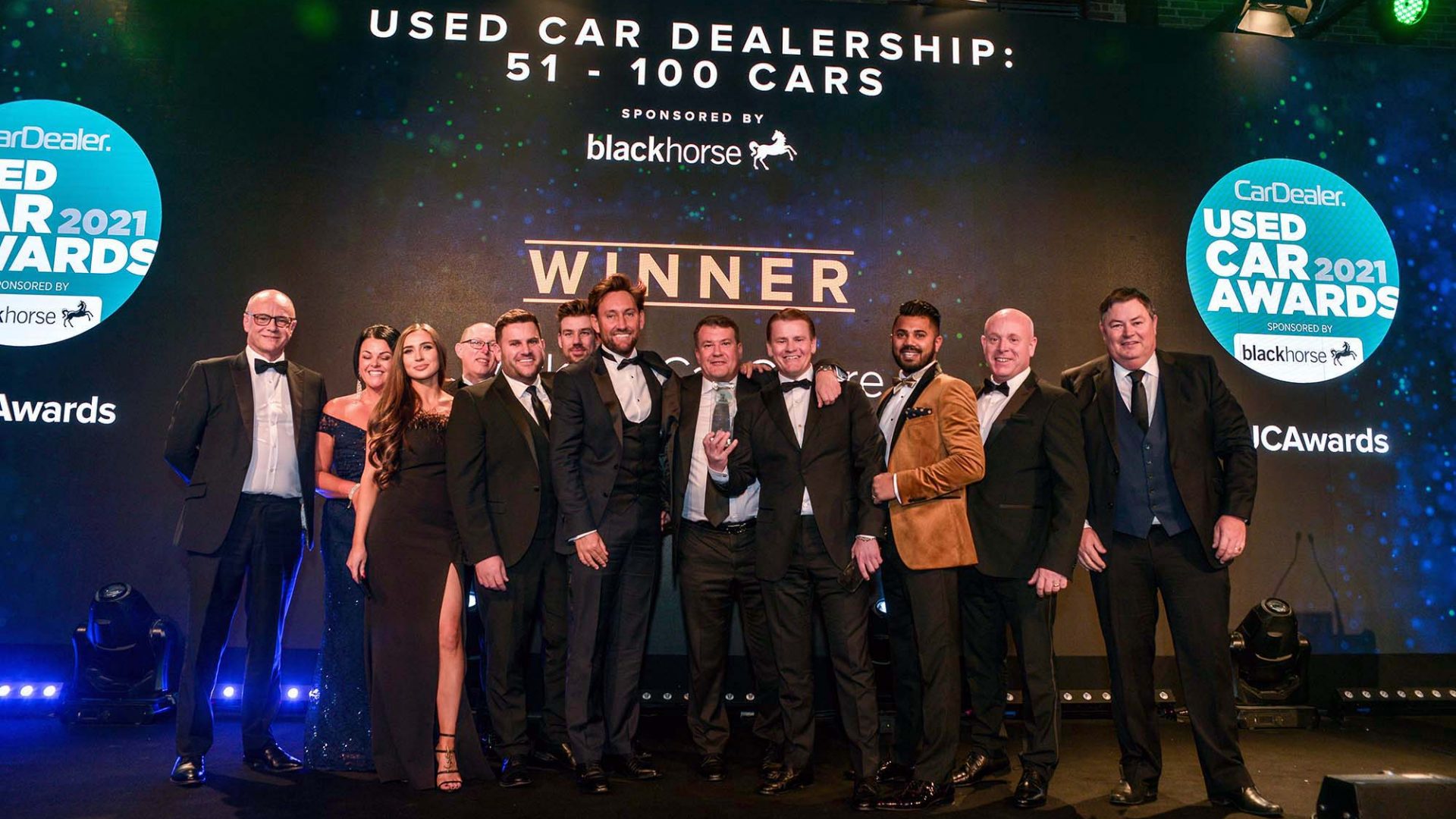 ‘When we get up tomorrow morning, we’ll look to go for this award next year as well.’

Meanwhile, Trade Price Cars of Wickford, was named the Over 100 Cars category winner.

Baggott said: There was a series of successes for Trade Price Cars in this year’s awards.  The dealership was nominated in three categories and took honours in all of them.

‘First there was a highly commended in the Used Car Sales Team category, then young Elliott Rosoman won the Future Star category – something he was clearly made up about.

‘And then they topped it off with a win in the Used Car Dealership of the Year category for over 100 cars. A big night for a brilliant business. Well done to them all!’

Trade Price Cars owner Dan Kirby said: ‘I’m speechless, absolutely speechless. It’s amazing to win it after such a turbulent year. We’ve had one thing or another and it means so much to the team. We’ve got a big crowd of us here and everyone was really delighted when our name was announced. 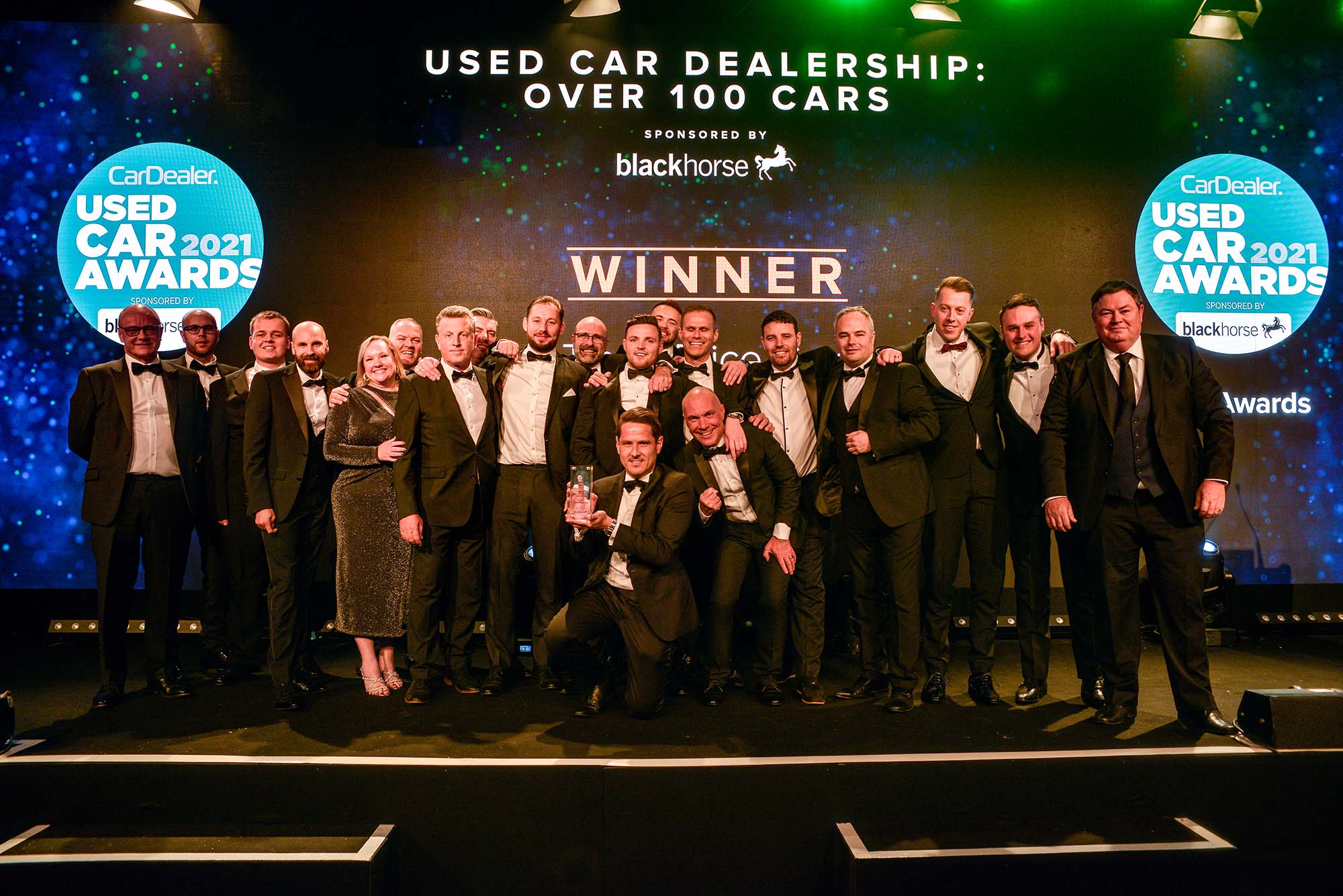 ‘It’s all down to the people – we’ve got a great team. We don’t say that lightly and a lot of people think the same but we really have got a fantastic team of people.

‘They all pull together, work as one, are enthusiastic and love coming to work as much as you can!’

MB Motors Ballymena and Redgate Lodge were highly commended in this category.

The categories were all sponsored by Black Horse.