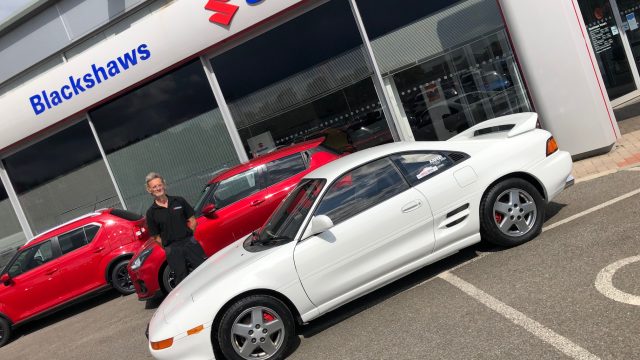 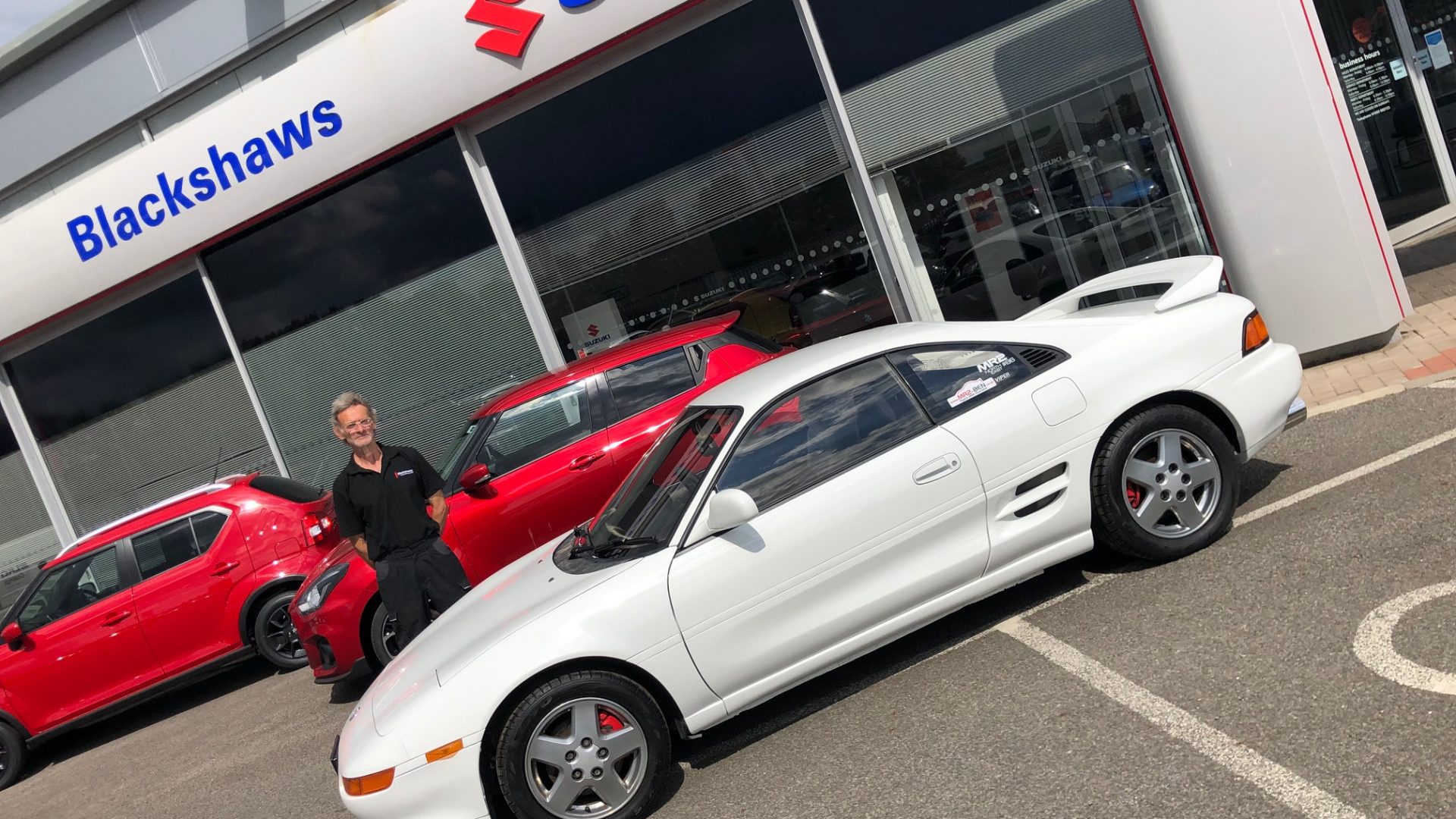 A car dealership has marked a valeter’s 30th anniversary with the company by restoring a Toyota MR2 that had belonged to his recently deceased son.

John Fawcus was left devastated when his son, Russell, passed away in his early 30s during the pandemic.

Prior to his death, he had been planning to restore a battered and bruised MR2 but never got to complete the project.

After he died, his heartbroken father pledged to get the car back on the road in his honour.

Around a year later, his employers at Blackshaws Garage in Alnwick were on the lookout for a way to celebrate his 30th year with the firm.

Unbeknownst to John, bosses decided that they would complete the project and return the car to the road for him.

They initially hoped to do the work while the valeter was on a week’s holiday before surprising him with the finished product when he returned.

However, they were forced to tell him what they were up to as work dragged on to around a month.

Now complete, the MR2 has been given a full respray as well as having the engine removed and painted, new sills and replacement suspension parts. 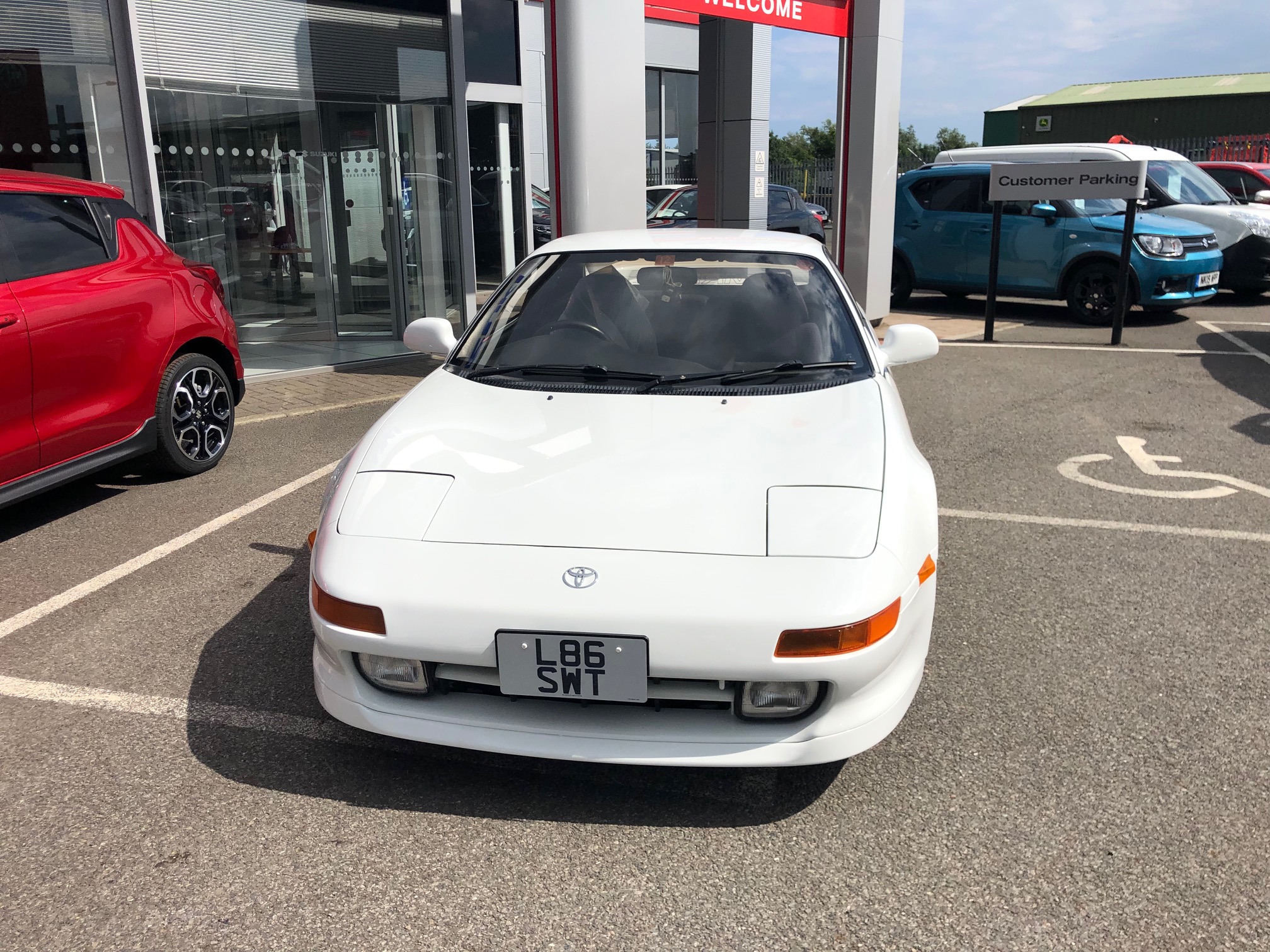 ‘Obviously being during the pandemic it made it even harder, although it wasn’t because of Covid that he passed away.

‘He was obviously really upset as his son had only been in his early 30s.

‘Fast-forward 12 months and it was John’s 30th anniversary with the company and we wanted to do something to thank him for his loyalty.

‘His son had an old MR2 which had knackered sills,  the engine had a bad fuel leak and it needed some suspension work – it was quite a mess to be honest with you.

‘John had said he wanted to get the car back on the road in his son’s memory so to thank him for 30 years’ service we decided to do it ourselves.’

Blackshaw said John was ‘very emotional’ to see the car back on the road.

The white sports car has now been given a new lease of life and looks spectacular.

Blackshaw added: ‘It looks really good now and that was our thank-you present to John – to get this car back on the road.

‘It was about a month’s worth of work as we were doing it around other jobs.

‘Initially we tried to do it while he was on a week’s holiday, but the further we got into the job the bigger it came.

‘John was very emotional about the whole project and really grateful for helping get his son’s car on the road in his memory.’

Russell’s cause of death has not been revealed. 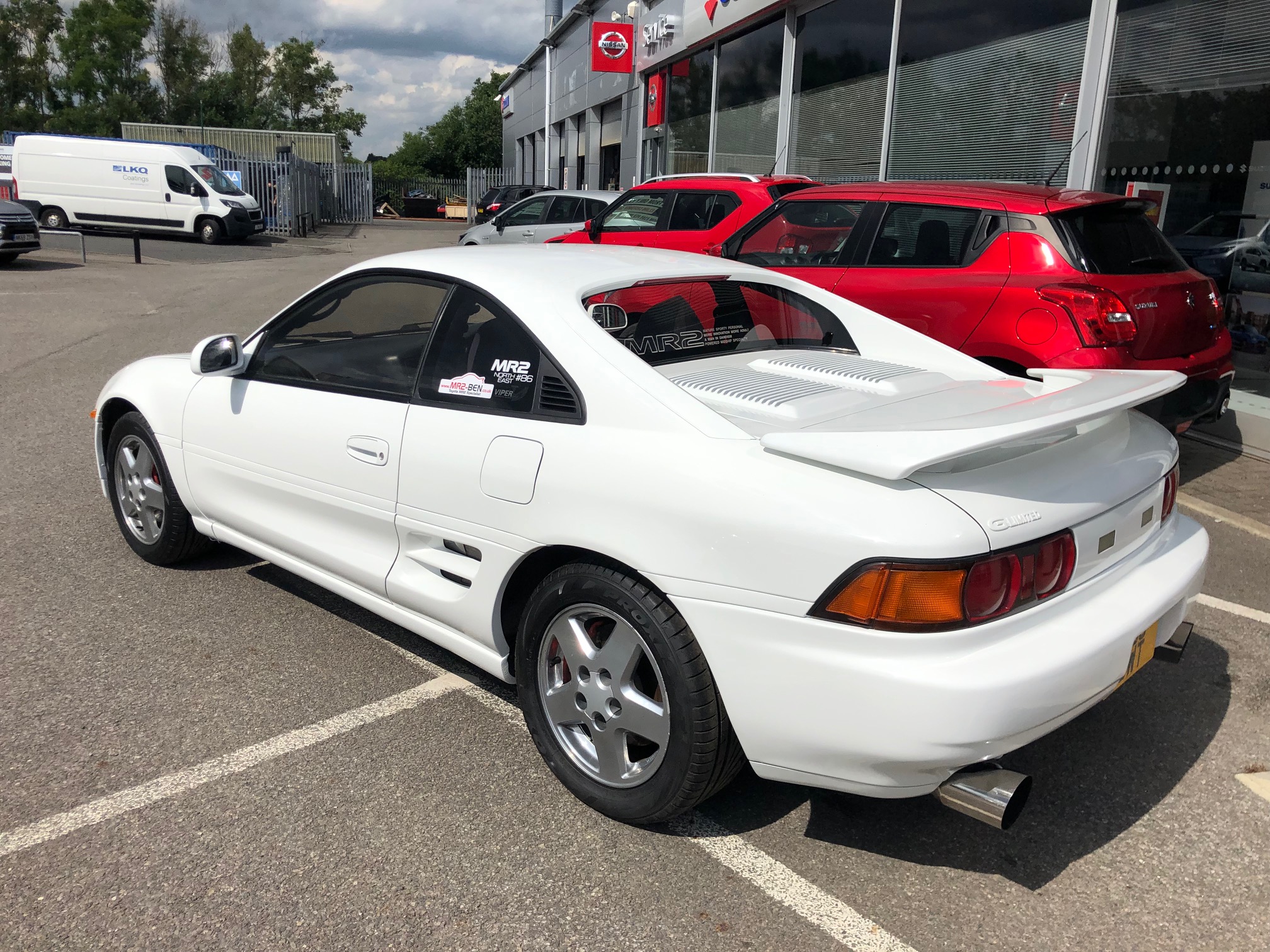