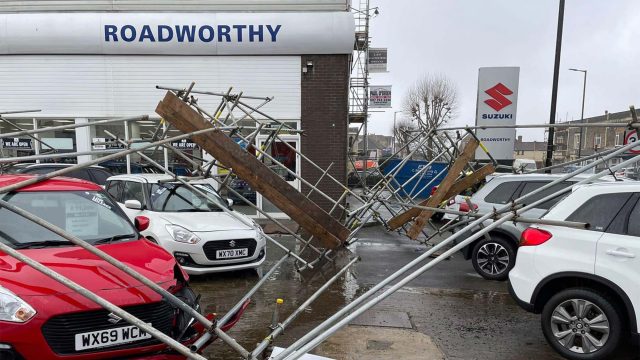 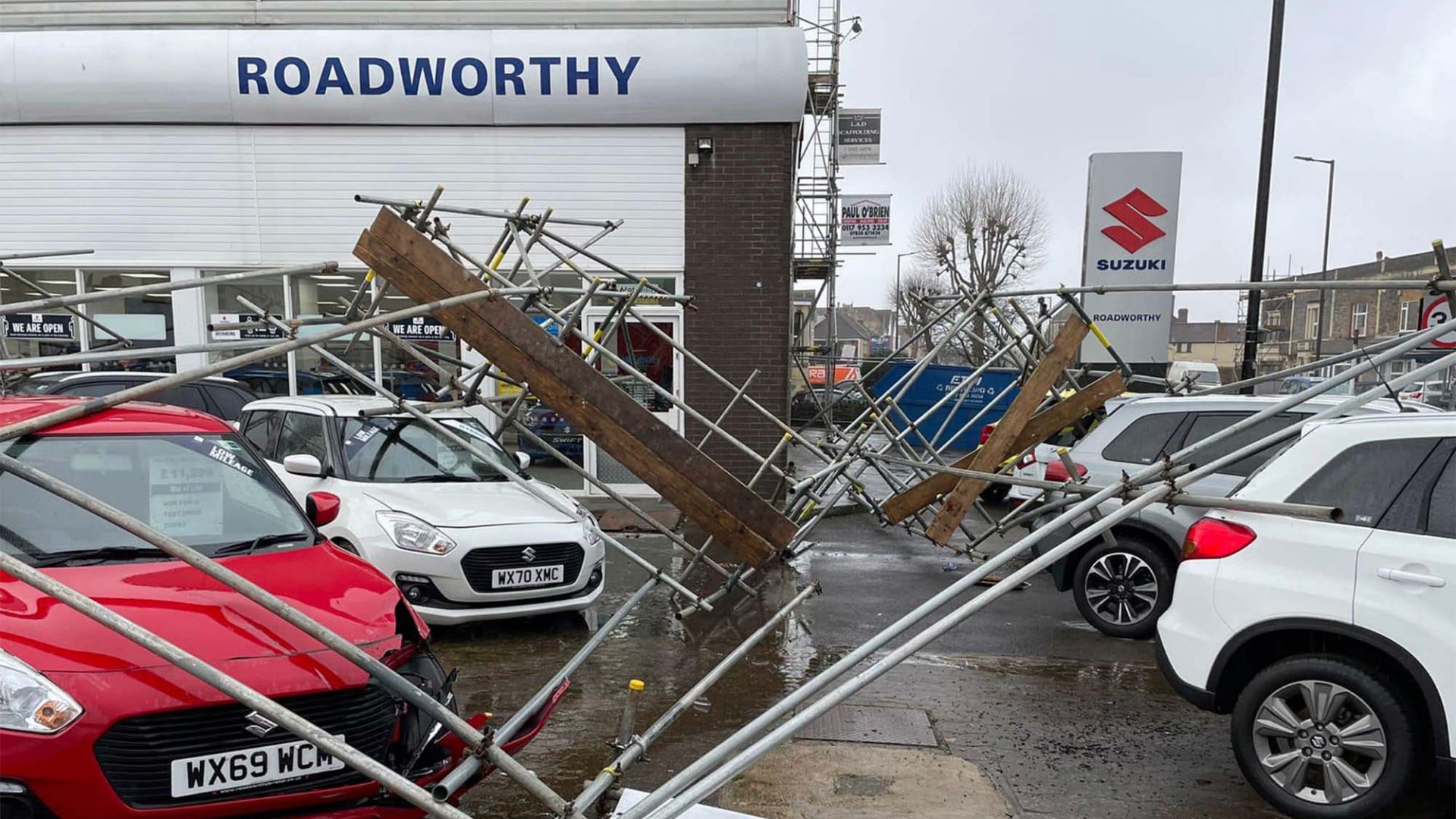 A car showroom in Bristol was back open for business the day after Storm Eunice caused hundreds of thousands of pounds of ‘catastrophic damage’.

Scaffolding came crashing down on some 15 cars at Roadworthy Suzuki on Friday (Feb 18), but fortunately nobody was injured.

The dealership in Fishponds Road was forced to close for the day as the site was declared unsafe and a clean-up operation took place.

In a Facebook message posted at just before midday on Friday, brothers Steve and Chris Hoare, who are managing director and aftersales director respectively, said: ‘We have suffered catastrophic damage to our dealership as a result of Storm Eunice.

‘Our site is no longer safe and therefore we have been forced to close until further notice. 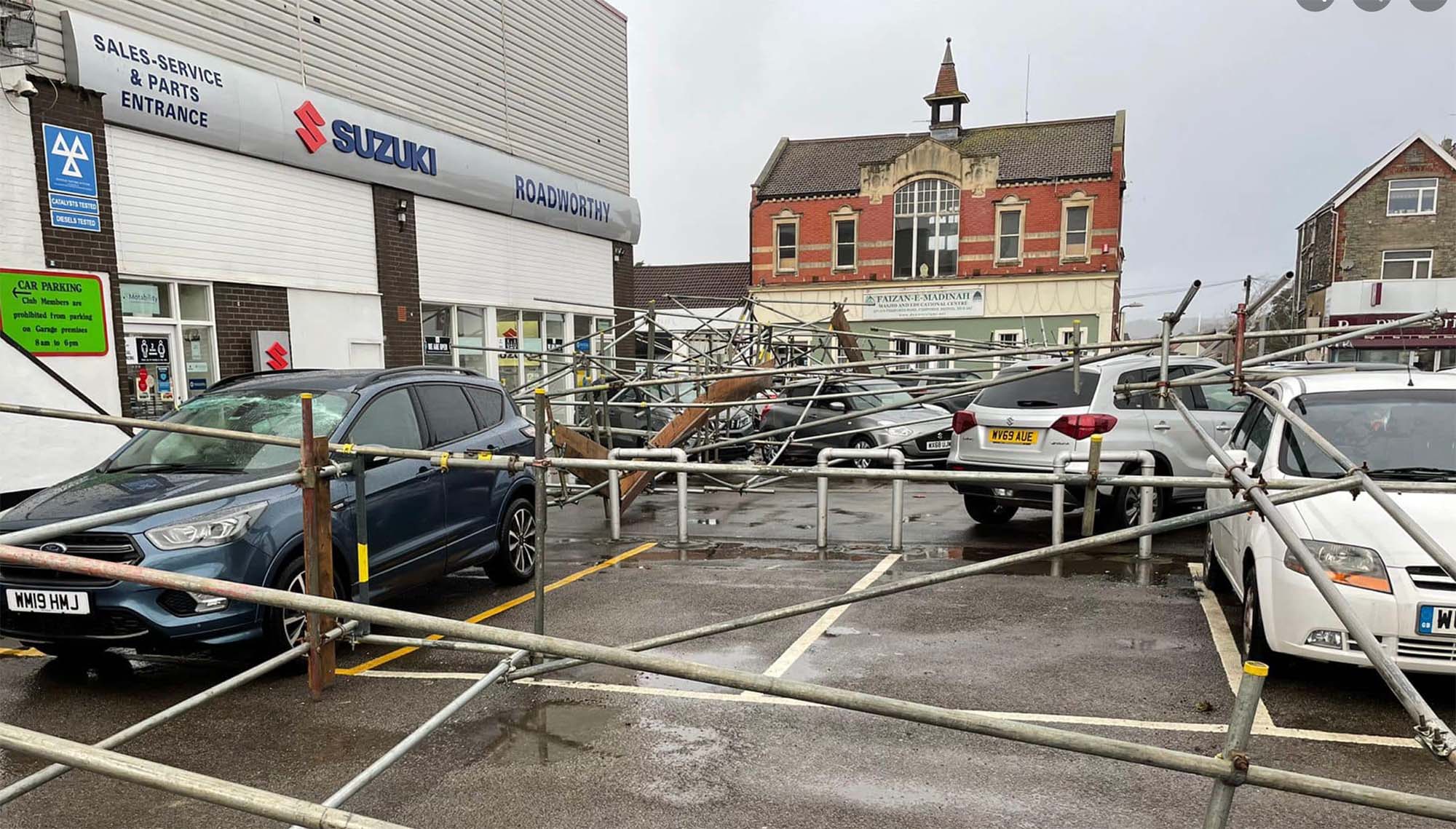 ‘We are incredibly grateful that no one has been injured. This could have been so much worse but we are all heartbroken by the damage caused to our building and our vehicles.

‘Please bear with us whilst we ride out the remainder of the storm and make our premises safe.’

Just after 3.30pm the same day, the dealership team posted another message to say that it would be open again from 8am on Saturday.

‘We are just about recovering from the shock of today’s events. The site is now clear and safe and we are open as usual from tomorrow morning.

‘We would like to take the opportunity to thank firstly our amazing staff for helping us today and for their support.

‘And to our families, friends and customers – we have been inundated with offers of help and kind, caring words. This means more than you will ever know. Thank you to each and every one of you.’

And posting Elton John’s video of his 1983 classic I’m Still Standing, in which the superstar can be seen driving a Bentley Corniche, they added: ‘As the storm (and our nerves) calm down, we’ll leave you with the words of one of the greats to see you into the weekend!’

Steve Hoare was quoted by Bristol Live as saying: ‘We’re just thankful. It was a blessing that no one has been hurt at all, especially when a customer had come through the doors just 10 seconds before.

‘It’s caused substantial damage. We’re talking three storeys of scaffolding and it’s come down on something like 12 to 15 cars and just crushed some of them.

‘Obviously they are all damaged. It’s devastating – we were just getting back to normal after Covid and getting business back on track, and now this. It’s going to be hard to replace those cars.’ 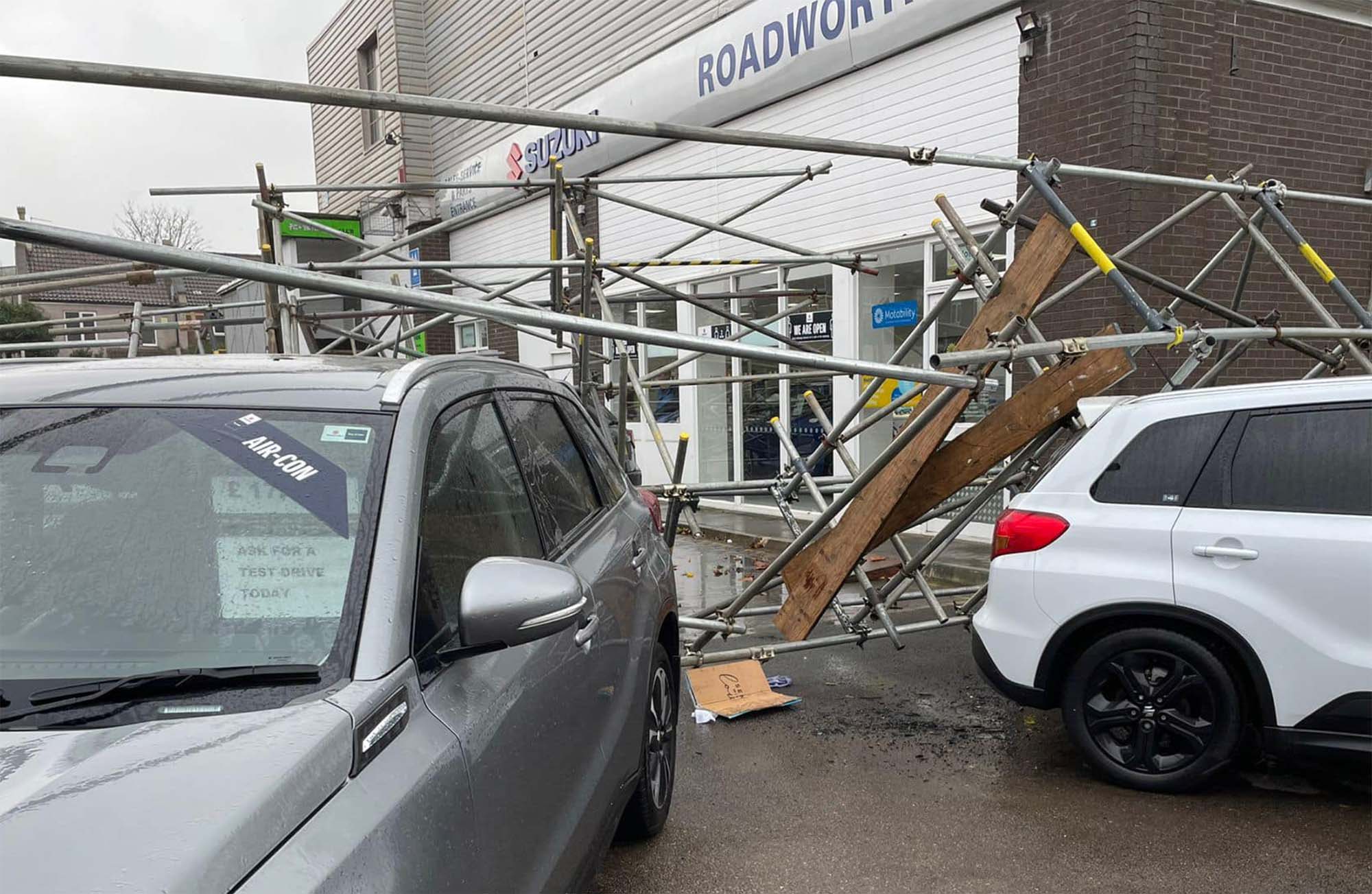 ‘We have had lots of support. People saw it on Facebook and have been coming in offering to help us. We’re just tidying up really – that’s all we can do – and wait for the insurance company to arrive to sort things out.’