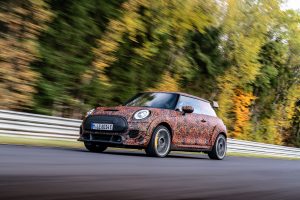 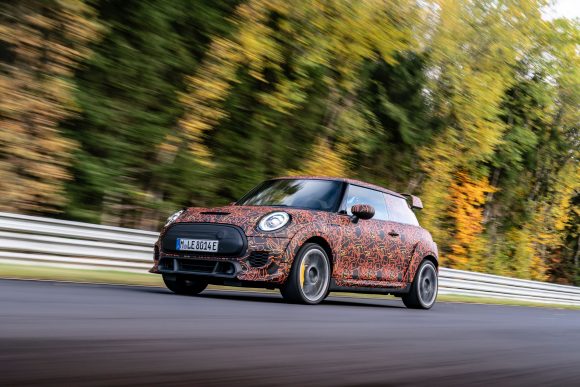 Despite the bruising revolt, the Commons backed the PM’s new measures meaning 99 per cent of the nation entered the toughest Tier 2 and 3 restrictions today.

MPs backed the curbs by 291 votes to 78 – a government majority of 213 – last night, paving the way for 55m people to remain unable to mix indoors with those from other households.

Cabinet Office Minister Michael Gove has hit out at the EU for trying to take the ‘lion’s share’ of British fish stocks as Brexit talks go down to the wire.

The senior minister also called for Brussels to move on other areas of contention such as dispute resolution, as he insisted ‘it takes two to tango’.

The remarks came as negotiations continue, with both sides stressing that time is running short to strike an agreement. Gove urged businesses to be ready for the deadline whether a last-minute deal is struck or not.

Mini has confirmed that it will build its John Cooper Works performance models with electric powertrains in the future.

The British firm recently began selling an electric version of its regular hatchback, but now says this new vehicle architecture will not spell the end of its faster variants.

Mini says the success of the Countryman plug-in hybrid and Cooper Electric has encouraged preparations for ‘the next step in the development of electric John Cooper Works models’.

Shares in Zoom fall as growth tapers off

Zoom’s growth is showing signs of tapering off after becoming a fixture in everyday life amid the coronavirus pandemic.

The company’s quarterly results showed revenue more than quadrupled from the same time last year to £582m, yielding a profit of £148m, up from just £1.65m a year ago.

Both those figures easily topped the estimates among analysts, but Zoom’s stock still shed five per cent in Monday’s extended trading after the numbers came out.

The price of stamps is set to rise from January, with a 1st class stamp going up 9p to 85p and a second class one up 1p to 66p, Royal Mail has announced.

Bosses said they have ‘considered any pricing changes very carefully’ due to the coronavirus pandemic but said the rises were ‘necessary to help ensure the sustainability’ of the universal service.

The new prices start from January 1.

Debenhams set to close all stores for good

Debenhams is to start a liquidation process after JD Sports confirmed it had pulled out of a possible rescue deal, putting 12,000 workers at risk.

The 242-year-old department store chain said its administrators have ‘regretfully’ decided to start winding down operations while continuing to seek offers ‘for all or parts of the business’.

It is understood that the collapse of rescue talks were partly linked to the administration of Arcadia Group, which is the biggest operator of concessions in Debenhams stores.

Pub bosses have warned the cost of closure will far outweigh the £1,000 promised by Boris Johnson for establishments unable to open under England’s new restrictions.

Under Tier 2, pubs and restaurants can only serve alcohol alongside a ‘substantial meal’, while in Tier 3 venues are restricted to offering only takeaway and delivery services.

The PM announced the one-off payment for establishments which are unable to offer food.

A no-deal Brexit would hammer sectors that have so far proved resilient to the coronavirus pandemic and force another shake-up of Britain’s battered economy.

The Office for Budget Responsibility (OBR) told MPs that failure to agree an EU withdrawal deal would impact firms that are helping the economy through the coronavirus crisis – such as manufacturers, financial services and agriculture.

It would lead to further job losses and an additional impact to UK activity at a time when the economy is already facing the biggest plunge in output for more than 300 years.

Wintry feel to the rest of the week

The BBC says a band of rain will move south-eastwards into England and Wales during today, leaving behind sunny spells and patchy cloud with blustery showers in the north and west.

Tonight, blustery showers, wintry on the hills, will continue in northern areas. In the west and the south, cloud will build during the night, with showers arriving to the south-west after midnight.

Tomorrow, the southern half of Britain will see frequent outbreaks of rain and showers. Elsewhere will be drier, with lengthy sunny spells in northern Scotland.