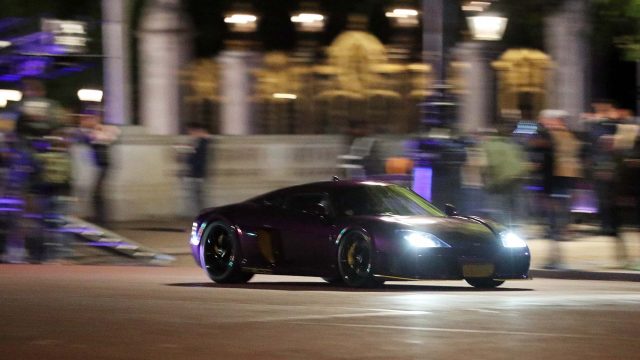 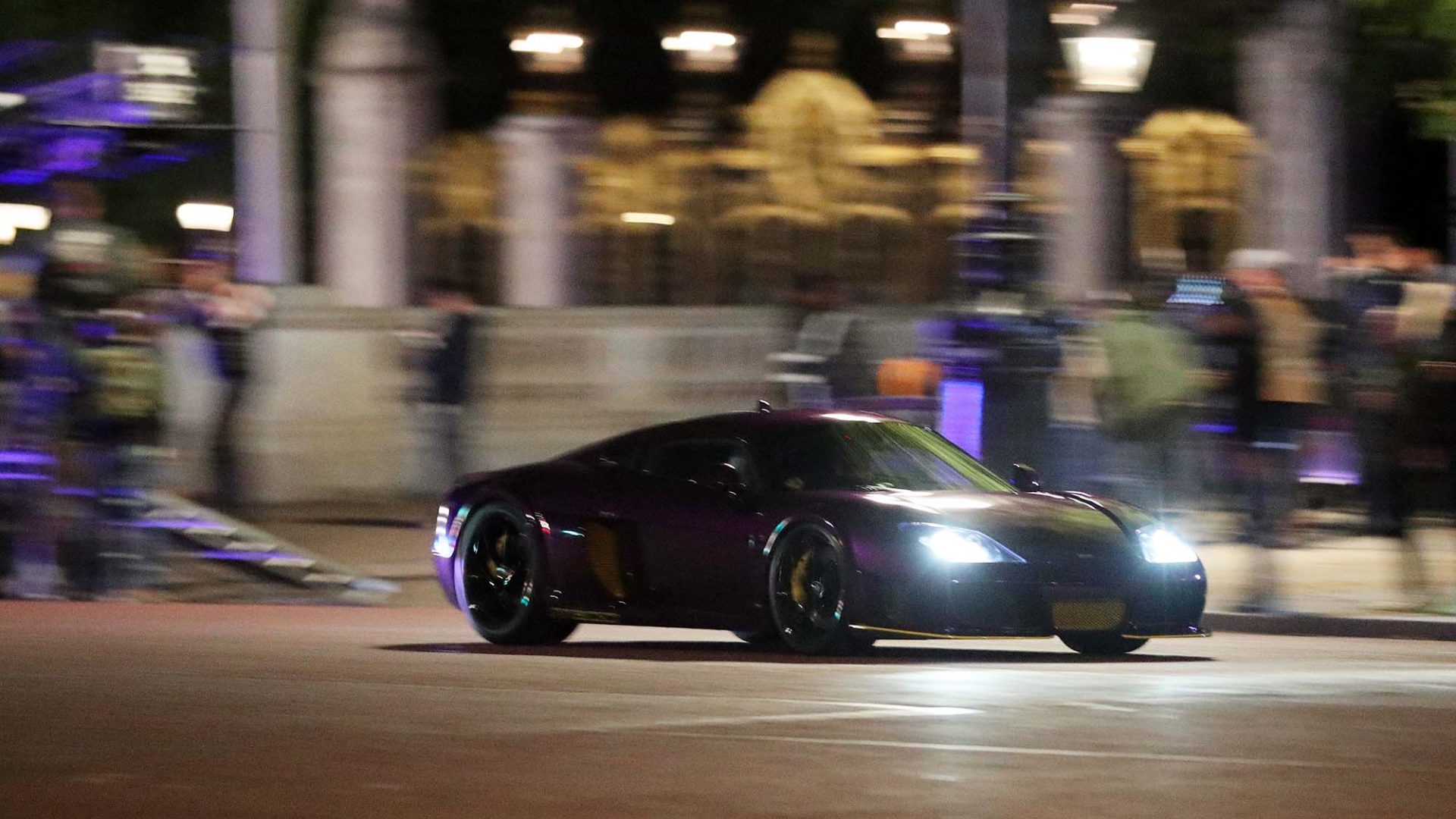 That’s according to Sung Kang, who reprised his fan favourite role of Han Lue in the ninth and most recent  outing of the blockbuster franchise.

The films started life in 2001 with a focus on street racing, but they now feature international heists with scores of gas-guzzling supercars on display.

However, as the internal combustion engine faces an uncertain future because of climate change, they could soon become anachronisms.

But talking to the PA news agency to promote the release of the director’s cut of F9, Kang said he didn’t believe the franchise should go electric.

‘As a car person I hope not. Come on, let’s keep it as petrol as much as possible.

‘We need some V12s. Electric cars are so quiet, the visceral sound effect isn’t there.

‘You want that American iron or the turbos or the nitrous, the superchargers to be in the backdrop. That’s why we fall in love with these cars.’

A supercar is pictured being used for a chase sequence during filming for Fast and Furious in The Mall, central London, in September 2019