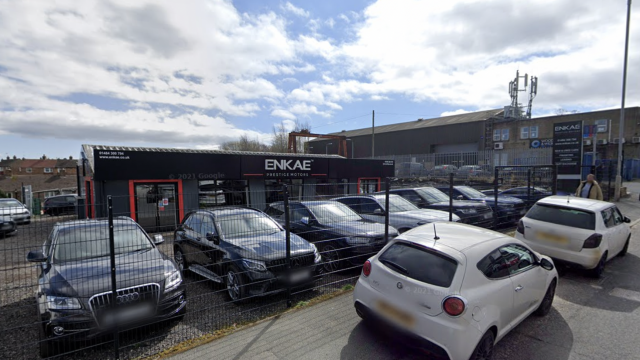 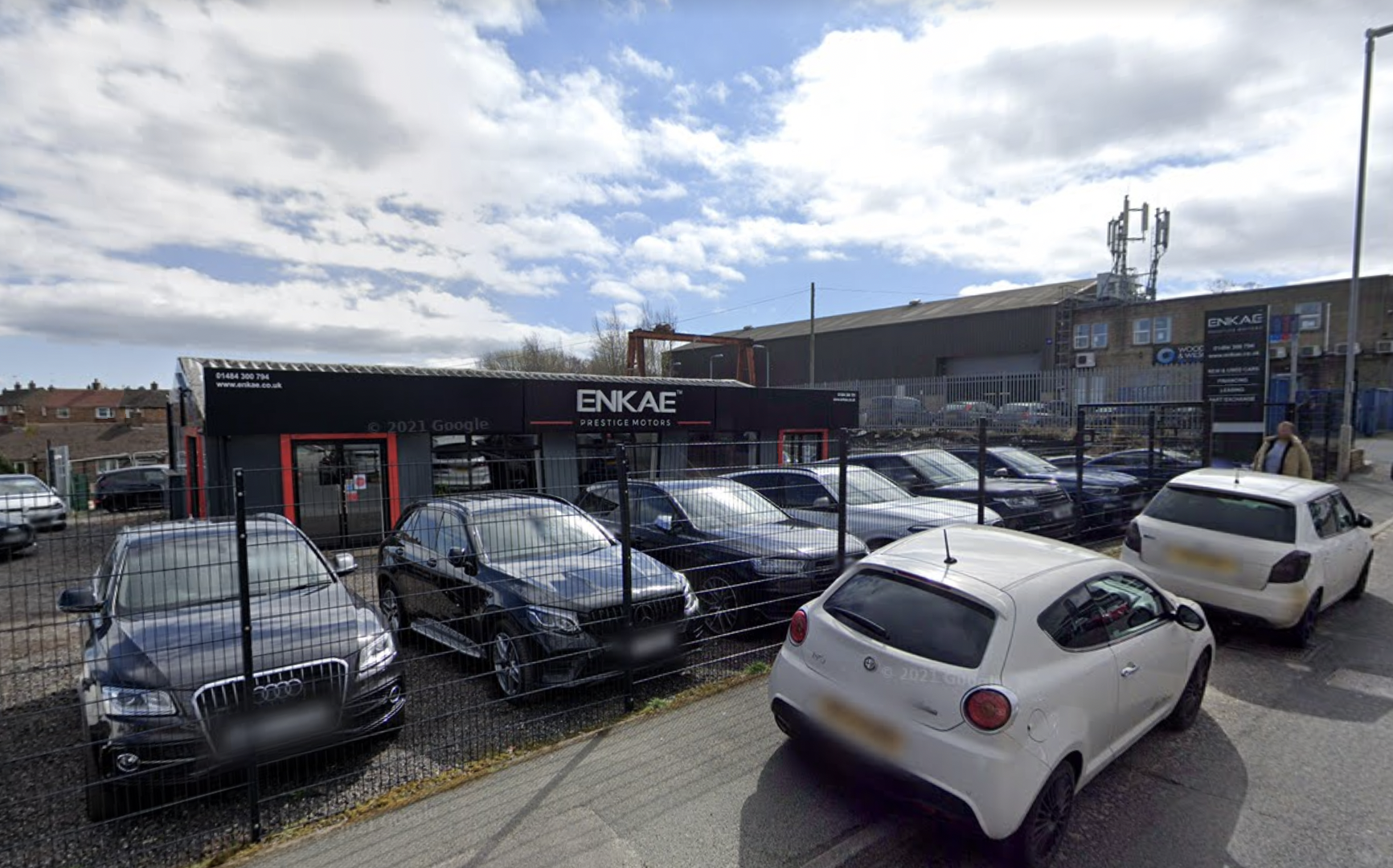 This is the shocking moment a high-speed police chase came to a dramatic climax when a suspect crashed into a used car dealership.

The car can be seen speeding into shot before smashing through a fence and into the dealership.

The Golf then rolls onto its side before police arrive on the scene moments later.

Yorkshire Live reports that the collision damaged an estimated £230,000-worth of brand new German cars that were sat on the forecourt at the time.

There was also minor damage to two other vehicles.

James Brown, sales director at the dealership, said the incident was likely to cause the business a £150,000 hit.

He also questioned the police for getting involved in the high speed chase in a built up area.

He said: ‘Those are the cars that you can buy, or even order from a main dealer at the moment, they’re really rare.

‘We’ve got a lot of 21 plate cars at the moment because you can’t get them from main dealers.

‘Because of the pandemic, people aren’t going on holidays and they’re putting money into cars.

‘Business has been buoyant since we opened up again and we’ve doubled in size and pushed hard to invest in new stock, so this is a real blow.

‘It’s probably going to be a £150,000 hit and then we’re going to suffer when they put our insurance up.

‘Just 30 minutes before the accident three of us were all standing exactly in the same spot that the car crashed.

‘It seems a little funny that they were chasing the car so close when half-a-mile up the road it’s countryside, but I guess we’re not to know (all the details).’

West Yorkshire Police has confirmed the occupants of the car were a 42-year-old man and a 31-year-old man.

They were fleeing having been arrested on suspicion of offences of dangerous driving, failing to stop for police, failing to provide a specimen, possession of an offensive weapon and drugs offences.