MOTORISTS are three times more likely to be driving a car they bought used than new, according to research released today by AA Cars.

The AA-Populus poll of more than 15,000 drivers found that 29 per cent had bought a nearly new car most recently, compared with 26 per cent who opted for a new car, and 25 per cent who bought a used car that was more than five years old.

In total, almost three-quarters (74 per cent) of drivers said their most recent vehicle purchase was a used car.

The ranks of nearly new cars – defined as those less than three years old – have been swelled by large numbers of vehicles that were leased or bought on finance when new. Research by the used cars website revealed these vehicles as the most popular among buyers. 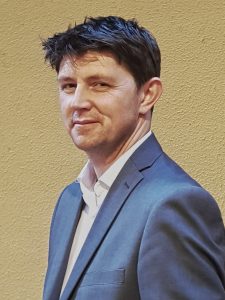 Populus received 15,136 responses from AA members to its online poll between September 17 and September 25, with the survey also confirming that young people were predominantly buying older – and therefore often less expensive – vehicles. Of those surveyed, 59 per cent of 18-24-year-olds said their most recent purchase was of a used car more than five years old. Almost a quarter (24 per cent) of those in this age group had bought a used car between three and five years old, with just seven per cent buying a nearly new vehicle and a mere six per cent opting for a new one.

Just over a third of drivers (34 per cent) had never bought a new car.

AA Cars chief executive James Fairclough said: ‘The growing popularity of car finance is changing the shape of the car market as a whole.

‘Car finance was first conceived as a way to help people drive a new car they could not afford to buy outright, and in this respect it has been a huge success – enabling tens of thousands of motorists to spread the cost of a new car over time.

‘But it has also provided a steady flow of nearly new vehicles into the used car market. This surge in supply has improved the value and range available to used car buyers – and allowed them to snap up low-mileage, well-maintained vehicles at prices that would have been unthinkable until recently.

‘As a result, motorists now have more choice than ever – both among the huge range of cars available on the second-hand market, but also the various financing schemes open to them.’