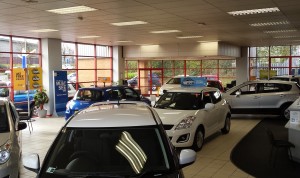 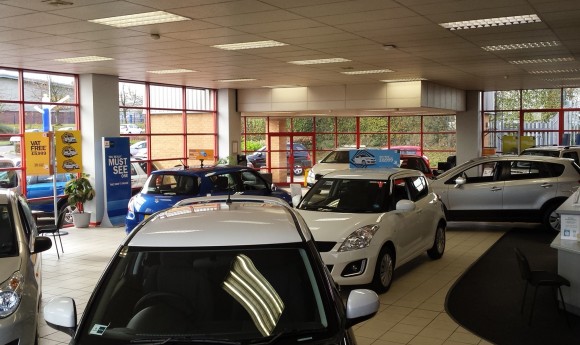 That figure represents a 9.4 per cent increase on where we were at the same stage last year – and exceeds the full-year total for 2013.

The market continues to exceed expectations amid still-rising consumer confidence, said the SMMT.

Mike Hawes, chief executive of the orgaisation, said: ‘Six months after the record was broken for consecutive monthly growth in new car registrations, the market continues to march on.

‘Today’s figures are an indication of the continuing economic confidence that is driving the new car market, with business, fleet and private registrations all showing strong rises. We expect a more stable market in 2015.

‘Demand for ultra-low-emission vehicles is growing strongly, and we welcome the Chancellor’s commitment to support the chargepoint network for electric vehicles, as well as ULEV research and development in the UK.’

In releasing today’s figures, the SMMT highlighted two trends in the UK new car market – firstly, that the market for small cars in the mini and supermini segments has grown considerably, supported by lower running costs and advances in comfort and safety levels.

And secondly, it drew attention to the growth in demand for dual-purpose (4x4s and crossovers) and multi-purpose vehicles as buyers seek extra space, style and versatility.

Commenting on today’s SMMT figures, Richard Lowe, head of retail and wholesale at Barclays, said: ‘Consumers’ enthusiasm for new vehicles continues, although we are seeing a degree of seasonal slowdown in demand. This is adding to the pressure on dealers to keep stock moving, so there are likely to be some great deals to be had in the run-up to Christmas.

‘December is a short month, but with most manufacturers facing their financial year end the incentives to keep up momentum will remain over the coming weeks.’

MORE: Why dealers should start taking cars to their customers

MORE: Supercar sales in the south double those of the north