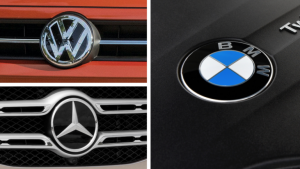 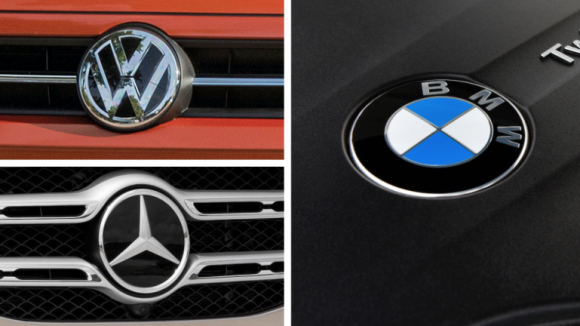 THE European Commission has launched an investigation into the VW Group, BMW and Daimler over suspicions they colluded to limit a roll-out of emissions control systems on their vehicles.

It’s alleged the German trio worked to prevent competing with each other in developing and introducing two emissions technologies, namely selective catalytic reduction systems (SCR) and ‘Otto’ particulate filters (OPF), which could have limited consumer choice.

The ‘in-depth’ investigation by the Competition Commission will aim to establish if BMW, VW and Daimler breached EU antitrust rules that prohibit cartels and restrictive business practices.

It focuses on information that indicates BMW, Daimler, Volkswagen, Audi and Porsche – the latter three of which operate under the VW Group umbrella – took part in meetings where they discussed the development and use of technologies that limit harmful exhaust emissions.

The commission said it had no indication at this stage that the trio co-ordinated over illegal emissions test ‘cheat’ devices.

Competition commissioner Margrethe Vestager said: ‘If proven, this collusion may have denied consumers the opportunity to buy less-polluting cars, despite the technology being available to the manufacturers.’

In a statement, Daimler said the European Commission had started antitrust proceedings against it over suspicions that technological development and competition for innovation in emission control technologies for cars had been restricted.

It said it was ‘co-operating fully with the authorities’ and had filed a leniency application but wouldn’t comment further.

A spokesperson for Volkswagen added: ‘The Volkswagen Group and the relevant Group brands have been fully co-operating with the European Commission and will continue to co-operate with the Commission.’

MORE: Nominate yourself for a Used Car Award!