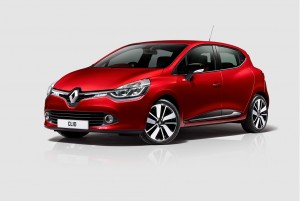 EUROPEAN demand for new cars rose again in May – the ninth consecutive month of year-on-year growth.

At the end of the month, volumes were up 4.3 per cent on 2013, and year-to-date volumes were 6.2 per cent higher than the same period last year, according to the latest analysis from automotive intelligence provider JATO Dynamics.

Its headline market analysis showed that:

European new car sales continued to be strengthened by growth in the ‘big 5’ markets, all of which have seen registrations increase in the year-to-date. This growth has been particularly strong in Spain and Great Britain, up by 17.5 per cent and 11.6 per cent respectively. Both countries also performed well in May, with volumes in Spain up 18.1 per cent and sales in Great Britain up 7.7 per cent on 2013.

Italy was the only country within the ‘big 5’ to record a year-on-year fall in sales during May, with volumes down 3.6 per cent. The German market returned to growth, up 5.2 per cent year-on-year, while sales in France also rose slightly, up by 0.3 per cent.

All of the top 10 brands increased their sales year-to-date, with eight brands recording year-on-year growth during May. Ford and Fiat were the exceptions, at -2.4 per cent  and – 5.0 per cent respectively.

Volkswagen (+4.4 per cent) still holds a healthy lead as Europe’s top-selling brand despite losing some of its market share, with Ford (-2.4 per cent) and Opel/Vauxhall (+5.7 per cent) taking second and third spots respectively.

Renault’s impressive progress since the turn of the year shows no signs of slowing down. The fourth best-selling European brand is the only one in the top 10 to achieve double-digit growth both for the month (+15.7 per cent) and the year-to-date (+11.7 per cent).

Gareth Hession, vice-president of research at JATO Dynamics, said: ‘With steady year-on-year growth during May the industry has now recorded good news for nine months in a row. All the indicators suggest that we are heading for a fourth consecutive quarter of growth in the European new car market – a very significant and encouraging milestone.’