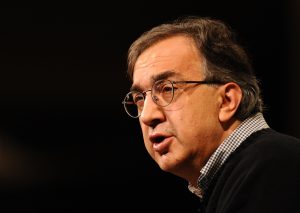 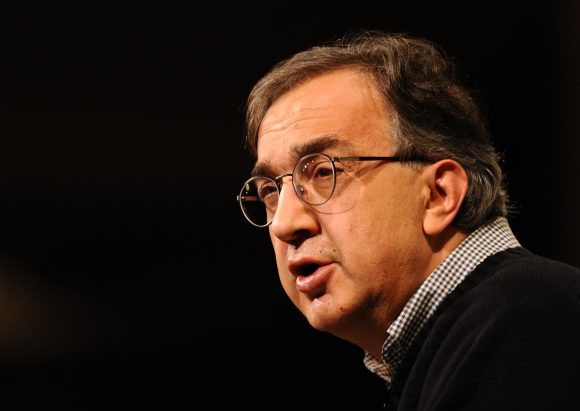 It comes just days after he was forced to step down as its chief executive, following unexpected complications from surgery on his right shoulder at the beginning of the month.

He had previously planned to step down from the post in 2019, but his health ‘worsened significantly’ at the weekend and he was replaced on Saturday by Mike Manley, 54, who had led Fiat Chrysler in North America as well as its Ram and Jeep brands.

‘I believe that the best way to honour his memory is to build on the legacy he left us, continuing to develop the human values of responsibility and openness of which he was the most ardent champion.

‘My family and I will be forever grateful for what he has done.’

Marchionne, who had Italian-Canadian citizenship, is survived by his partner Manuela Battezzato, who works in the Fiat Chrysler press office, as well as his two adult sons from his marriage to Orlandina.

Elkann said: ‘Our thoughts are with Manuela and his sons Alessio and Tyler. I would ask again everyone to respect the privacy of Sergio’s family.’

Marchionne took over at Fiat in 2004 and orchestrated the company’s merger with Chrysler in 2009, after the American brand went bankrupt and was bailed out by the US government. Since then, the alliance has become the world’s eighth-largest auto manufacturer.

FCA includes the Italian brands Fiat, Fiat Professional, Alfa Romeo, Lancia and Abarth, as well as US brands such as Chrysler, Dodge, Jeep and Ram. Luxury manufacturers Ferrari and Maserati also sit under the FCA umbrella.