Exclusive: Brand snobbery is taking a back seat for buyers of new electric cars

Speaking exclusively to Car Dealer, the firm’s commercial director, Ian Plummer, explained how customers’ long-established brand aspirations are changing when it comes to electric cars, as they become more focused on a car’s range and technology rather than the badge on the nose.

‘In the ICE market, traditional brands, and the German premium brands in particular, dominate the share of new car advert views on Auto Trader’s new car marketplace – brands like BMW, Mercedes, Audi and Volkswagen, for example,’ he explained.

‘Kia, in the ICE market, has a share of around 4.4 per cent – far smaller than the German premium brands – but in the EV market, Kia leads the way with a 15 per cent share of new car advert views.

‘Hyundai, MG and Fiat all jump massively in the EV market, too, and that’s a reflection of a real shift in the market.’

In the video posted at the top of this story, Plummer described how the market is currently going through a ‘decade of confusion’, where buyers are having to get used to terms such as kilowatt hours rather than brake-horsepower, and learning where models like the Volkswagen ID.3 reside in the market instead of knowing by instinct where a Golf sits.

‘It’s all shifting so fast,’ he said, ‘and it’s also a reflection of how brands can radically change their perception in the market.’

Plummer revealed a selection of detailed graphics during the webinar, and two in particular illustrated the shift affecting the new car market.

In January 2022, 2.2 per cent of all new car advert views on Auto Trader’s website were for the Kia EV6. It was followed by the Ford Mustang Mach-E at 1.5 per cent. 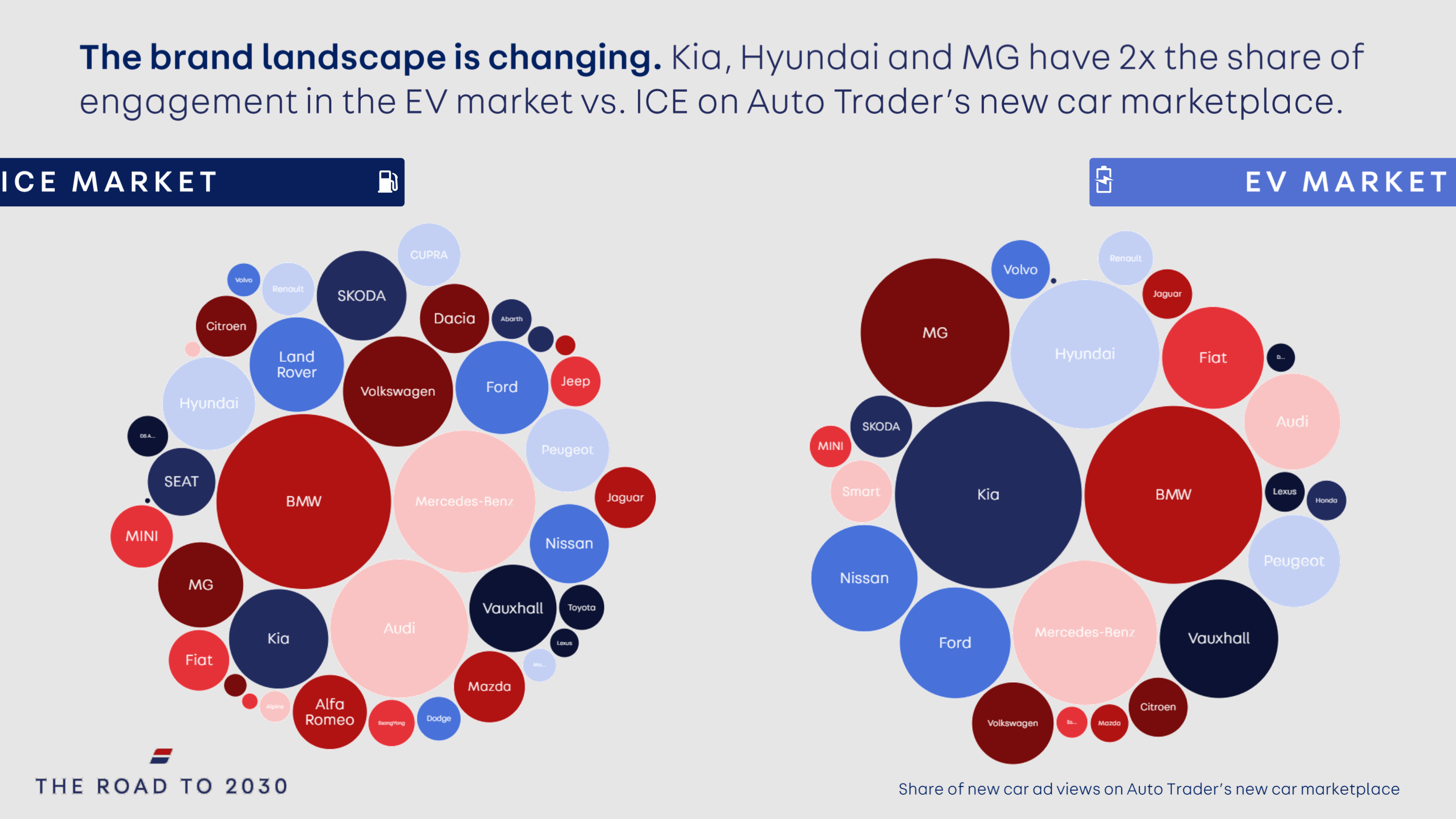 For context, the share of new car advert views for the BMW M4 and BMW 1 Series were 1.4 and 1.1 per cent respectively. 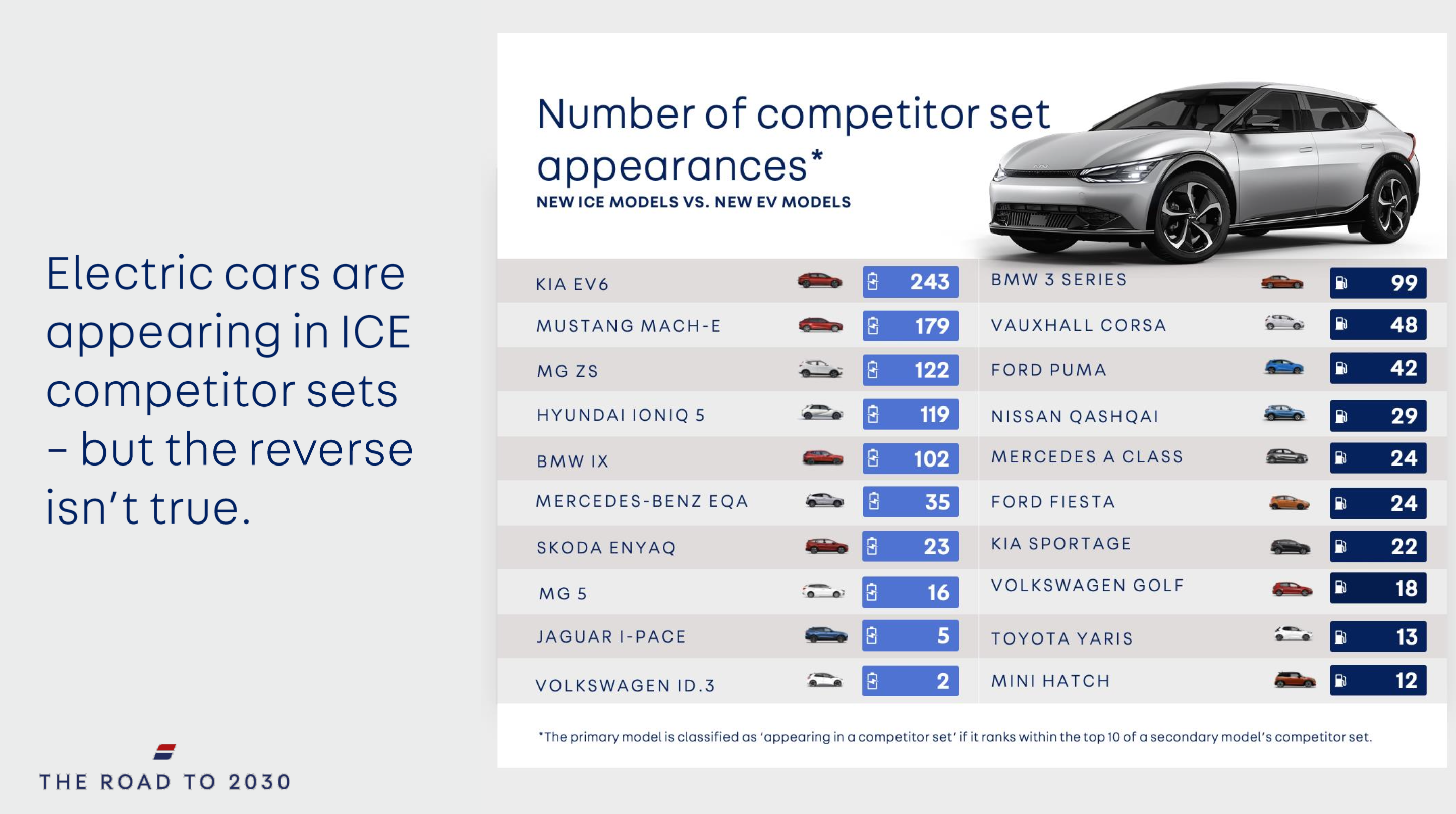 The BMW 3 Series, meanwhile, only appears in 99 sets, 48 for the Vauxhall Corsa and 42 sets for the Ford Puma.

Plummer explained: ‘What we mean by this is if I’m looking at a Mustang Mach-E, for instance, am I also looking at an EV6 (which would be in that category).

‘We are brand-agnostic. Buyers of German brands are known for preferring Germanic products, but [with electric cars] UK car buyers are much less snobbish.’

He added: ‘The Kia EV6 sits in 243 different competitor sets – that’s a huge amount. Compare this with the 3 Series (99 sets) and the Volkswagen Golf (18 sets), which used to be ubiquitous products that sat in 300 sets.

‘Everybody looked at a Golf as it’s a classless car that works for everybody.

‘That’s no longer the case. It’s becoming the car of yesterday.’