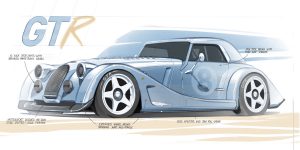 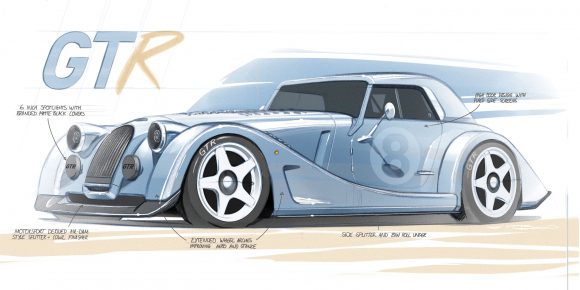 Feb 22 round-up: Schools, socialising & sports back in March; Four tests out of lockdown; Morgan Plus 8 GTR

Schools, socialising and sports to return in March

Schools, socialising and some sports are set to return next month under the government’s plan to relax lockdown restrictions in England.

Prime Minister Boris Johnson will tell MPs this afternoon that all pupils in all years can go back to the classroom from March 8, with outdoor after-school sports and activities allowed to restart as well.

Socialising in parks and public spaces with one other person will also be permitted in a fortnight when the rules are relaxed. A further easing of restrictions will take place on March 29 when the school Easter holidays begin – with larger groups allowed to gather in parks and gardens.

Four tests for England’s journey out of lockdown

Boris Johnson’s road map will involve four tests for easing restrictions and the government will use the tests to assess the impact of unlocking at each stage.

The tests are that the vaccine deployment programme continues successfully; Evidence shows vaccines are sufficiently effective in reducing hospitalisations and deaths in those vaccinated; Infection rates do not risk a surge in hospitalisations which would put unsustainable pressure on the NHS; and the assessment of the risks is not fundamentally changed by new variants of concern.

If any of the tests fail the easing of restrictions will be slowed down.

Cyber fraudsters are switching from big money scams to con people out of as little as £10 on a massive scale in a phenomenon dubbed ‘silent stealing’, a new report warns.

The Royal United Services Institute think tank paper said criminals are ‘going down market’, as they shift from defrauding large amounts from businesses to target those working from home.

Individual victims are less likely to report the loss of a small sum of money, while it is difficult for police and banks to know whether they are dealing with a single fraud or a big criminal operation worth millions of pounds, according to the research.

A police federation has called on policymakers in England and Wales to avoid ‘mixed messages’ over future Covid regulations, after research suggested only 10 per cent of officers felt their previously introduced powers were clear.

Prime Minister Boris Johnson should aim ‘not to repeat the lack of clarity over last year’s pandemic measures’ ahead revealing his road map out of England’s lockdown today, the Police Federation of England and Wales said.

Its warning comes alongside the release of PFEW research suggesting only one in 10 officers agreed with the statement ‘new police powers introduced to manage the Covid-19 crisis have been clear’.

Aldi named Which? supermarket of the year

Discount chain Aldi has been named the UK’s top in-store supermarket in the annual Which? Survey.

The consumer champion surveyed more than 3,000 members of the public about their experience with supermarkets.

Customers were asked to rate their shopping experience in a range of categories such as in-store appearance and layout, quality of produce, availability of online delivery slots and value for money. Aldi emerged top after receiving a five-star rating for value for money – the only supermarket to achieve this in the survey – and a 73 per cent customer score.

Lorry drivers heading back to France from 11pm on Sunday will no longer need to show a negative coronavirus test if they have spent less than 48 hours in the UK.

The change to the border controls was announced by Transport Secretary Grant Shapps. Currently HGV drivers heading to France from the UK are obliged to take a Covid-19 test before arriving at outbound ports, such as Dover or the Eurotunnel.

Under the new rules, set to come into force from 11pm UK time, drivers returning to France from the UK on a round-trip who have spent less than 48 hours in the UK do not need to test negative for coronavirus before travelling.

An economic stimulus of nearly £100bn is needed in the chancellor’s forthcoming Budget, the SNP’s Westminster leader has said.

Ian Blackford said a £98bn investment, equal to five per cent of the UK’s GDP, would be needed to secure an economic recovery.

He urged Rishi Sunak to extend the furlough scheme and provide further support. In an article for Scotland on Sunday, Blackford said a ‘repeat of the Thatcher years’ should be avoided.

One in three new homes sold of plan

Around one in three new homes that were completed last year were sold off-plan, according to estimates.

Across England and Wales, 33 per cent of new home completions were sold off-plan, marking the lowest proportion since 2014 when the figure was 29 per cent, Hamptons said.

Morgan has announced that it will be producing a new special edition model – the Plus 8 GTR – which harks back to the Malvern-based firm’s racing history.

Limited to just nine examples and arriving as the first of several new special projects kick-starting this year, the GTR is based on the firm’s Plus 8 which was discontinued in 2018.

Production for the Plus 8 GTR is set to commence this summer, with each customer invited to commission their bespoke car with the help of Morgan’s design team. A final price for the GTR has yet to be announced.

There will be rain this morning in parts of central England that will clear to the east, says the BBC. North-west Scotland will see the odd shower through the day. Elsewhere, it should remain largely dry with sunny spells.

The rain should ease this evening and the cloud will clear to the east, leaving clear skies for many. Overnight the winds will strengthen and rain will push in from the west over Northern Ireland.

Blustery rain will push in from the west across the north tomorrow, turning heavy at times. Further south it should stay drier with patchy cloud. Wales may see the odd outbreak of rain too.