Home > News > Fine Cars: Our staff want to work – but they MUST stay home 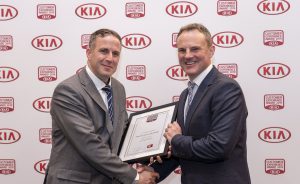 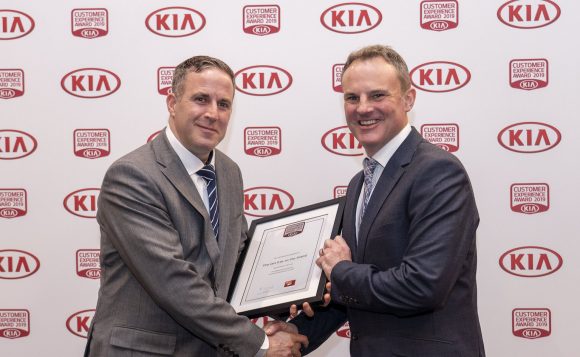 Fine Cars: Our staff want to work – but they MUST stay home

If there’s one positive thing to have come out of the coronavirus crisis for the bosses of Fine Cars, it’s the realisation that they provide a happy workplace.

So much so that the directors of the company are shutting up shop completely from today partly to prevent their staff from coming to work, even though some of them still want to!

South Hampshire-based Fine Cars has two new car sales operations, retailing SsangYong vehicles from a site in Gosport and Kia cars from a base in Lee-on-the-Solent.

The last few handovers took place this week – and workshop technicians were finishing off the final bits of servicing and MOT work with the aim closing all the doors by 2pm.

Car Dealer magazine caught up with general manager and director Brett Duke a little earlier today – and reflecting on the Covid-19 crisis as a whole, he told us: ‘We’re coping okay, I think we’re handling it relatively well. In much the same way as a lot of other businesses, we’ve had to become quite resourceful.’

Explaining that he and perhaps one or two senior colleagues would have to drop in from time to time over the next few weeks, he said: ‘Although the general message is to stay at home and not go out – we can’t all just stay at home!

‘Most of our staff were told not to come in from Wednesday onwards but next week I’ll have to come in probably for three days to prepare the sales commissions – and an accountant will be needed. We’ll self-isolate though, we have ample stocks of hand sanitiser and we work from separate offices.’

Brett told us that any staff member who felt uncomfortable about being at work was of course permitted to stay at home this week but that some of the team – including people with underlying health issues – wanted to continue to come in.

In the end, Brett said, ‘it just became apparent that we needed to shut up shop. It seems – which is a bit of a positive – that we are at least a happy workplace.

‘When we reopen, our customers will need services carried out, their warranty work done and so on but at the moment it’s a question of deferring all business and mothballing everything.’

Brett said that Fine Cars would be using a combination of holiday pay and support from the government to get through the crisis financially – and acknowledged that the business was still feeling its way to some extent.

He also said he felt that franchised dealers were coming in for some unfair criticism online. He explained: ‘On the forums, a lot of the independents are slating the dealer groups and saying all they care about is money.

‘We’re not a big dealer group ourselves – but if there are to be businesses at the end of all this for people to come back to, we need to make sure everything is tidied up before we say ‘‘right, that’s it, we’re done now’’.

‘What’s more, the cars that we’ve been handing over, we have been doing so purely and simply for customer service reasons. It’s March, it’s a plate-change month. Customers are keen to pick up the cars that they have ordered – and we have a duty to fulfil those orders.’

In our picture, Brett Duke, left receives a dealer excellence award for customer service from Kia in January.