Home > Car News > First drive: Can the new Vauxhall Astra go to the top of the class? 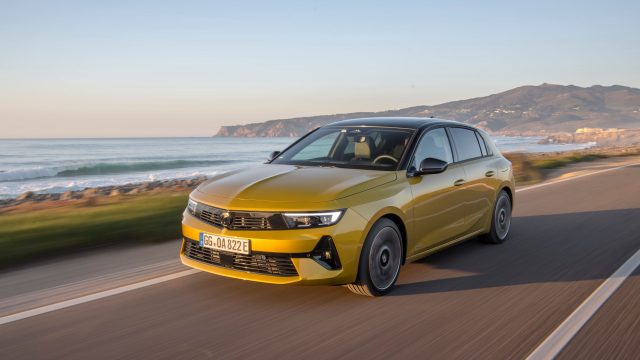 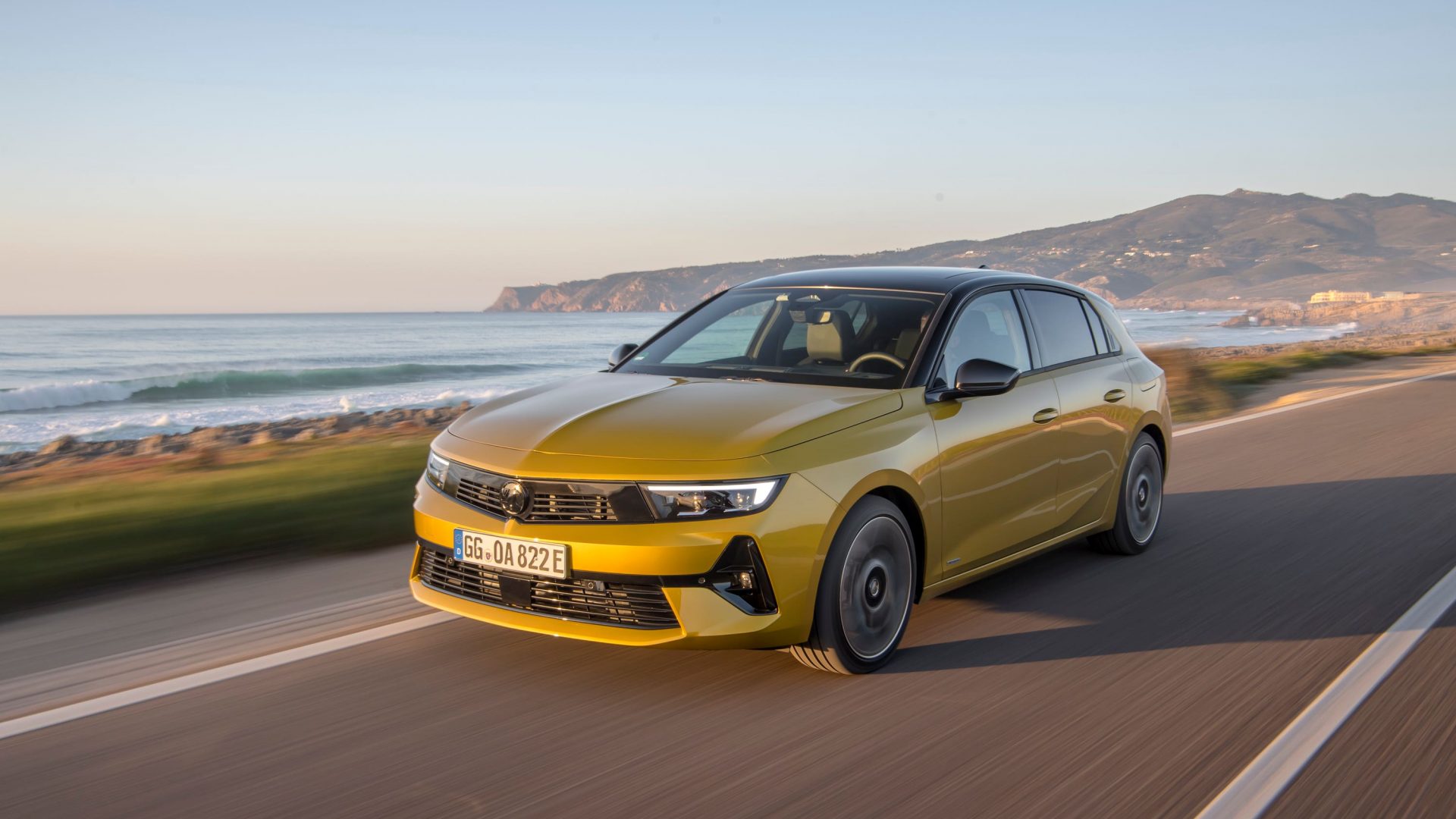 First drive: Can the new Vauxhall Astra go to the top of the class?

Vauxhall’s Astra is a household name. Can a brand new version live up to a whole lot of expectation? Darren Cassey finds out

There was a time when showroom favourites such as the Ford Mondeo and Focus and Vauxhall’s good old Astra dominated the sales charts. The Astra, more often than not, wasn’t very exciting to drive or look at but it represented good value.

Now, there’s a new one on the scene. It’s got a bold new look and promises to be more efficient than ever before with future-proof electrified powertrains. Looking back at some of the lacklustre Astra generations that have come before, you’d never expect such a bold-looking thing to roll out of Luton.

Vauxhall’s on a bit of a roll. Now under the stewardship of Stellantis, it has weathered the semiconductor chip crisis pretty well, seeing sales increases all over Europe. Hoping to capitalise on this momentum it has bestowed the new Astra with compelling technology and equipment to make it more appealing.

It’s built on a new vehicle platform that allows for electrified powertrains. There’s been a focus on making it ‘motorway proof’, so it’s comfortable over longer distances, and part of this is a range of ergonomic seats. It also wears Vauxhall’s sharp new design language on the outside and gets a cabin that’s ‘as minimalist as possible’, while the trim levels have been massively simplified.

There’s a good selection of engines on offer, with a 1.2-litre petrol engine making 109bhp or 128bhp and an automatic gearbox available for the more powerful variant. Despite diesel’s declining market share, there is a 128bhp engine on offer, likely targeting those to whom the motorway-proof chassis appeals.

We’ve tested the plug-in hybrid (PHEV) which is the first electrified Astra ever (an all-electric version is coming next year). It’s the most powerful model available and uses a 1.6-litre petrol engine paired with a single electric motor to make a combined 178bhp and 360Nm of torque. This is only available with the eight-speed automatic transmission and has a 12.4kWh battery that provides an electric range of around 43 miles. Official fuel economy figures are 201-256mpg and CO2 emissions are 24-27g/km.

Company car drivers will be pleased to know this PHEV has a benefit-in-kind rate of just seven per cent, which Vauxhall says saves £5,000 over the course of ownership compared with the petrol manual. 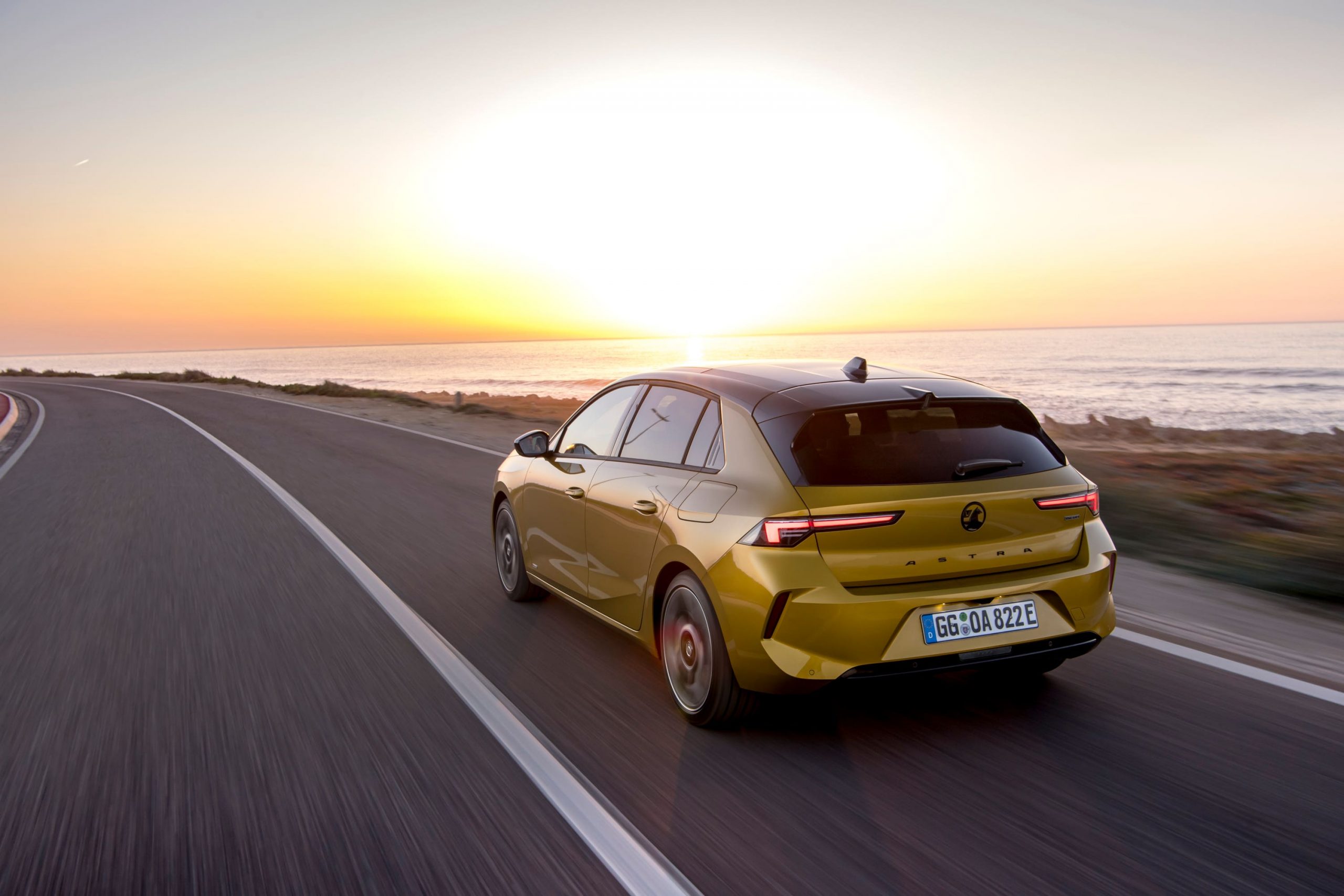 It’s immediately clear that Vauxhall has worked hard on the Astra’s refinement. Pulling away on electric power it’s impressively quiet, cocooning you from the hustle and bustle of the outside world. Once up to speed, it’s very comfortable, ironing out road imperfections with impressive sponginess.

Coupled with the comfy seats it means that longer journeys should be a breeze, while the steering is light enough that driving around town is a similarly relaxing affair.

The trade-off for this, though, is that there’s little excitement to be found when pressing on, as that comfort-focused approach translates to a disinterested response from the front end. There’s a bit more wind and road noise than would be ideal, too, but overall it’s a big thumbs up for those looking for a more chilled out route from A to B.

At the launch base, Vauxhall had a couple of older-generation Astras on display beside the new model. The progress that has been made is incredible, with the new model looking sharp and futuristic. It wears the firm’s new ‘Vizor’ design language too, which is that black panel between the sharp headlights.

Our test cars were higher-spec models with larger wheels and a two-tone roof, which only amplified its presence. However, images of lower-spec trims with a body-coloured roof indicate a still-stylish if less dramatic look. 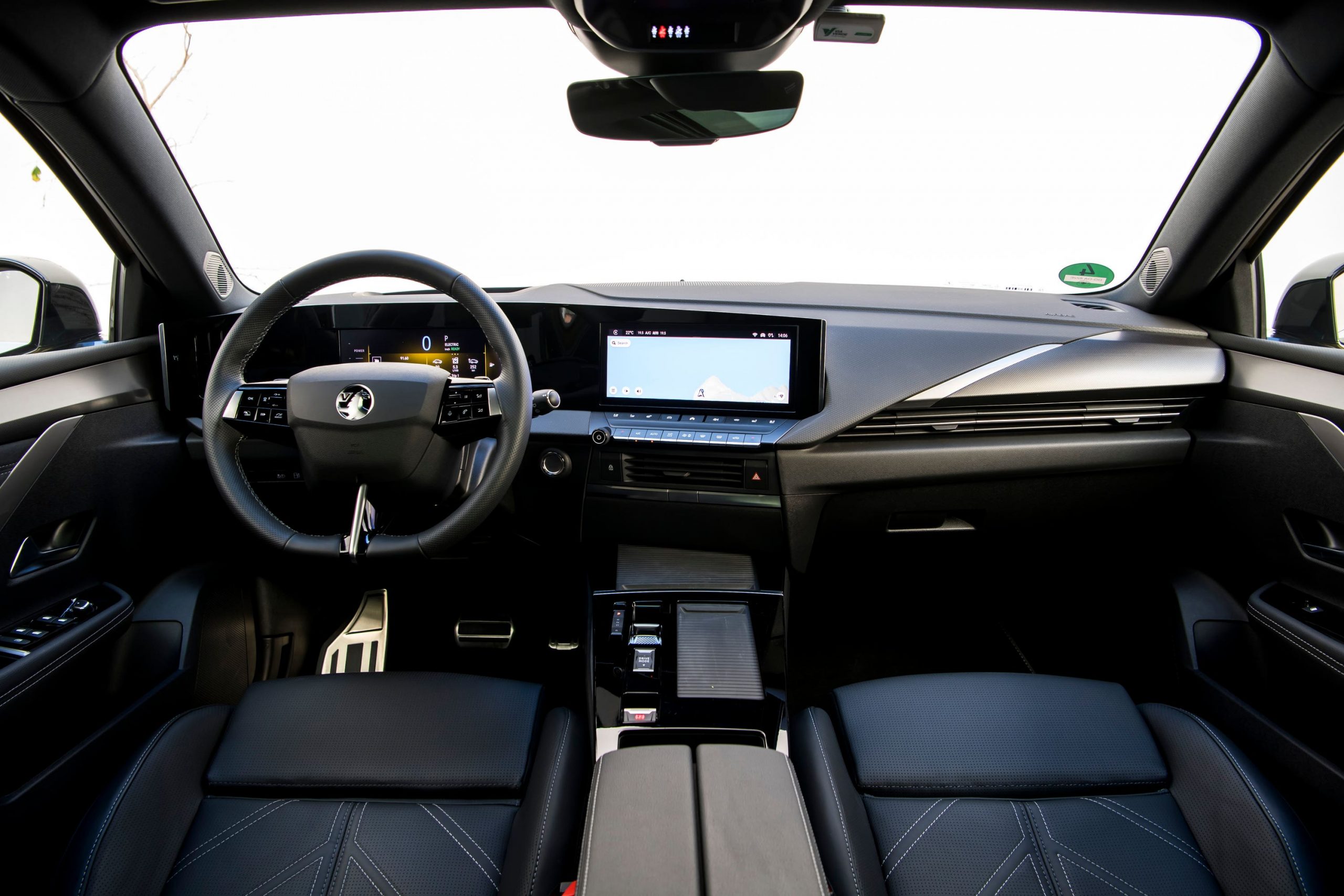 Inside is a tale of two halves. We’ll start with the positives, such as the fact that it’s more spacious than before, something that’s genuinely noticeable from the driver’s seat.

There’s also a high-tech twin-screen set-up on higher trims that looks fantastic, even if the infotainment system is frustratingly unintuitive to use. Lower trims also get a twin-screen set-up, but it has smaller displays that are a bit less impressive.

The negatives largely focus on quality. The Astra is a cousin of the Peugeot 308, and while that car feels decidedly upmarket, the Vauxhall feels like it has been built more with durability in mind, with much cheaper materials throughout.

Vauxhall has massively simplified its trim levels to offer just three. The entry model is called Design and starts at £23,805 with the 109bhp petrol, the only trim that this engine is offered on. Equipment includes 16-inch alloy wheels, LED headlights and tail lights, cruise control, climate control and two 10-inch displays.

When customers step up to GS Line at £26,700, they get with the 128bhp petrol, black design cues, 17-inch alloy wheels, adaptive cruise control, heated front seats and steering wheel, and the Pure Panel Pro infotainment system. 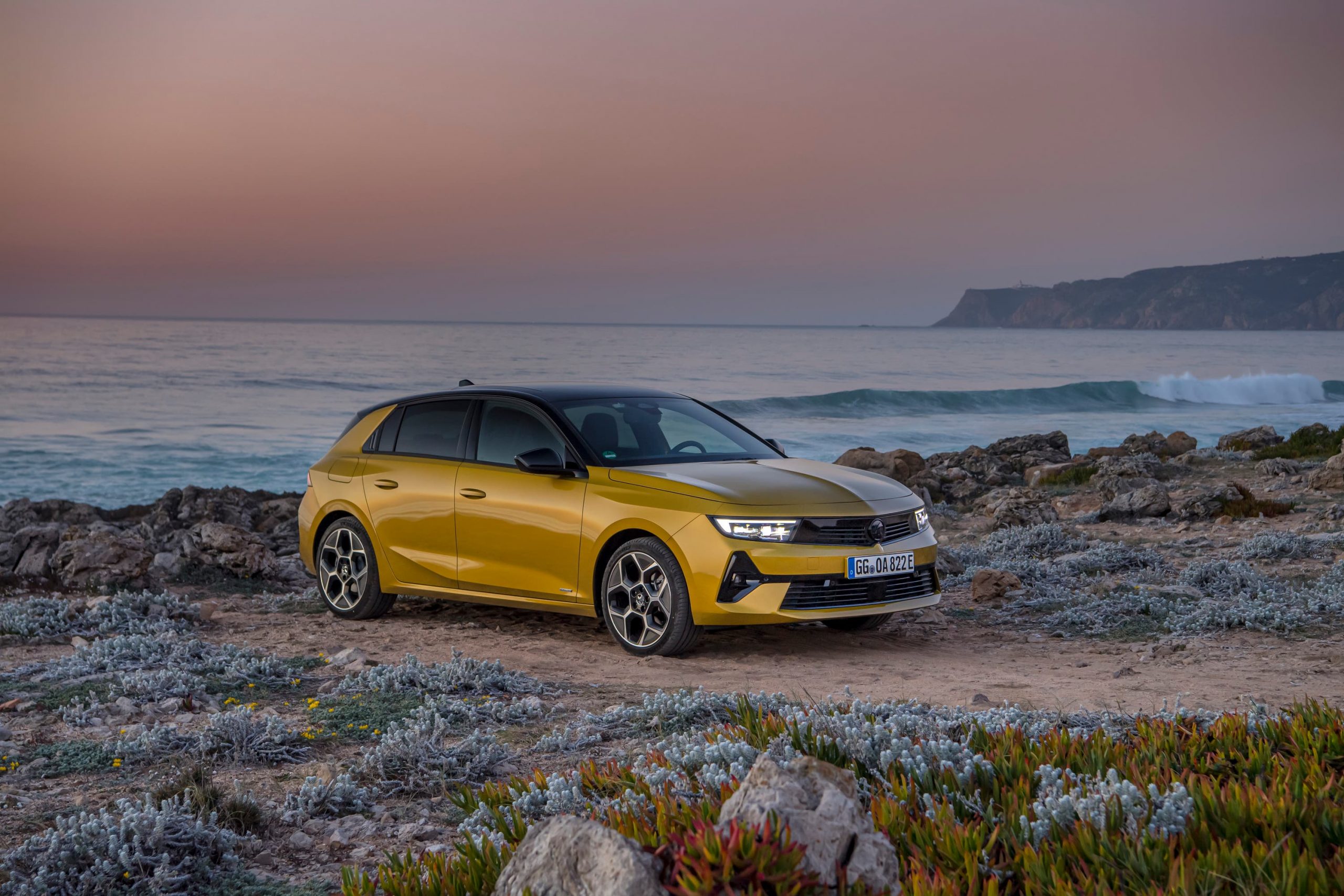 Hot on the heels of the Corsa being 2021’s best-selling car, Vauxhall has another hit on its hands with the new Astra. It looks great, has impressive equipment levels and is incredibly comfortable while also being a bit more practical making it ideal for the family buyer.

Its mildly disappointing high-speed refinement, overall interior quality, and lack of sparkle in its handling dynamics mean it’s hard to call it best-in-class, but for those who want a smart, relaxing family car, the new Vauxhall Astra is a fantastic all-rounder.