Home > Car News > First Drive: Genesis GV80 proves to be quite a revelation 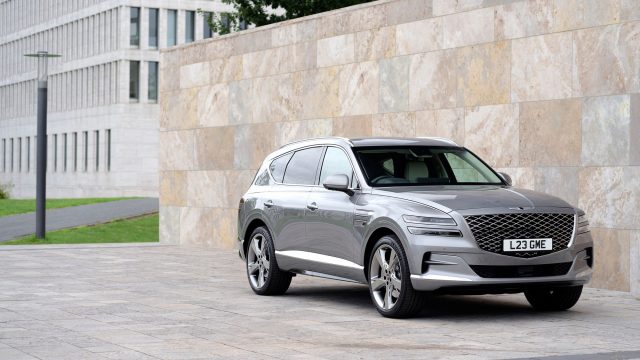 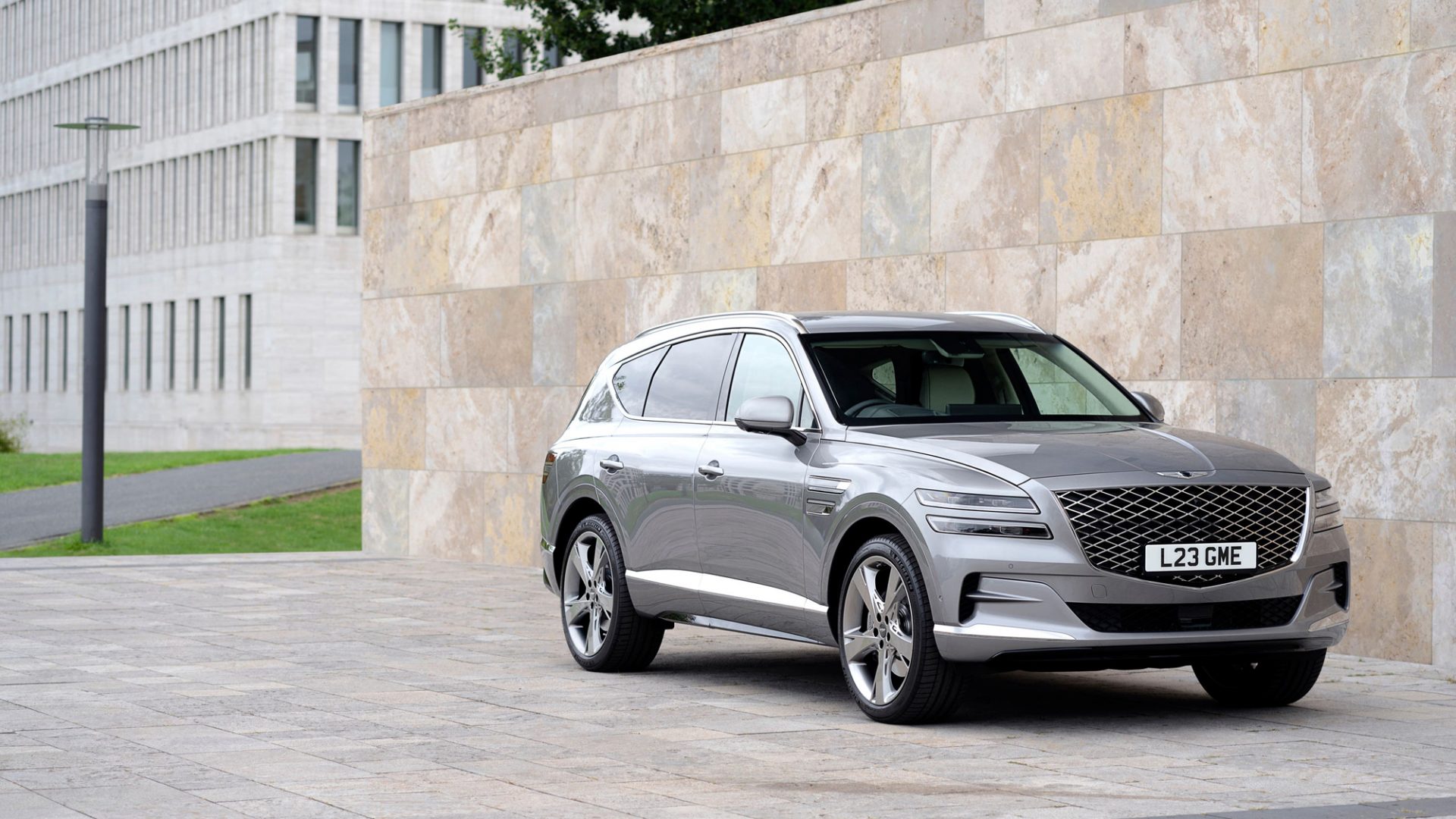 First Drive: Genesis GV80 proves to be quite a revelation 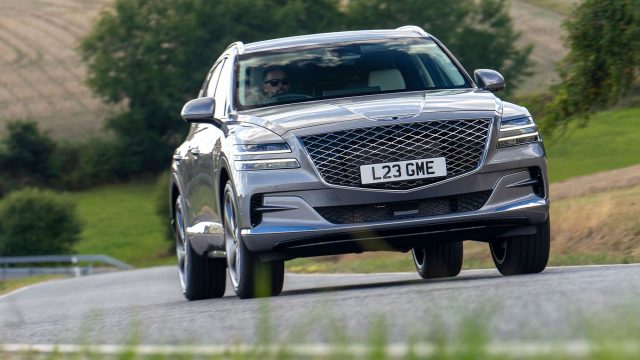 The premium car sector is dominated by the big three – BMW, Mercedes and Audi. This trio is currently smashing it when it comes to SUVs, with high-riding models from all three getting snapped up by buyers left, right and centre.

Breaking into this market is notoriously tough. It’s only been Volvo and Lexus that has managed it recently, but there’s a newcomer on the scene – Genesis.

Despite having been around since 2015, 2021 marks the South Korean firm’s first entry into the European market. It’s starting things off with both the G80 saloon and this: the GV80 SUV. 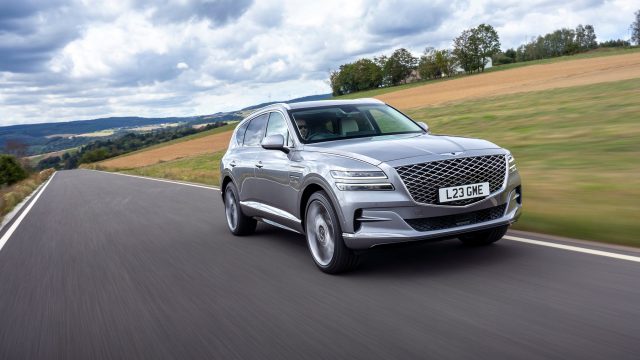 The GV80 is a rather large SUV that wears the firm’s latest ‘Athletic Elegance’ design language and that’s something you’ll see applied to all of its future models, too.

But don’t think of this as some flabby SUV brought straight over from the USA without any changes, as the GV80 has undergone extensive development across Europe including on Germany’s famous Nurburgring.

Available in a choice of five- or seven-seater layouts, the GV80 is backed by plenty of classy technology, including active noise cancellation and a suite of advanced driver-assist systems that have contributed to the car’s five-star Euro NCAP safety rating. 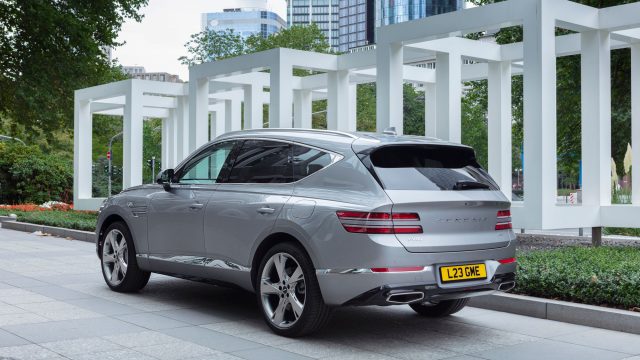 There’s the option of both petrol and diesel powertrains on the GV80, with the former delivered by a 2.5-litre four-cylinder with 300bhp and 422Nm of torque.

With a 0-60mph time of 7.5 seconds, it’s reasonably sprightly, although fuel economy of 26.1mpg and CO2 emissions of up to 288g/km are on the chunky side.

Both powertrains can only be selected with all-wheel drive and an eight-speed automatic. 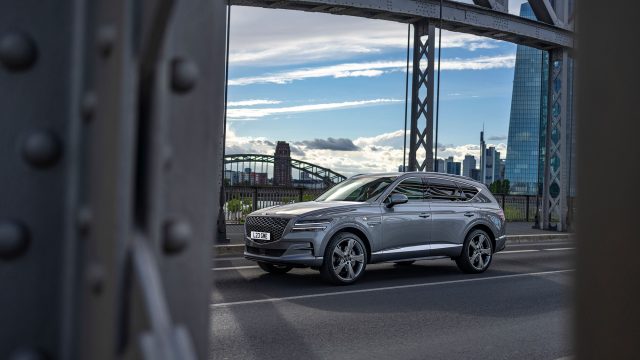 On first impressions, it’s difficult not to notice just how large the GV80 is. Climb aboard and you’ll find yourself sitting incredibly high with a large bonnet extending in front of you. It can, initially, feel a little intimidating on UK roads.

However, once you’ve dialled into the GV80’s proportions it becomes a truly impressive long-distance cruiser.

It’s at its best on wide, stretching sections of tarmac where the well-judged suspension does a great job of turning even the most lunar-like parts of the UK’s roads pillowy soft.

Clever suspension technology helps to iron out even the worst potholes, too, so the GV80 could be a great option for those who live in more urban environments.

It’s not a dynamic car, mind you, so it won’t reward you for driving in a more spirited fashion – but it’s not designed to be that type of car in the first place. 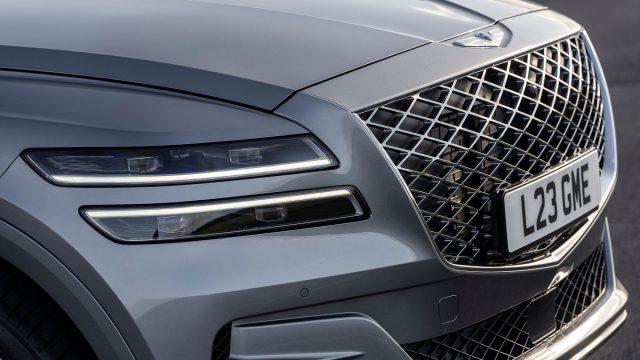 We found the look of the G80 saloon a little awkward, but the GV80 wears the Genesis styling in a far more accomplished fashion.

The large grille is now in proportion with the car’s size, while the twin headlight arrangement plays into the car’s blocky, upright appearance.

It’s much the same around the back, too, where there’s a subtle wedge above and below the lights, which is far better integrated than it is on the saloon.

It’s a design rooted in subtlety. There’s just enough going on for people to notice, but not so much that it screams about its presence everywhere it goes. 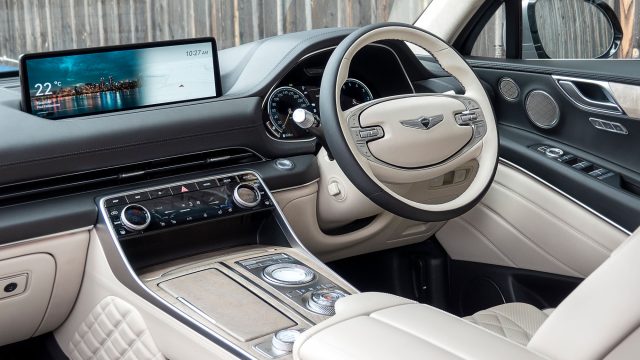 In a similar vein to the saloon, the cabin of the GV80 really impresses.

Genesis is a part of the Hyundai family and although you might think that it’d be easy to just raid the firm’s parts bin, Genesis has gone against the grain and ensured that the GV80’s interior cuts the premium mustard.

There’s a great blend of high-quality materials and modern technology, with sharp touchscreens combining with physical buttons to create a well-thought-out place to sit.

The climate controls with digital displays housed within the aluminium dials are a particular highlight. 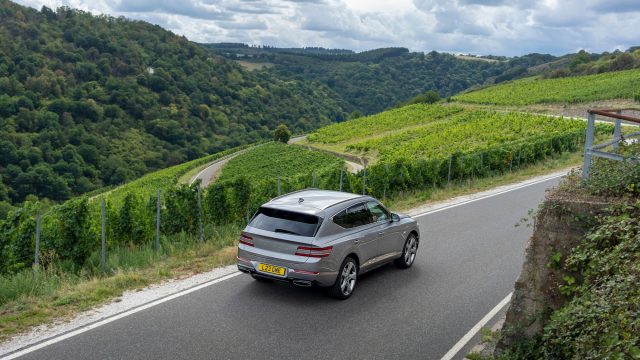 Genesis is entering into the premium segment but isn’t offering a premium price tag to go with it.

Offering a lower price than more established brands, the firm has kicked pricing for the GV80 off from £54,000 for the petrol five-seater and the same for the diesel.

Seven seats add a £500 bump, while upgrading to a more equipment-heavy Luxury Line brings a £5,600 cost.

The Luxury Line pack adds 22-inch alloy wheels into the mix plus quilted leather seats, genuine wood trim and a heated steering wheel – among other features. 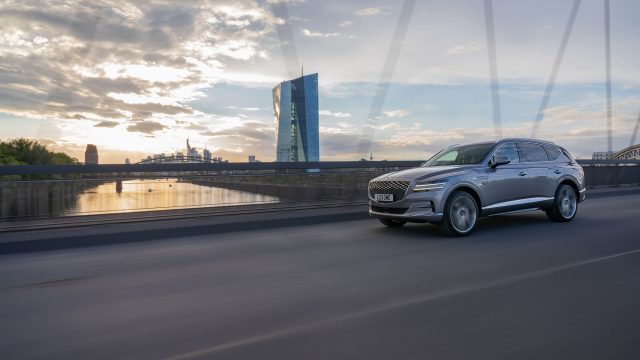 The GV80 arrives as a far more successful attempt to break into the premium market.

It represents a well-judged foray into Europe for Genesis too, with this big SUV combining premium touches and huge amounts of space with an attractive price tag.

An added bonus is the impressive five-year aftercare package that will no doubt be tempting for motorists looking for hassle-free driving, particularly those who would otherwise be thinking of paying for such a service from other brands.

Only time will tell if the GV80 will be a hit with buyers, but initial impressions are very good indeed.