Podcast: Showroom fires, our ideas to move a big ship and PJ Quinn shares the changes he's made

First drive: Is the hybrid the new pick of the Range Rover Velar range?

Land Rover has given the Velar a mid-life spruce up for 2021 and fitted new tech and some new engines. Darren Cassey explains more

When you look at the line-up of Land Rover and Range Rover models, it’s fair to say there’s quite a bit of crossover – though the company would strongly deny that. There are various SUVs, some focused more on the school run and others at conquering the wildest terrain. All are adept at doing both, to varying degrees, though.

The Range Rover Velar we’re testing today is the mid-sized road-focused model, which looks fantastic for city life and has buckets of badge appeal, but could tackle some pretty rough roads when it has to. For 2021 there have been a few updates, so let’s dive into what they are.

Changes aren’t exactly extensive, but the first key thing to note is the new engines. The Velar gets a range of the latest 3.0-litre six-cylinder mild-hybrid petrol and diesel units, but the headlines go to the new four-cylinder petrol plug-in hybrid options.

Jaguar Land Rover has been giving all of its models interior overhauls, and we’ve been mighty impressed with what we’ve seen so far. The Velar is no different, getting the new Pivi Pro infotainment system, active road noise cancellation technology, a new steering wheel and some more upgrade options. 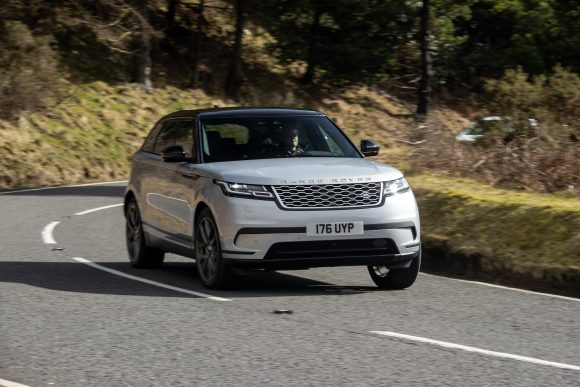 When it comes to powerplant choices, there are two petrols and one diesel with each being mild hybrid. Then there’s the PHEV.

Let’s start with the latter, being the most important. Badged P400e, it’s a brilliant unit, with the quiet responsiveness we expect from the electric motor and a seamless transition to the petrol engine.

It has 398bhp and 640Nm of torque, making it incredibly responsive when you need power. For urban cruising, where this SUV will spend most of its time, it’s incredibly smooth and quiet running on electric power, while the switch to the petrol engine is barely noticeable.

The diesel is similarly impressive but in a completely different environment. At lower speeds it pulls well, but it’s at its best on the open road where it can relax into low revs, being impressively quiet as it does so.

This is far from a sporty SUV but that’s no bad thing, as the Velar immediately lulls you into a relaxed driving manner. Both the diesel and PHEV were incredibly quiet when behind the wheel, thanks no doubt in large part to the noise cancellation tech.

Take the diesel into town and it’s naturally less responsive, while there’s a noticeable grumble when you ask for more power. Meanwhile the PHEV doesn’t work its 2.0-litre engine too hard at motorway speeds, but is noticeably happier when speeds are lower. That being said, we’re nitpicking where, and both engines work well wherever they’re driven. 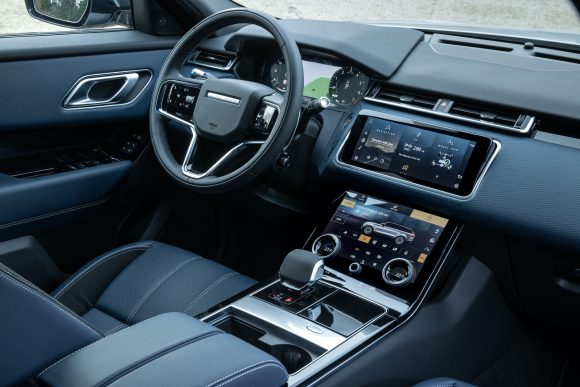 The Range Rover Velar is easily one of the best-looking SUVs on the market. It’s big, but it’s not intimidating as some of its larger relatives in the JLR range can be, with the lower bumper and side skirt designs make it look hunkered lower to the ground than a typical SUV.

Strakes in the lower bumper and narrow headlights work to give the Velar a purposeful, sporty appearance, while round the back there’s a black bar that does a great job of breaking up the large surface.

The Velar has been blessed with similar interior upgrades that have impressed us elsewhere in the JLR range, with high quality materials and new noise cancellation technology elevating the premium appeal.

The new Pivi Pro infotainment system is excellent, but in the Velar it’s let down by a smaller screen than we’ve seen in other models, which gives it a slightly more dated look. That said, the lower screen for climate controls remains and looks great, retaining physical buttons for the important functions. 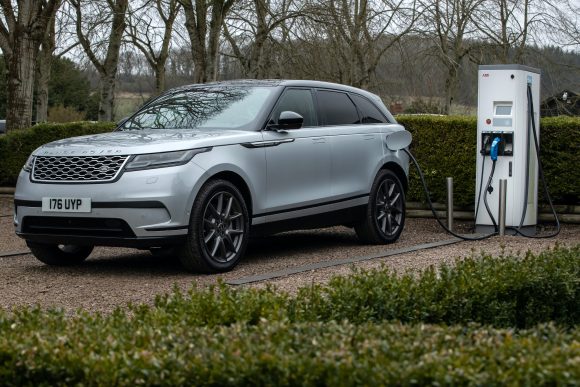 Various specification packs can be chosen to upgrade everything from the alloy wheels to the headlights and interior trim. Opt for the Velar Edition and it builds on the R-Dynamic SE trim, with a black contrast roof, 20-inch alloy wheels, and an exclusive bronze paint job.

Autocar said: ‘If you live in the city and you can charge up at home you should probably buy the P400e. As is often the way, the plug-in hybrid model in the line-up isn’t hugely compelling in it’s own right, but excels within a specific set of circumstances.

The Range Rover Velar is a fantastic all-rounder and feels like the sweet spot in the road-focused range. It is dripping in premium appeal, has a great interior and is fantastic to drive – on-road and off it.

We have no complaints about either of the engines we’ve tested, so picking between them comes down to how you use it – long distance drivers should lean towards the diesel, and those in urban areas should consider the PHEV.

Podcast: Showroom fires, our ideas to move a big ship and PJ Quinn shares the changes he’s made