First drive: No reason why new Nissan Qashqai won’t continue to be a top-seller

When it comes to chart-toppers, the Nissan Qashqai is like the Ed Sheeran of the car world. It simply can’t stop succeeding. As the first proper crossover, the Qashqai has been an immense success, with more than three million of them shifted across Europe since 2006. Needless to say, the arrival of a new one is a big deal.

So here we have it – the new Qashqai. This isn’t just a mid-life facelift, either – this is a brand new model.  So let’s check it out and see what it’s like.

The new Qashqai uses the wider Nissan Alliance’s latest CMF-C platform which helps it to boost interior space without going overboard when it comes to exterior dimensions. It’s something Nissan wanted to retain, as drivers of the older Qashqai had stated that they liked the way it felt like a large car inside, but didn’t drive like one.

We’ve also got new mild-hybrid technology to help assist the Qashqai’s efficiency levels, while a new ePower version that uses the petrol engine as a generator for a larger battery and electric motors is set to join the range later this year. 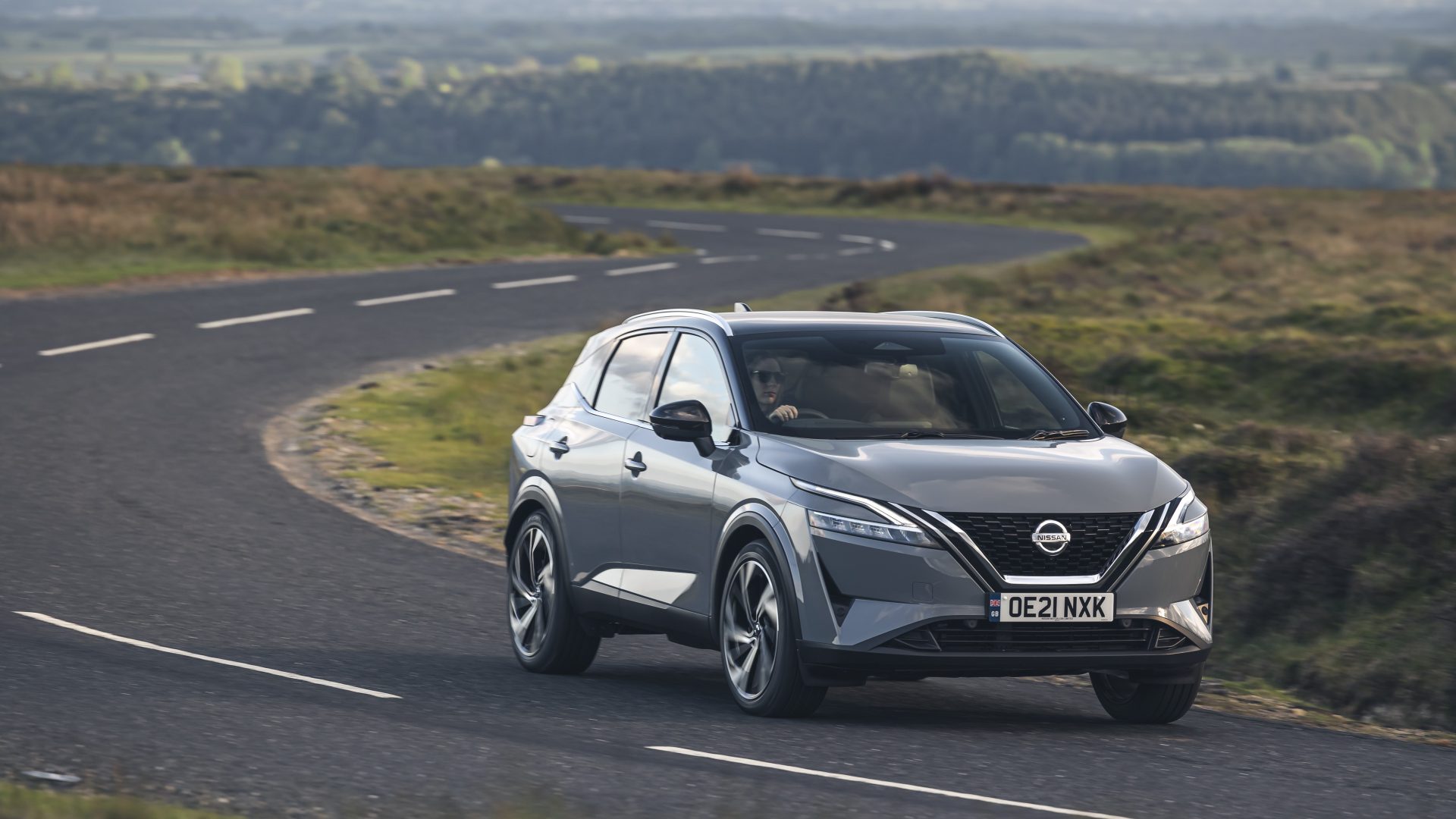 Though much of the Qashqai’s design has been overhauled, its 1.3-litre engine is largely the same as the one you’d find on the older car. As mentioned, it has now been given mild-hybrid assistance to help increase efficiency and fill in the gaps in torque for smoother, more linear acceleration.

Nissan says it’ll power the Qashqai from 0-60mph in 9.3 seconds and onwards to a top speed of 128mph. ‘Our’ particular car pushed out 156bhp, though a lower-powered, 138bhp version is also available. Here, drive was sent to the front wheels via a six-speed manual gearbox, though both an automatic gearbox and four-wheel-drive remain available elsewhere in the Qashqai line-up. Nissan quotes 43.6mpg combined and CO2 emissions of 146g/km for the Qashqai – so pretty much par for the course.

Nissan has shaken up the way the Qashqai drives through edits to the steering and suspension. It now feels a little more alert to drive than before and though the steering is pretty lifeless it’s accurate enough to allow to confidently place the car on the road. The suspension does well at higher speeds, but can start to struggle with potholes when you’re travelling at slower ones. Travel down a country lane and you’ll quickly find the Qashqai has a tendency to thud and shake through road imperfections.

The engine itself lacks any real pull from low down, but quickly comes on song as the revs build. There’s plenty of in-gear punch, too, so roll-on acceleration is available when you want it and this particularly helps when on the motorway.

The look of the new Qashqai represents a great evolution of the old one. It’s still recognisable as the famous crossover, but a range of touches have injected some much-needed freshness into the design. The front grille is larger than ever, while the split-style LED headlights look particularly futuristic. There are all manner of cuts and lines across the flanks of the car, too, which help to give it a dynamic appearance.

Around the back, you’ve got the Qashqai name spelt out loud and proud, while the design of the headlamps is mirrored in the tail lights. It’s a really great design and helps the Qashqai to stand out. 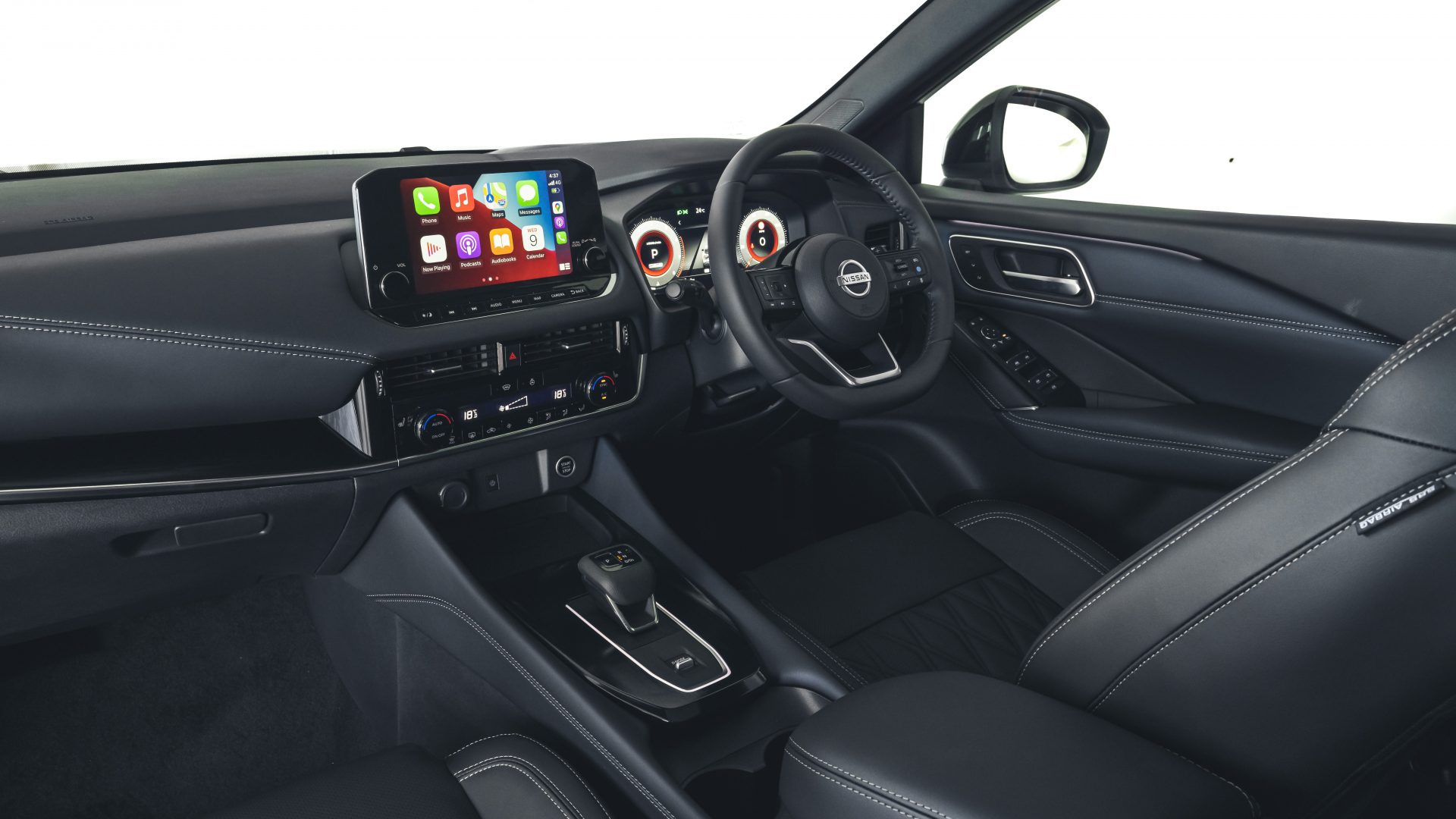 The last Qashqai really faltered in terms of cabin quality – particular as new rivals appeared on the market – so it’s unsurprising that Nissan has gone to town inside the new version. There are loads of high-end materials, though these are contrasted by some scratchy plastics around the gearstick and cupholders. That said, it all feels robust and well screwed together.

But it’s practicality where the Qashqai needs to do well and, fortunately, it does. There are loads of cubbies and storage areas, while the rear seats – which offer plenty of legroom – get plenty of stowage solutions too. When it comes to boot space, the Qashqai does even better than before thanks to its 504-litre load area – some 50 litres more than you got in the previous-generation car. It’s also got a clever split-loading design, which can be flipped over to reveal a scratch-resistant, hard-wearing surface ideal for when you’re transporting wet or muddy items. 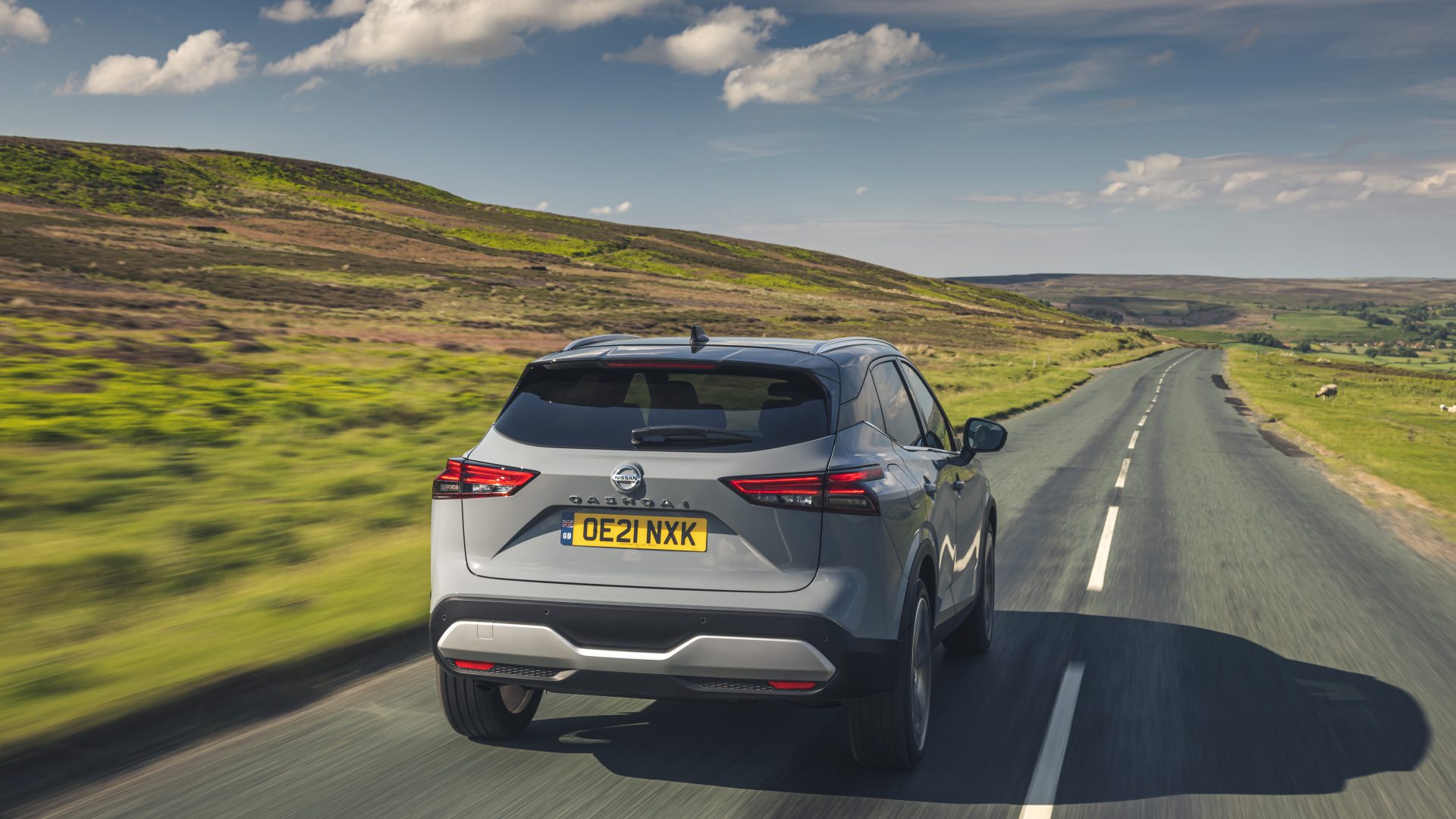 The Qashqai has historically been a model focused on value-for-money and, given that it starts from £23,545, it looks like it’s the same story for this new version. You get plenty of kit as standard, too, including automatic headlights and an almost overwhelming list of safety assistance systems such as intelligent cruise control and rear traffic cross alert. You also get Nissan’s latest version of the ProPilot system which is able to not only speed up and slow down according to traffic conditions, but react to changing speed limits and bends in the road, too.

Our car, in range-topping Tekna+ trim – priced from £34,175 – adds a nine-inch central infotainment system and 12.3-inch digital cockpit, which both elevate the feeling of technology in the cabin – though we wish the mapping were a little more detailed and that the cockpit’s dials were given slightly more up-to-date graphics. Elsewhere, you’ve got part quilted seats with massage function and a 10-speaker Bose sound system. There’s plenty of kit regardless of which trim you go for, in fairness.

The new Qashqai arrives as a credible and well-thought-out replacement to the previous version. It’s better in all the important areas such as space, practicality and driver involvement, without pushing the price too high. The low-speed ride might be a touch fidgety and some of the interior plastics a tiny bit scratchy, but save for these foibles, this is one well-rounded crossover.

In fact, there’s no reason why this Qashqai will dampen any of the enthusiasm which has been lavished upon it for years now. Another best seller? You can bet on it.