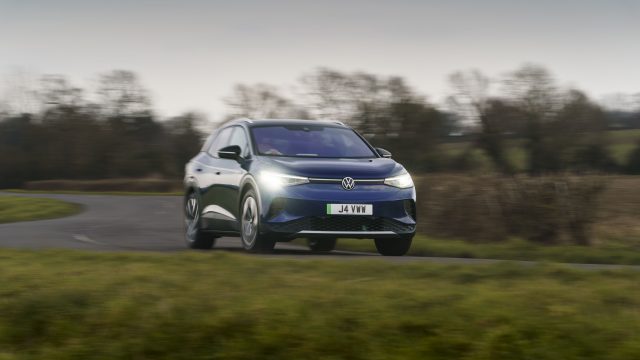 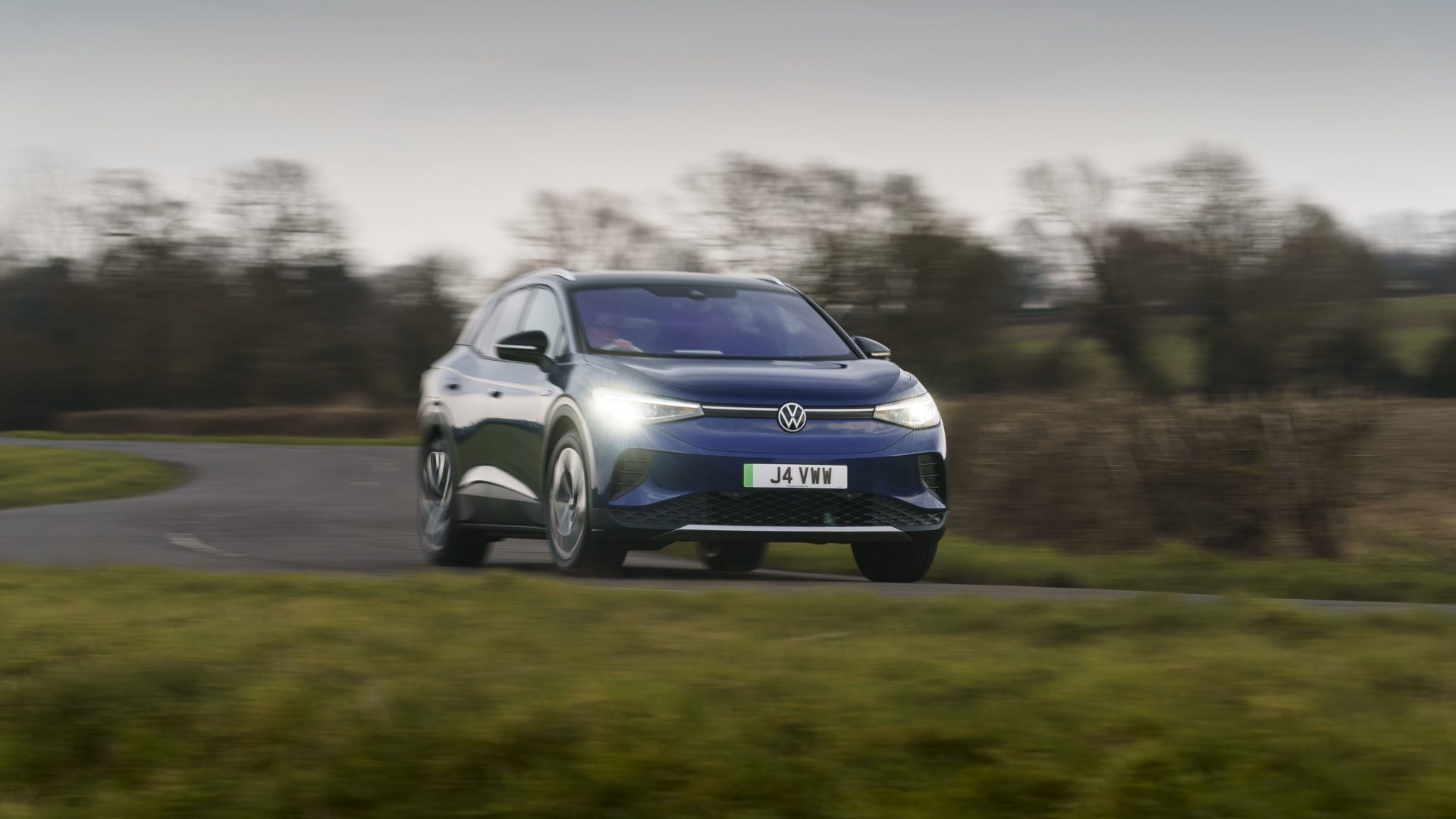 VW has followed up its ID.3 hatchback with this new ID.4 crossover. Does it successfully take the ID.3 package up another size? Darren Cassey reports

Everyone’s building electric vehicles these days, and at the forefront of this electric charge is Volkswagen with its ID range, which aims to bring EVs to the mainstream. The first model was the ID.3 hatchback, and now it has been joined by this, the ID.4.

It’s an SUV and, as a result, is expected to be the big seller. If Volkswagen is going to tempt buyers out of their combustion-engined cars, models like this really need to be good. It’s also part of VW’s big environmentally friendly push, because aside from having zero emissions from its tailpipe, it’s built on a production line that’s powered by renewable energy.

With this being only the second vehicle to be built on the MEB platform and the first generation of ID.4, pretty much everything you see is new. That means everything from the design language to the layout of the batteries.

The platform allows the batteries to be tucked away in the floor, so there’s better weight distribution and more cabin space, while the interior gets a minimalist, screen-focused design. 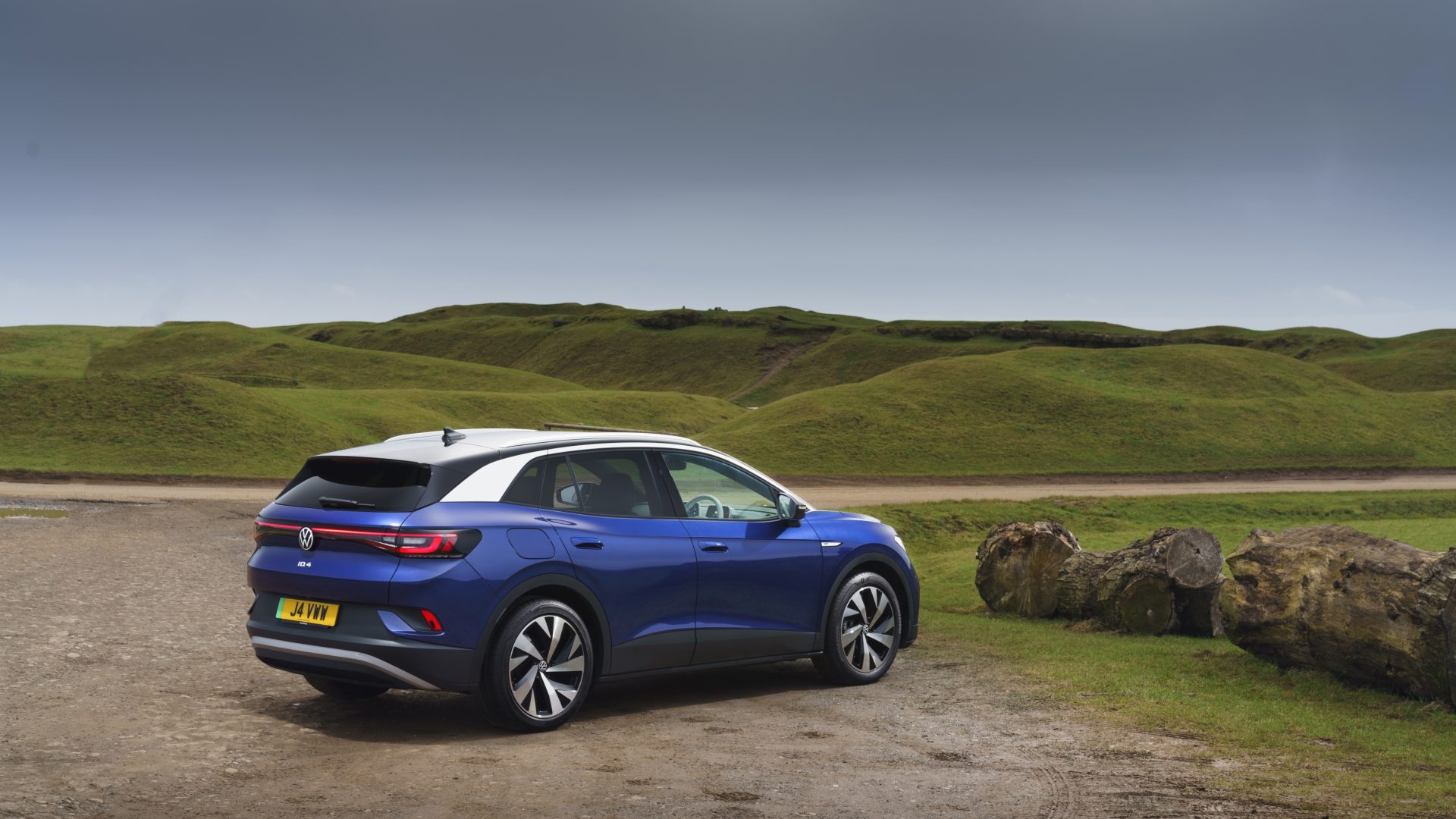 We’ve got behind the wheel of a First Edition model, which means it has a 201bhp electric motor driving the rear wheels, powered by a 77kWh battery. The result is a range in excess of 300 miles in official tests, though our brief time with the car would suggest mid- to high-200s as a more realistic figure in mixed driving.

This is quite a big, heavy vehicle, so 201bhp isn’t a huge amount of grunt. The immediate torque typical of an electric motor is there, but it doesn’t quite have the kick we’ve come to expect in rival cars. However, this does suit the character of the car, which is meant to simply be a relaxing and comfortable family car.

Although it doesn’t have punchy EV thrills, that doesn’t make it a disappointment behind the wheel. VW has clearly deliberately made the power application silky smooth, which makes driving about town easy and relaxing.

It rides well, too, not being quite as stiff as some electric vehicles, so rough urban roads aren’t constantly jolting through the cabin, while at motorway speeds it cruises in comfort. There’s impressively little wind and road noise, either.

And while it’s definitely not a car made for corner carving, that low centre of gravity does make it surprisingly handy when the road gets twisty. Don’t lean too hard on the tyres and you can make swift, satisfying progress. 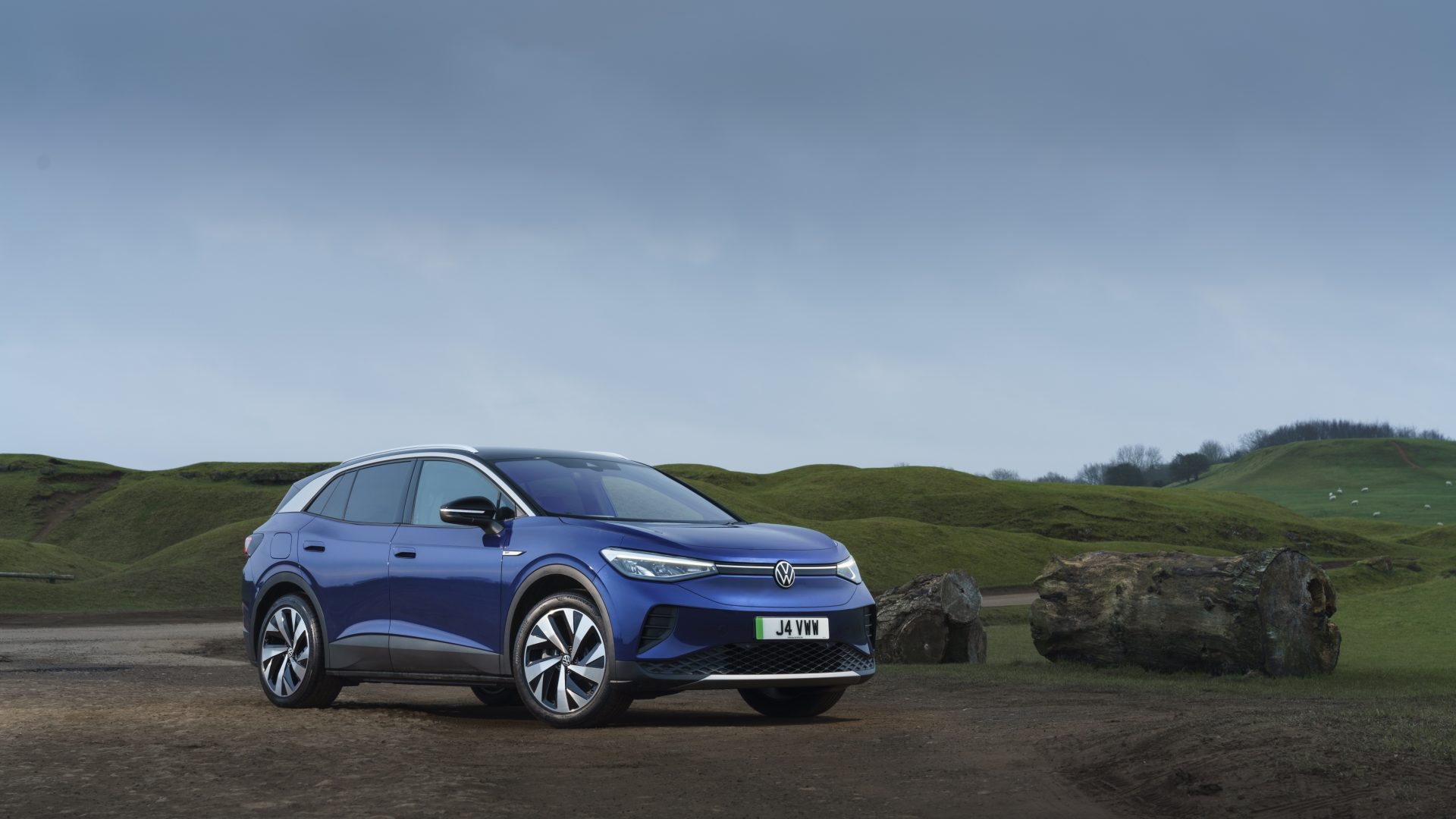 Obviously beauty is in the eye of the beholder, but to our eyes, the styling is probably the least appealing aspect of the ID.4. As we’ve mentioned with the driving experience, this is a car designed to blend into the mundanity of your everyday routine, but just a little sparkle from the design department would be welcome.

The front end is definitely its best angle, with the chunky headlights and wide, curved lower front bumper giving it a purposeful face. It’s actually a refreshing change from the recent trend for sleek, smooth styling, it’s just the rest of the package that’s closer to white goods than something that’ll inspire an emotional purchase…

The interior has a futuristic, minimalist feel to it, with simple screens and a distinct lack of physical buttons. Fortunately the screens are quick and responsive to the touch – though Apple CarPlay refused to connect for the duration of our loan – and the spaciousness and airy ambience are fantastic.

There are a couple of complaints, though. The design does feel a bit cheap and basic in places, while the capacitive touch buttons on the steering wheel are, objectively, terrible. They almost feel sticky and every time you adjust with the volume you’ll question how they made it to production. 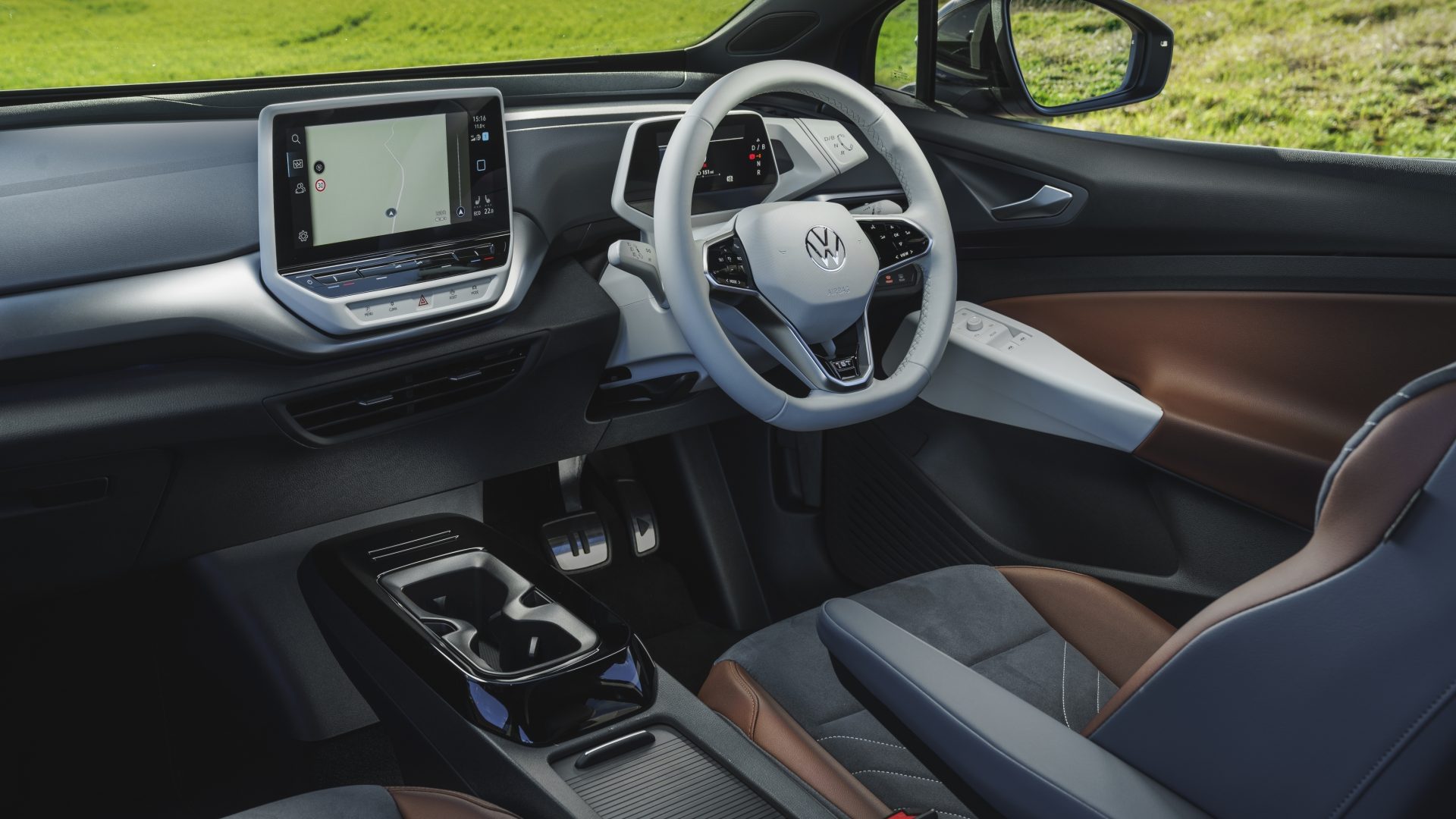 VW has just expanded the range in the UK, bringing the price of entry down and offering more powertrain and battery combinations. The new entry-level model is called City and starts at £34,650, meaning it’s eligible for the £2,500 plug-in car grant. As standard, you get the 146bhp motor and smaller 52kWh battery, with equipment including steel wheels, LED headlights and heated front seats.

Our ‘First Edition’ test car sat around the middle of the range, starting at £40,800. It has the bigger 77kWh battery and 201bhp motor, as well as 20-inch alloy wheels, tinted glass, gloss black exterior parts and First Edition badging.

We’ve become so used to electric vehicles having sexy designs and butt kicking performance, that when this rocks up looking pretty normal and happy to bimble along at an ordinary pace it can feel a little underwhelming.

And while yes, there are a few design quirks we’re not big fans of, the ID.4 largely nails its brief of taking everything the average family car buyer needs and delivering it in an electric vehicle. It’s spacious, comfortable, and won’t cost the Earth to run, and for many, that’ll make it mighty appealing.