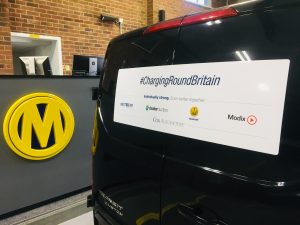 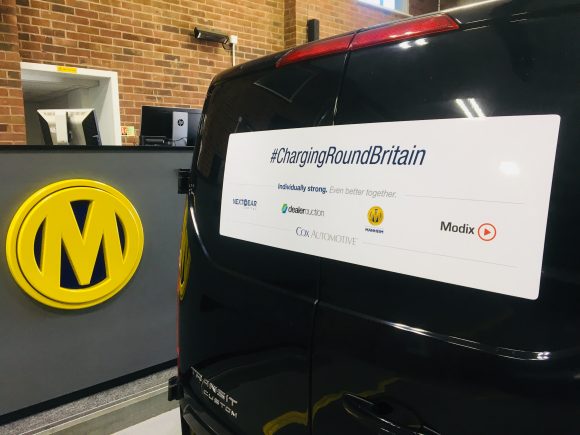 FORD Motor Company and Cox Automotive are joining forces to drive a plug-in hybrid electric van from John o’ Groats to Land’s End in a bid to raise money for Mind.

The #ChargingRoundBritain journey will mark the first time a plug-in hybrid van has driven the length of the UK and will take place in a prototype of Ford’s new Transit Custom plug-in hybrid (PHEV) van.

James Davis from Cox Automotive will be joined by Ford’s Stephen Wright on the six-day fundraiser for the mental health charity, setting off this coming Sunday and arriving at Land’s End next Friday 1,550 miles later. The van, one of 20 pre-production prototypes currently in fleet evaluation, will have its entire journey tracked and analysed.

To give people the chance to pore over Ford’s new PHEV technology, the route will take in five Manheim CV auction centres, as well as NextGear Capital’s Chester head offices. The Ford Transit Custom PHEV will also stop off at ALD Automotive’s head offices in Bristol to celebrate the two organisations’ Ford Lease partnership.

Davis, director of customer insight and strategy at Cox Automotive, said: ‘Ford and Cox Automotive have enjoyed a long-standing global partnership. From an initial idea, I’m so pleased to have developed this event with our friends at Ford. As well as raising awareness and experiencing this fantastic PHEV technology firsthand, we’ll be raising money for Mind. I’ve suffered from mental health issues in my life, and in our male-dominated industry we really need to be able to talk and share.’

The Ford Transit Custom PHEV’s visit to Manheim’s auction centres will start in Shotts on Monday, moving to Haydock on Tuesday, Shepshed and Bruntingthorpe on Wednesday and Gloucester on Thursday, before it sets off to Land’s End.

Dave Petts, the take it to market leader of the Urban Electrified Van programme at Ford Motor Company, said: ‘This is a good test of our London Trials prototype vehicle and I’m looking forward to seeing the data generated from the run.

‘The Transit Custom PHEV range extender gives zero emissions for city ULEZ and CAZ zones and the operational flexibility to be able to do this sort of run across the country without any range anxiety.’

People can follow their progress using the hashtag #ChargingRoundBritain and can donate via the JustGiving page.