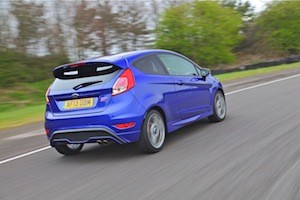 THE Ford Fiesta has extended its lead once again in the sales charts, after recording another successful September.

According to SMMT, the top 10 best-seller list for September was dominated by Ford, Vauxhall and Volkswagen – recording very similar figures to year-to-date.

Ford’s Fiesta once again remained on top, shifting an impressive 20,629 units in September, miles ahead of Vauxhall’s Corsa, which sold 14,464 units last month.

The Ford Focus followed close behind in third place with 14,295 units in September and the Volkswagen Golf came in fourth with 12,265 sales.

BMW took sixth and seventh place with the BMW 1 Series recording 10,084 units in September, while the 3 Series achieved 8,309.

Meanwhile, looking at year-to-date figures, the picture is quite different.

The Fiesta topped the list once again with 94,047 units, but this time the Focus jumped up to the number two spot with 71,424 units recorded, ahead of the Vauxhall Corsa at 67,748 units.

Rounding up the top 10 is Volkswagen’s Polo in ninth with 34,302 units, while the Peugeot 208 dropped from eighth in the September figures to tenth year-to-date with 32,222 units.