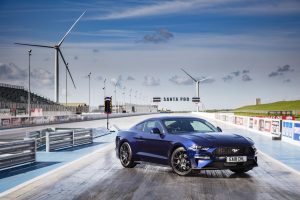 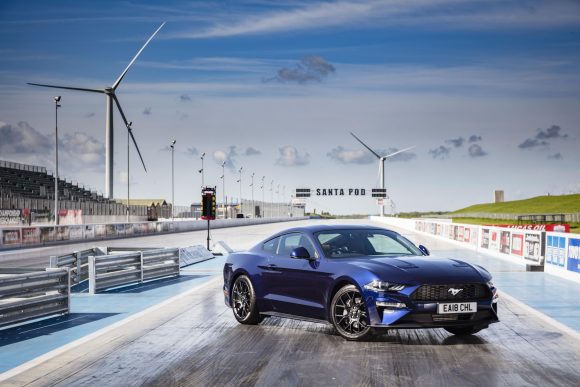 FORD has announced that it is adding a series of upgrades to its Mustang muscle car.

Buyers are now able to specify Active Valve Performance Exhaust technology on the 2.3-litre Ecoboost-powered model – a piece of equipment formerly only available with the 5.0-litre V8-powered model.

This feature allows drivers to tailor the car’s exhaust note to their needs. For instance, ‘Quiet Mode’ limits the amount of noise the Mustang can produce. It can even be programmed to automatically activate at certain times of day, when leaving home early in the morning, for example.

The smaller-capacity engine isn’t the only one to be upgraded, however. The larger 5.0-litre V8 will now benefit from rev-matching technology, which enables smoother gearshifts. The system automatically ‘blips’ the throttle when the driver downshifts, effectively matching the engine rotation speed to the selected gear.

Two new colours have been added to the Mustang’s already lengthy list of shades, with Velocity Blue and Need for Green giving customers even more personalisation options. They come alongside the special-edition Bullitt Dark Highland Green colour.

An all-new Bang and Olufsen sound system is now available on the Mustang, too. It features a dual-voice coil subwoofer, as well as three-way front door speakers to provide a better surround sound experience.