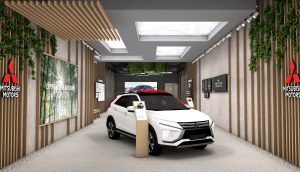 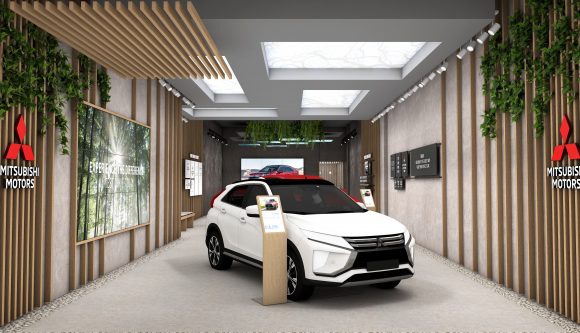 MITSUBISHI is to open its first shopping mall-based store in the UK as car-buying habits evolve.

Due to open next month, the store at Intu Lakeside in Thurrock will complement Mitsubishi Motors’ traditional dealer network and its Buy Online service.

The 1,281 sq ft of space has been split into experience zones, and in addition to a number of Mitsubishi models, the store will feature interactive digital displays and analogue content for customers to find out more about the manufacturer and the features of its vehicles.

Rob Lindley, managing director of Mitsubishi Motors in the UK, said: ‘With the opening of our first Mitsubishi store in such a prominent and well-established retail location, we are putting the customer at the very centre of what we do by offering them more choice than ever before in how and where to purchase their new Mitsubishi.

‘The store’s design perfectly conveys the bold, adventurous nature of the Mitsubishi brand, and we’re delighted to partner with Intu and Dalziel & Pow to create a platform that enhances our retail operation and will attract a whole new audience to our brand.’

Rebecca Ryman, regional managing director for Intu, said: ‘As a major retail and leisure destination in the south-east of England, Intu Lakeside welcomes a high number of shoppers drawn from the most affluent ABC1 socio-economic group. As a result, we’re seeing more and more premium car brands like Mitsubishi open a store to reach their target market.’

2018 is proving to be a good year for Mitsubishi. The recently launched Eclipse Cross SUV helped Mitsubishi Motors in the UK buck the trend of a declining market, with sales increasing by 17.5 per cent to 5,997 vehicles in the first quarter. A second all-new model, the Mitsubishi Shogun Sport, is due to be launched in the second quarter.