Foulds, who would have turned 68 next month, only retired from the company at the beginning of this year, having taken on the roles in July 2017.

However, he died yesterday (Jul 14) after undergoing an operation following a heart attack some weeks ago.

In a statement to the press, TrustFord said: ‘Everyone at TrustFord was saddened to learn the news that Stuart Foulds, whose retirement as TrustFord’s chairman and CEO was announced earlier this year, has passed away.’

Acting chairman and CEO Stuart Mustoe was quoted in the statement as saying: ‘I am sure I speak for everyone in the TrustFord family by saying how sorry I was to hear of this tragic event.

‘We know how much Stuart enjoyed his role with the company, and many highly successful initiatives within the group today came about during his tenure.

‘We would like to extend our heartfelt sympathies to his wife Moira, his children and wider family at this very difficult time.’

ProPlaters Vehicle Transportation Service co-founder David Godber told Car Dealer: ‘John Fifield and I started ProPlaters in 2018 and since then TrustFord have been a foundation client for us, with the team having now delivered thousands of their vehicles.

‘We couldn’t have asked for a more polite, genuine, dedicated and committed professional at the helm through this period, and he inspired both his own team and us too.

‘When he retired and passed the reins to Stuart Mustoe, it was clear that he’d left quite a legacy too.

‘He’ll be sorely missed by the industry as well as the team at TrustFord.’

And Car Dealer founder James Baggott paid his own personal tribute, saying: ‘Stuart was an inspiring leader who was never afraid to say what he thought about the topics that affected car dealers, large and small.

‘He was always a pleasure to interview, and it was clear, having visited his dealerships and met his leadership team, that he was a well-respected boss. He will be missed.’

At the time of his retirement, Foulds said: ‘It has been my privilege to work with an incredible team and lead the business to new heights.

‘I would like to thank everyone for their support and contribution to the business’s success during my tenure and wish everyone the very best for what I am sure is a great future.’

Foulds appeared on Car Dealer Live last August in which he spoke about TrustFord’s latest results and future expectations.

You can watch our interview with the respected industry figure at the top of this post. 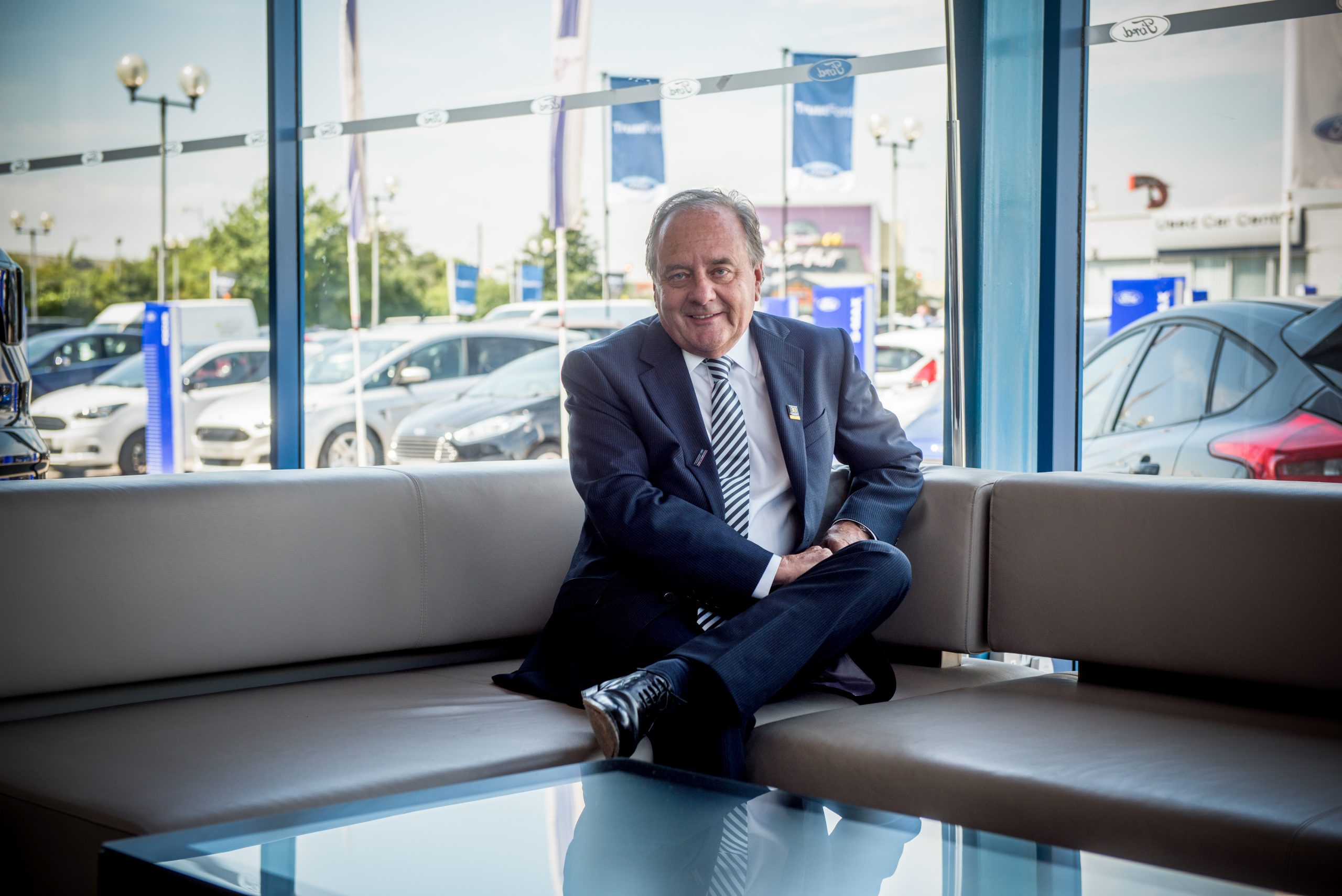 Stuart Foulds has died suddenly at the age of 67

He had a long history in the industry, going back more than 40 years, and was the longest-standing member of the Ford Dealer Council.

Before coming to TrustFord, Foulds worked for Pendragon, heading up the Evans Halshaw Ford Group for 20 years, and prior to that was operations director for the John Martin Group in Scotland.

TrustFord is the trading name of Ford Retail and is the world’s largest Ford dealer group.