Former Volkswagen Group boss Martin Winterkorn has agreed to pay millions in compensation for his role in the ‘dieselgate’ scandal which blackened the German car giant’s name.

Volkswagen Group said the former chief executive will be paying 11.2 million euros (£9.6m) in compensation for what the company called his failure to quickly get to the bottom of the scandal over diesel engines rigged to cheat on emissions tests.

Other directors from Audi and Porsche will also be paying Volkswagen Group millions over the scandal.

The carmaker also said it would be receiving 270 million euros (£232.7m) from liability insurance against loss from the actions of directors and officers.

In a statement, Volkswagen said Winterkorn ‘breached his duties of care’ as chief executive, based on an extensive investigation by a law firm commissioned by the company.

Back in September 2015, the US Environmental Protection Agency (EPA) found Volkswagen was using software to allow some of its cars to pass emissions tests, and then turned off air pollution controls during normal driving. 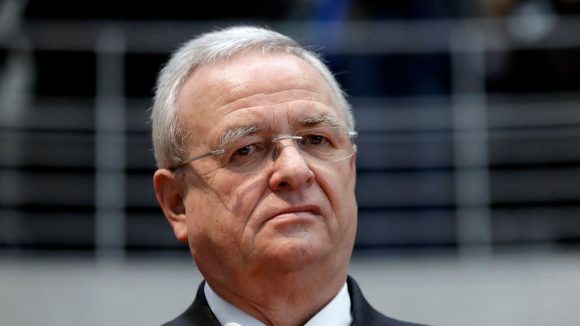 Winterkorn (pictured), who has denied wrongdoing, resigned a few days after the EPA’s notice of violation issued on September 18, 2015.

Volkswagen has apologised and paid more than 31 billion euros (£26bn) in fines, recall costs and compensation to car owners.

US environmental regulators were alerted to the emissions problems in May 2014 by a study from the West Virginia University’s Centre for Alternative Fuels, Engines & Emissions.

Volkswagen, however, continued to assert that the increased emissions came from technical issues, not illegal software.

The investigation found that from July 27 2015, Winterkorn failed ‘to comprehensively and promptly clarify the circumstance behind the use of unlawful software functions’ in 2.0-litre diesel engines sold in the US from 2009 to 2015.

The company said Winterkorn also failed to ensure that the company answered questions from US regulators ‘truthfully, completely and without delay’.

Settlements were also reached with other former VW executives.