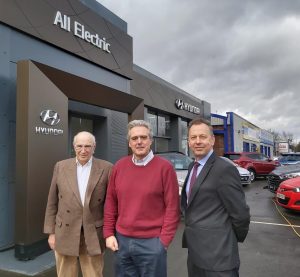 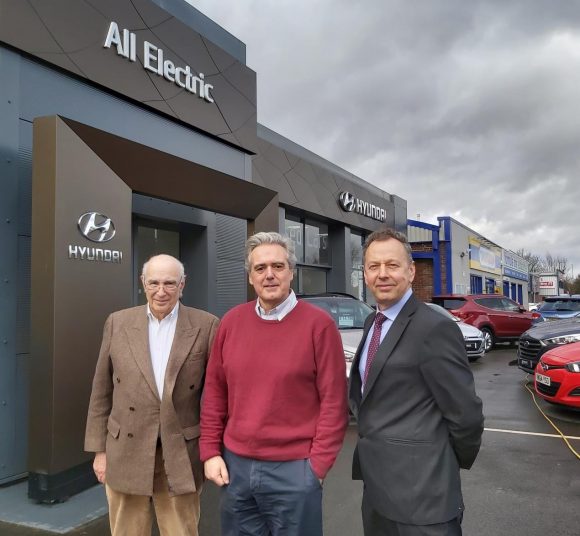 WYRE Forest MP Mark Garnier discussed the challenges and opportunities of the EV market when he visited the All Electric Hyundai dealership in Kidderminster.

In a meeting co-ordinated by the National Franchised Dealers’ Association via its Parliamentary Engagement Programme, the former under-secretary of state at the Department for International Trade chatted with All Electric Garages Group managing director Jason Pickerill and chairman John Leek, with the group’s contributions to the local and national economies on the agenda as well.

The Tory MP, who was also a member of the finance select and treasury select committees, and Pickerill discussed the electric vehicle market as well as the decline of new diesels despite the availability of the latest Euro 6d-Temp diesel vehicles. Clean air zones and the relevant government policies were debated, too.

The importance of protecting the plug-in grant in the forthcoming Budget was reiterated by the NFDA.

Pickerill said: ‘The visit provided an excellent opportunity to discuss the key issues affecting the automotive retail sector and highlight the challenges and opportunities facing dealers in key areas such as the electric vehicle market.’

The All Electric Garages Group was established in 1917 as one of the first electric petrol stations in the West Midlands and was bought in 1967 by Leek.

MORE: Get your house in order over EVs, industry tells government after earlier target date set

MORE: Ban on sale of new petrol and diesel vehicles plus hybrids ‘could come in 2032’