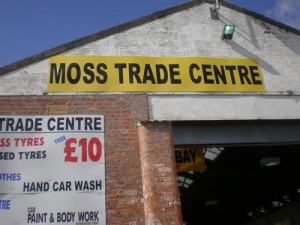 A GARAGE owner in Lincolnshire who was found guilty of selling unsafe part worn tyres faces up to 12 months in prison along with a £20,000 fine.

After just one hour’s deliberation, the jury at Lincoln Crown Court unanimously found defendant Luke McKenzie, trading as Moss Tyres in Grantham, guilty on 16 counts of being in possession to supply dangerous products, namely unsafe part worn tyres, to consumers.

McKenzie also pleaded guilty to supplying a spare tyre of the incorrect size during a Trading Standards test purchase operation and to providing false information stating that that tyres fitted by the business had been balanced when they had not.

Andy Wright, principal Trading Standards officer, said: ‘The fact that this case was heard by the Crown Court and the judge has indicated he is considering a custodial sentence shows just how serious this is. Many of the tyres had serious defects and exhibited accident damage which undermined the basic structure of the tyres. This could have had life-threatening consequences for innocent consumers and their families.’

According to Consumer Protection Act, it is an offence for anyone to sell part worn tyres that do not meet a number of principal requirements. For example, the tyre’s structural integrity must not be compromised, the tyre must pass an inflation test, it must have at least 2mm of tread depth around its entire circumference, repairs must have been carried out in accordance with the relevant British Standard and the tyre must be permanently marked ‘part worn’.

Stuart Jackson, chairman of TyreSafe, added: ‘We are extremely pleased that a significant number of dangerous part worn tyres have been successfully removed from sale. It is also very encouraging that both the Courts and Trading Standards recognise the gravity of this safety issue and are prepared to prosecute offenders to the full extent of the law. Other retailers should pay close attention to this verdict and ensure that if they are selling part worn tyres, they are fully compliant with the relevant legislation.’

MORE: Pendragon profits up 36 per cent to £60 million