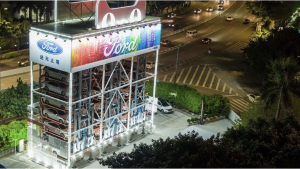 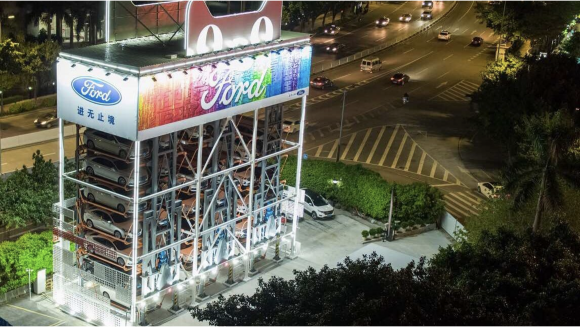 CHINESE shopping centre Tmall and Ford have partnered to offer people the convenience of picking up a car from a giant vending machine.

Alibaba Group, which owns Tmall, opened the Super Test-Drive Centre in Guangzhou yesterday, allowing potential buyers to pick from 100 cars using their mobile phone and take one for a three-day test drive.

‘We are looking for ways to simplify customers’ lives and give them the ultimate try-before-you-buy experience,’ said Dean Stoneley, vice-president of marketing at Ford Asia Pacific, at the launch event.

‘It’s about having them try Ford vehicles and ultimately buying the vehicle at a Ford dealership.’

The customer can search for a new Ford on the Alibaba app. The system then uses face recognition when the customer arrives at the vending machine and the car is delivered straight to them.

When the partnership was announced in December 2017, Ford Motor Company executive chairman Bill Ford said: ‘China is not only the largest car market in the world, it’s also at the heart of electric vehicle and SUV growth and the mobility movement.

‘The progress we have achieved in China is just the start. We now have a chance to expand our presence in China and deliver even more for customers, our partners and society.’

Last week, Ford of Britain announced a partnership with Next stores to increase its representation in a similar way but on a much smaller scale – and without the vending machine.

It will start with a five-car showroom in the refurbished Next store in Manchester’s Arndale shopping centre, where test drives will be available and new cars can be handed over. 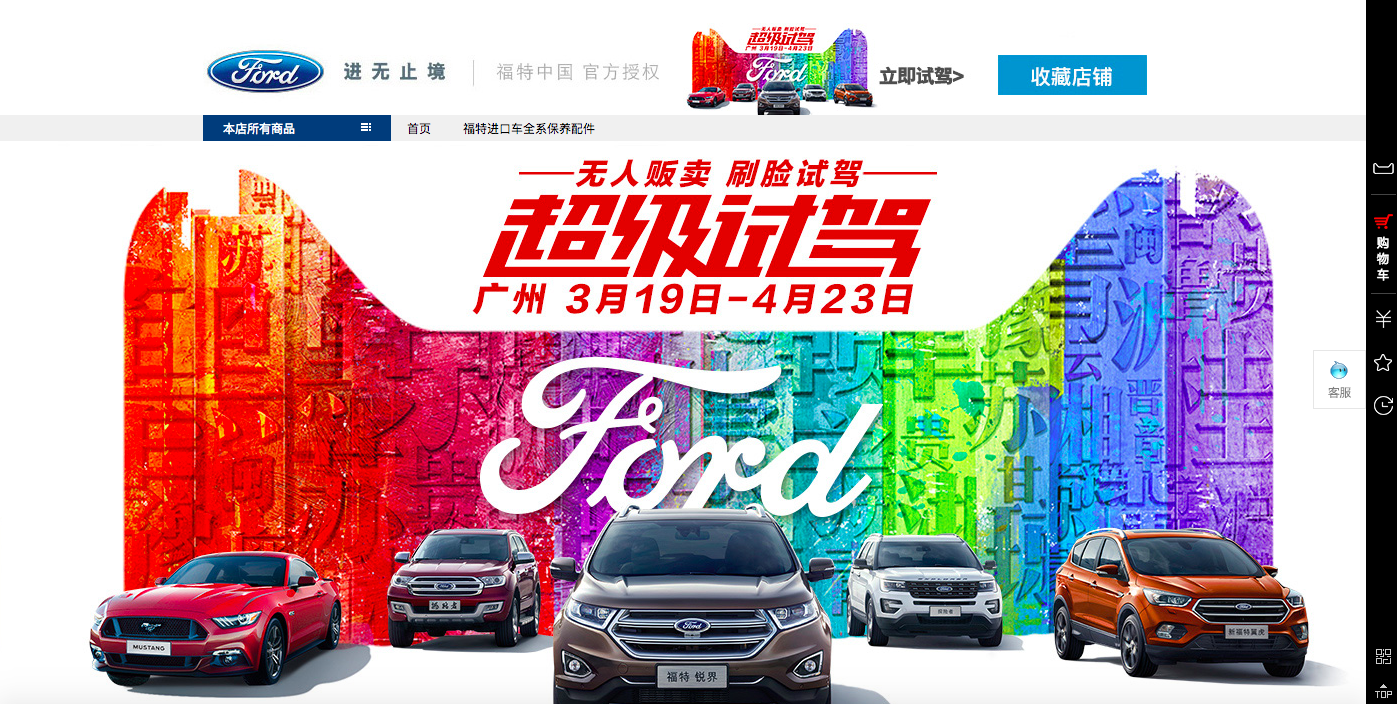 The hope is also that Alibaba’s analytics and marketing resources can be used by car brands and distributors to better target car buyers.

Gu Wango, general manager at Tmall Auto, said Alibaba would release the vending machine’s technology to the entire industry so that it could build stronger connections with consumers and support distributors ‘in the hope of helping upgrade the automotive sector as a whole’.

Cao Zhenyu, a senior executive at Changan Ford Automobile, the manufacturer of Ford passenger cars in Chongqing, China, added: ‘If we lengthen the duration of test drives, consumers can make buying decisions with more confidence and ease.

‘We want consumers to take our cars out travelling and on their daily commutes for them to fully experience our products, and eventually have that translate to sales at our physical stores.’

This car vending machine isn’t the first to be put into practice, with Carvana opening a 24-hour machine in the United States in 2017.