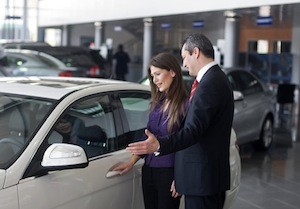 THE level of new car registrations is expected to tail off over the next four weeks, according to vehicle valuation experts Glass’s.

Following September’s influx of new car registrations, and the market matching Glass’s prediction for October, more modest levels of registrations are expected in the run-up to Christmas.

Head of analytics at Glass’s, Andrew Jackson, said: ‘The opportunity for manufacturers to force market share should subside, unless they intend to draw undue attention to themselves.’

Looking back at October where an overall 157,314 units were registered, private purchases amounted to 71,235 units, representing a 4.5 per cent increase year-on-year.

Nevertheless, petrol has still recorded a better year than diesel with the data recording a 12.9 per cent growth in year-to-date registrations in comparison to the same period in 2012.

However, due to diesel’s strong performance, market share for both fuel types now sits at 49.3 per cent apiece.

Over the coming weeks, Jackson predicts that new car registrations will begin to slow as we head into the winter season and buyers start to consider their finances, but he believes November should hit 154,000 units, representing a two per cent growth year-on-year.

Jackson said: ‘We now go into the quiet of autumn and winter as registrations settle, usually to around six per cent per month of the annual volume registered, with the next significant event being at the plate change in March 2014.

‘The exceptional growth seen over the year has begun to resolve to a steadier pace and gives further weight to the notion that a more modest rate of growth is the shape of things to come.’