Home > Columns > Glass’s: Is the UK new car market beginning to cool down? 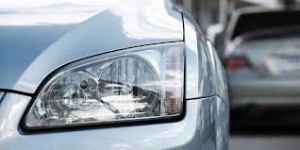 Glass’s: Is the UK new car market beginning to cool down?

IS the market sustainable or is it already showing signs of overheating?

August marked the 18th consecutive month of growth for the UK automotive industry, with more vehicles being sold than in any other year prior to 2007. However, considering the parlous state of the European industry, one begins to wonder whether the UK market is sustainable or if it’s already beginning to show signs of overheating?

Any slowdown will, in no small part, be achieved via the heady cocktail of vehicle manufacturers employing ‘aircraft-carrier economics’ alongside exceptionally competitive rates of finance and the advent of PPI compensation, which on recent estimates averages £2,750 per claim – making financing via personal contract purchase (PCP) a very attractive prospect indeed.

Between 2009 and the end of 2011, the percentage of private new vehicles financed by PCP schemes rose from 33 per cent to 47 per cent. The PCP figure further rose to 55 per cent in 2012, and as of the end of May this year the Financed and Leasing Association (FLA) reported that its members had reached a penetration level of 73.5 per cent for their products in the private vehicle sales market. It’s no surprise, therefore, that the private sector is running an average Seasonally Adjusted Annual Rate (SAAR) of sales in excess of anything witnessed since 2005.

To know whether this is a sustainable level of growth, we must consider the components that constitute the UK new car market: private, business and fleet.

Furthermore, when splitting these figures out into their constituent sectors (private, fleet and business) we start to see some very striking trends.

The private sector may currently be recording its best sales since 2005, but the business sector hasn’t recovered from recessionary-level sales.

On the positive note, we are heading into a period when the fleet sector registers growth in new registrations (indicated in chart two by the increase from August to November and has occurred in Q4 for the past three years). This year, the suggestions are that the same will occur, with (as reported on p101) Manheim recently announcing that it is anticipating a 20 per cent growth in supply of vehicles, primarily from defleeted company cars as well as the seasonal influx of part-exchanges, which points to fleet companies refreshing vehicle inventories.

However, one should be mindful that while this growth will give good reason to cheer, it will still be below pre-2008 levels and, furthermore, the fleet sector is only performing marginally better (on average) than its 2009-to-2011 figures.

This raises an important question for the market: when the ‘private party’ stops, who will be left picking up the bill? One hopes that fleet will rally, as it has historically done over Q4. However, in the longer term there is little evidence to suggest that either the fleet or the business sectors are displaying the willingness to step into the fray, especially as the business sector is unlikely to fully recover, because of outsourcing to fleet.

Thankfully, irrespective of the indicators, which are beginning to appear, when projecting the SAAR of new vehicle registrations through the remainder of the year, indications are that the UK should witness 2.19m registrations by the end of 2013.