Home > News > Is Google about to get into the used car advertising game? Tech giant tests displaying car dealer stock in search 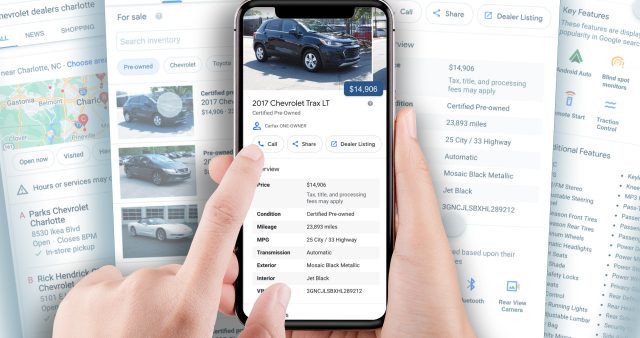 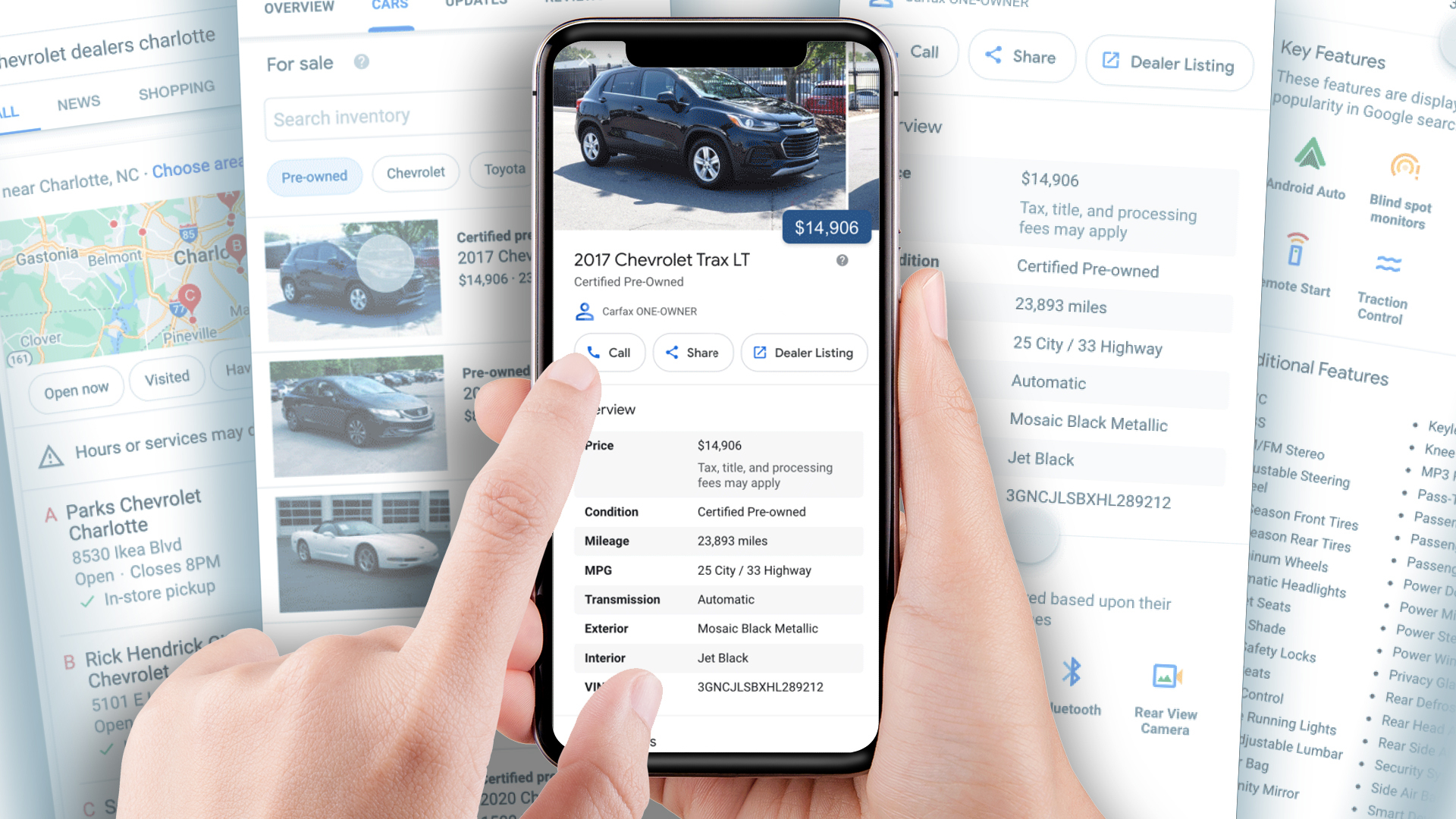 Is Google about to get into the used car advertising game? Tech giant tests displaying car dealer stock in search

Google is testing serving used car stock from car dealerships in search results in a move that could be rolled out across the world.

The tech giant added ‘local/cars’ and ‘local/dealership’ to its robots.txt files late last week in a move online commentators suggest that something big is afoot.

It could put Google in direct competition with the likes of Auto Trader, eBay Motors Group and Carwow as it displays cars for sale in results instead of sending users to third party websites.

The related Google pages have since been removed, but some savvy bloggers were quick to grab screenshots of the new look pages.

Barry Schwartz reported on the SearchEngineland.com website that there were filters for new and used cars when he looked up cars for sale in his area.

Schwartz said the results were ‘not working 100 per cent correctly’ but said this suggests the move is in the testing phase.

Pictures of the cars, the location of the dealership they were for sale at and their prices were all displayed directly under the search box.

Schwartz said: ‘Is Google going to be getting into the car dealership space, where Google will start selling cars directly to consumers? I doubt it.

‘But this may be an early pilot with some dealerships to showcase their local inventory in the Google search results.

‘I expect we will hear official news from Google on how to get your local dealership to participate or if Google is just crawling inventory feeds from these local dealership websites. The formats of these feeds are normally the same across most dealerships anyway.’

How the search function for used cars could work. Source: Google

GForces chief executive officer Giles Smith said this could be one of the initiatives the search giant had been working on during the pandemic to help businesses.

He told Car Dealer: ‘This is a very interesting development and how it will play out is still not clear.

‘If the pilot becomes a reality, this has far reaching consequences for both dealers and the marketplace portals.

‘Dealers could expect to see their stock promoted directly on Google via feeds to highly targeted, regional consumers and potentially for free.

‘For the marketplaces, this would most certainly feel like Google attempting to cut out the middleman and will no doubt have some impact on their traffic figures.

‘Throughout Covid, Google has been working hard to support local businesses so perhaps this is the first step they are making to help dealers. Time will tell.’

Google said in an official statement that it is ‘continuing its efforts to connect businesses with potential customers’.

Google said: ‘We began working with select car dealers and data providers in the US to pilot new ways for dealerships to showcase their cars for sale directly on their business profiles in search.

‘The car inventory information is powered by feeds shared directly from dealers or their data providers. Google is not charging a fee for this feature.’

Google said that businesses in the States could fill out a ‘partner interest form’ if they wanted to know more.

It is not yet known if a similar trial will take place in the UK, but as most of these concepts start in the States it’s likely to.

Detailed car listings are also available on the test pages too with key details of the cars, price insights – including when the car was listed.

Rob Powell is director of Spike, a digital marketing agency, and worked at car dealer group Pendragon for nine years. He thinks the new feature could come to the UK.

He said: ‘If this launches in the UK, we’d expect this to have a considerable impact on the aggregator sites.

‘It’s likely to follow a similar pattern to what the online travel agents saw when Google Hotel Search was introduced, which will mean organic search results get pushed down, click-through rates will drop and they will have to drive more traffic via the paid elements of the car search results.

‘For the dealers, this will give a notable challenger to Auto Trader’s dominance by introducing another channel for dealers to drive traffic directly to their sites and move spend away from Auto Trader.’

She said: ‘The impact of Google testing used car stock could be huge both for dealers and customers, but not necessarily in a negative sense.

‘From what we know so far, it would place extra emphasis on the dealer themselves, ensuring that they have their stock well presented and fully optimised from a data point of view.’

Coleby said the move could ‘massively help’ with enquiries and sales.

She told Car Dealer: ‘When Shopping Ads were introduced, they transformed the conversion rates for e-commerce websites, so we fully anticipate this to have the same impact as it is essentially the same thing – shopping ads for vehicles.

‘Of course it means that some dealers will really have to up their games in terms of visual offerings and the quality and accessibility of vehicle photos, as this will be what a user sees from their initial search results.

‘It will be yet another tool to help the consumer find what they want more easily and we’ll be really interested to see how good the roll out is and how well received it is by our dealers.’