Home > News > Investigation: Is now a good time to buy a used car and what will happen to used car prices? 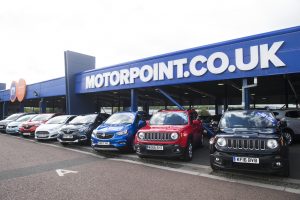 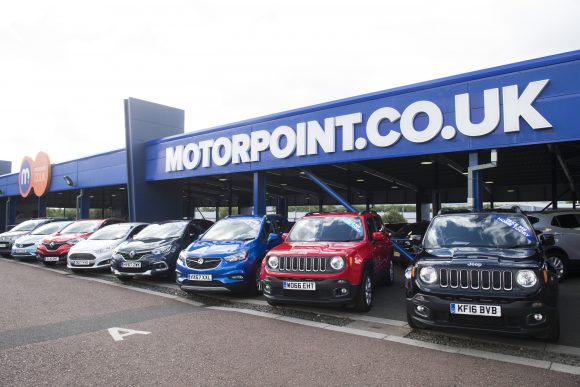 Investigation: Is now a good time to buy a used car and what will happen to used car prices?

No one knows exactly what will happen to used car prices after the lockdown lifts – but one thing is for sure: everyone wants to know.

Ask consumers if used car prices are going to go down and they’ll quickly tell you struggling dealers will be faced with slashing prices to get customers back into dealers.

Car dealers we’ve spoken to say they’ve been receiving constant low-ball offers on the stock they have been advertising during the lockdown – but most of the trade is holding firm on prices.

Car dealers know that there is some strong pent-up demand out there for used cars and that is rising during lockdown. When they’re allowed to reopen dealerships, used car prices could in fact go up.

Here, we take a look at all the evidence we’ve seen so far to try and get the most accurate picture of what is happening to used car prices in an article that is designed for both the trade and consumers.

What is going to happen to used car prices?

That depends who you ask.

Car Dealer Magazine has spoken to a number of different experts in the last few weeks. Used car prices are set by an average taken from volumes that are sold via trade auctions, retail sales and advertised prices on the large classified advertising websites.

Prices cannot be moved if nothing is selling – and used cars have not been selling in any volume during lockdown as dealerships are closed. The trade auctions are also mostly closed, with only a very limited number of online sales taking place.

CAP HPI and other guides set prices and usually publish them daily to some dealers and monthly to others.

CAP HPI head of valuations Derren Martin told Car Dealer Magazine this week that it has not been able to move prices during the lockdown, but as trade volumes creep up to around 15 per cent of normal this week it thinks it will be able to start adjusting the prices of older cars.

What has CAP found with the price of those older used cars?

Martin told us that the used car market faces a volatile few weeks following lockdown lifting and prices could drop by 3-5 per cent.

The older cars it has seen moving in the last few weeks – in the five to 10 year old age bracket – have dropped by that amount, but so far he says there is not enough data to move the price of newer used cars. That could change in the next few days.

Who is predicting used car values will go up after lockdown?

Online classified website Motors.co.uk reported on data it had generated from the asking prices dealers were listing used car stock at on its website.

It said that while there were price drops in certain regions – the biggest of which was a -4.3 per cent dip in south central England, it did find that prices in London and Scotland had gone up.

CAP HPI’s Martin agreed with these findings, telling us he had also seen prices increasing for some used cars too.

Why are used car prices going up in some areas?

The used car market is all about supply and demand – and that dictates the price dealers can sell their stock for. Currently there is some demand, but no way of servicing that so effectively prices have been frozen.

With new car sales dropping -97.3 per cent in April and May likely to be just as bad, the usual huge flow of part exchanges that fuels the used car market hasn’t happened.

That means that while dealers are well stocked at the moment, when those cars are sold it may become harder to restock and dealers begin to fight over the best cars at auction, pushing the prices up and thus increasing the price to the end user too.

This would, of course, depend on the demand being there from consumers to buy those used cars that are in stock in the first place…

Are consumers going to want to buy used cars when the lockdown lifts?

It is highly likely that a number of factors could combine to see consumers hit the used car market when they are allowed.

Firstly, demand is clearly picking up. Research by a variety of different outlets has suggested as much.

What Car? reported this month that dealers could see a ‘rush’ of customers while Motors.co.uk this week said that 75 per cent of used car buyers who are in the market now plan to buy within three months of the lockdown lifting.

The classified listing site also said that 17 per cent of those buyers were due to buy ‘immediately’ the lockdown restrictions easing allowed them to.

Dermot Kelleher at eBay Motors Group said: ‘Used car buyers have still been active online with our research showing an eagerness among the vast majority to continue with their purchase plans.’

There is also anecdotal evidence that used car car buyers may increase as many employees are told to avoid public transport to get to work. Trains and buses may have an 80 per cent reduction in capacity making it difficult for some to get to work.

While the flip side of this is many people are likely to work from home. No experts Car Dealer Magazine has spoken have been prepared to predict what impact this will have.

What would cause a huge drop in used car values?

A flood of supply to the market from either dealers looking to quickly get cash back into their empty bank accounts or from leasing and rental companies liquidating stock could push prices down.

But for all those involved that would inflict more damage than it would good, as used car dealer Jamie Caple of CarQuay put it ‘there’s no point selling tenners for fivers’.

While the short term gains of getting cash back into businesses will be great, flooding the market will ultimately cause longer term pain.

CAP HPI’s Martin said: ‘If the rental and leasing companies decide to flood the market with cars because of the downturn they have seen in their businesses then it could cause serious issues. We need defleeting to be carried out in a phased manner so as not to stress the market.’

Reports emerging from America suggest the large lease firms there – including Avis and Hertz – are cancelling new car orders and not planning on changing their fleets. If this happens here too, and that’s likely, this would restrict the numbers of used cars entering the market and could help keep prices hold firm.

So best guess, what will happen to prices and supply of used cars?

Now you’ve put us on the spot.

It depends on such a large number of factors including what distressed dealers do with prices, whether there really is consumer demand out there for used cars and what the large fleets do with their stock.

Taking into account all the conversations Car Dealer Magazine has had with dealers, manufacturers and pricing experts over the last few weeks we’d predict a small drop in prices – only marginal – and then a rebound in the months that follow as supply dries up and pushes prices up.

One used car buyer from a big dealer group summed it up for us: ‘Prices will be dependent on three things.

‘First, dealers’ attitudes to cash flow and stock turn when lockdown is lifted. If they need the money and want to turn the stock quick then they’ll price aggressively which might create a race to the bottom in the short term and the guides will take note of this.

‘Secondly, consumers hate uncertainty and we’ve a large dose of that, so the temptation might be to save and not spend.

‘Thirdly we’ll have to see the attitude of the big fleets (like Motability) and daily rental when we return. If, as has been reported, daily rental don’t order new cars and de-fleet in huge numbers their current inventory then this will also help hold prices firm.’

He added that in his best guess – and he’s been doing this for 13 years as a day job – he thinks they’ll be an initial bounce in demand, followed by a dip as people tighten their belts.

So when is a good time to buy a used car?

If you’re in the trade that’ll depend on when you need stock. Retail prices have a direct correlation to trade prices, so margins remain largely the same.

The art is buying when demand is plentiful and selling when supply is scarce – but then that’s the same with everything. If you can master that then you’ve got a more accurate crystal ball than us.

If you’re a consumer and in the market for a used car then it depends how desperate you are to buy and whether you’ve seen the one you want. Our advice would be if you’ve seen the right car, in the right spec at a price you can afford to do the deal.

If you wait for used car prices to change, you’ll be waiting forever as they go up and down like the tides – far better to buy the car you want now when you see the right one, than to put it off and miss out.

Where can I buy a used car during the lockdown?

Used car dealers are open for business during the lockdown – they have just changed the way they operate.

Consumers can buy and reserve used cars on many car dealer websites, while others are taking remote enquiries and offering customers the chance to view the vehicles digitally via FaceTime, Zoom or WhatsApp video calls.

Dealers report business is taking place and while currently you cannot go to the dealership to pick up a used car, the dealer can deliver it to your home (if they are set up to do so).

Should I sell my used car now?

Again, much like the point about when you should buy a used car – selling them is usually dictated by need. We’d argue now is a terrible time to sell a used car yourself, though.

More than car dealers, consumers are likely to get ridiculous offers during the lockdown via online auction sites or advertising platforms.

Also, viewings of your car aren’t strictly allowed during the lockdown when social distancing measures are in place and test drives are a big no-no as you’d have to be in the car with someone from outside your household.

When will car dealers be open to sell used cars?

Car dealers are hoping that will be confirmed by prime minister Boris Johnson tomorrow (May 10). Best guesses as of today are that May 18 will be the date dealers will be allowed to open up on an appointments based system.

That is likely to continue for the foreseeable future with more buyers moving to online and remote purchases.

More on used cars can be found here:

Used car prices are stable with some even increasing in regions

Investigation: Why car dealers need to hold their nerve on used car prices