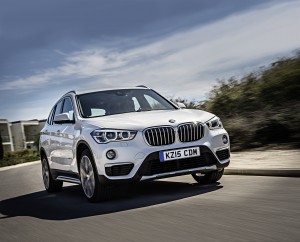 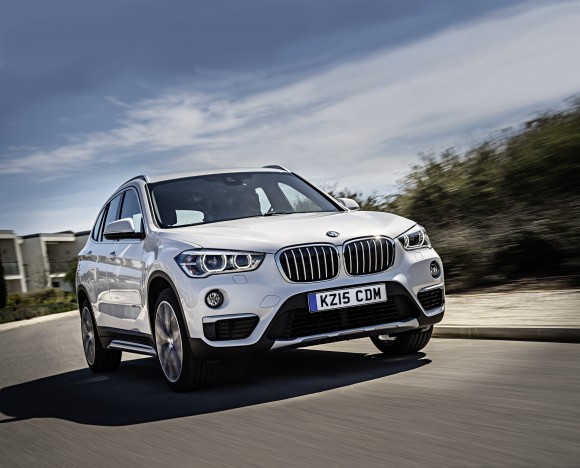 This is the totally revised BMW X1. Gone are the weird looks of the last model – which managed to clock up 730,000 sales around the world – and in comes a fresh, chunky design that makes it look like a shrink-wrapped X5, but in a good way. One in 10 BMWs sold was an X1 at the height of its success and it was continually in the top three most popular cars sold by the manufacturer, so this new model has a lot to live up to. Aimed at ‘young, sporty’ buyers, the maker believes this is a lifestyle vehicle that can be used every day.

Standard equipment is plentiful. Navigation, DAB radio, 40:20:40 split rear seats (with handy buttons to fold them flat into the boot), alloy wheels and an automatic opening and closing boot that you can operate with a wave of your foot are all included. As you move up the range, larger alloys, different trims and LED headlights are added, while the M Sport adds a smart styling pack too. On the options list is a heated steering wheel, Harman Kardon speakers and a head-up display, plus lots more.

Frankly, quite brilliant. For what is essentially a small SUV it belies its size on the road. Bumps are soaked up beautifully and the ride is plush. The high seating position is commanding, and although the steering feels a little uncommunicative at times, it isn’t off-putting.

Auto Express said: ‘It’s not as sharp as a BMW 3 Series, but still entertaining to drive. And it’s comfortable…’

We loved the BMW X1. The last one passed us by somewhat – we felt the looks were strange and out of proportion. This new model is much better, though. The chunky looks make it really stand out on the road – even if it does look like a miniature X5 (but that’s no bad thing) – and the interior is a lovely place to spend time. As you’d expect, it feels premium. We’d go so far as to say that if you’re looking for a premium SUV with diminutive dimensions this should be at the top of your shopping list.