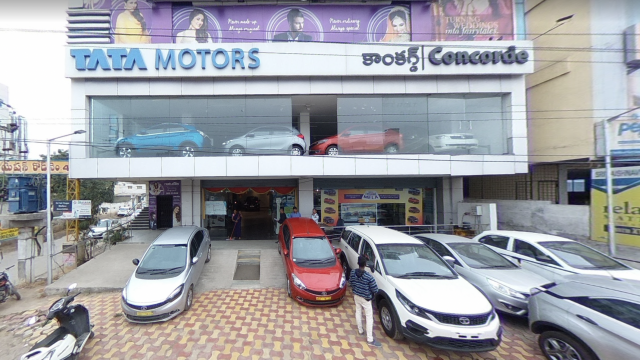 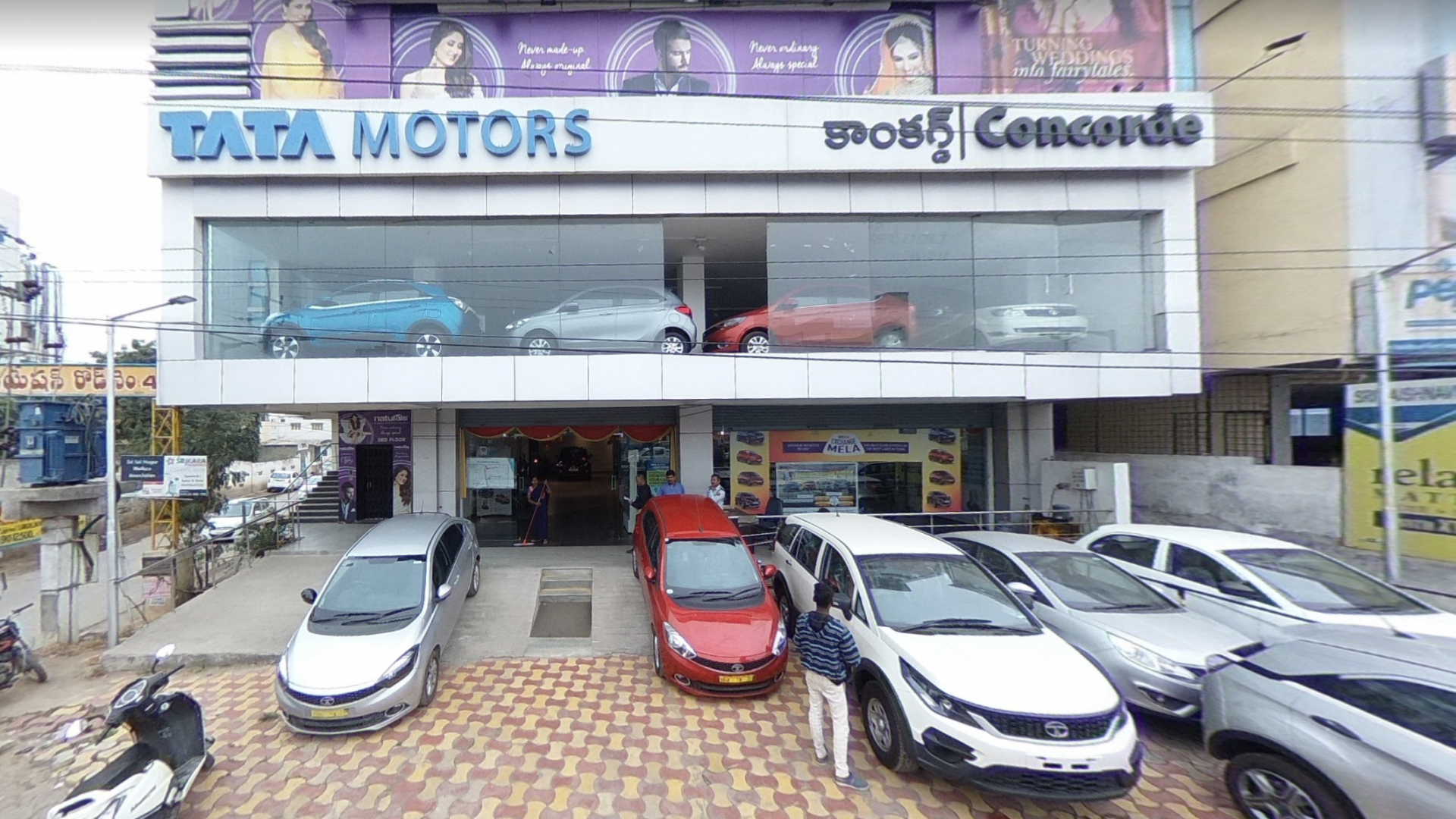 Two people had to be taken to hospital after a new car being prepared for its owner veered out of control and fell out of a first-floor workshop.

The bizarre spectacle took place at a dealership in Alkapuri, India, where workers were conducting a handover with the car’s new owner.

In a scene captured on CCTV, the Tata Tiago was waiting to be brought down on a hydraulic ramp to the ground floor.

However, as one of the salesmen was talking the buyer through some of the motor’s features, things spiralled out of control.

It is believed the new owner put the car into drive and accidentally pressed the accelerator.

Despite desperate attempts by workers to halt the car as it rolled, the hatchback was catapulted through the open ramp doors.

It then plummeted on to a busy street below before overturning and damaging several bikes – as well as the showroom manager’s VW that was parked outside.

A passer-by, as well as the car’s new owner, had to be taken to hospital for treatment.

V Ashok Reddy, the station house inspector at the Tata Motors dealership, was quoted as saying: ‘The car was driven by the vehicle owner who by mistake pressed the accelerator instead of the brakes. The driver of the car suffered minor injuries.’

The driver was charged under section 337 of the Indian Penal Code for ‘causing hurt to any person by doing any act so rashly or negligently as to endanger human life, or the personal safety of others’.

And the owner of the new car is an LIC employee. He suffered injuries in the accident and a Suo motu case was registered @TOIHyderabad https://t.co/zROuvHAZec pic.twitter.com/0CcAeYhOqH