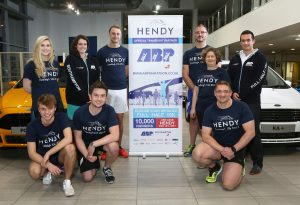 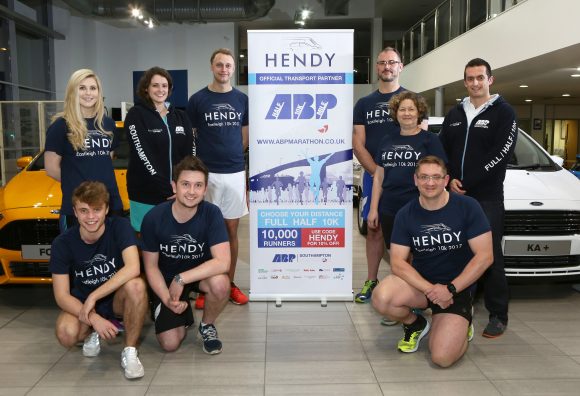 HENDY staff are stepping up their training ahead of the ABP Southampton Marathon, Half Marathon and 10k which take place this month.

The dealer group is set to provide the official timing car for the event, and support also includes staff and suppliers running in the three different races.

In addition, the group hosted a circuits session at its FordStore in Eastleigh, where staff from Nuffield Health put runners through their paces ahead of the events.

More than 8,000 people are set to lace up their trainers and take part in the races this coming Sunday. More than 50 per cent are taking part in the half marathon, 10k and mile fun run distances, while the remainder will run the marathon’s 26.2 miles.

Support for Southampton’s first marathon in more than 30 years follows recent sponsorship of the Hendy Eastleigh 10k. Chief executive Paul Hendy said the group was committed to supporting the thousands of adults and children who enjoyed running, volunteering and spectating.

‘We’re delighted to be supporting such a great event for the third year running,’ said Hendy.

‘The organisers manage to bring together so many people and create a real community event and we’re proud to be involved.’

Event director Chris Rees added: ‘The reaction to the race this year has been phenomenal and it’s great that companies such as Hendy are keen to play such an active role in supporting the event.’

This year’s route will take participants in the opposite direction to previous years’. For the first time ever, runners will take on three of the city’s bridges: Cobden, Northam and the famously tough Itchen Bridge.

All runners will finish in the race village in Guildhall Square, where thousands of people are expected. At the event’s climax it is expected that some 430 people will cross the finish line every 60 seconds.