Home > News > How many car dealerships does each manufacturer have in the UK? Car Dealerships Locations List 2021 revealed 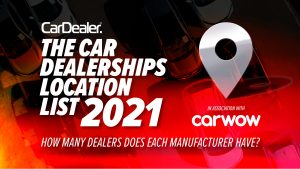 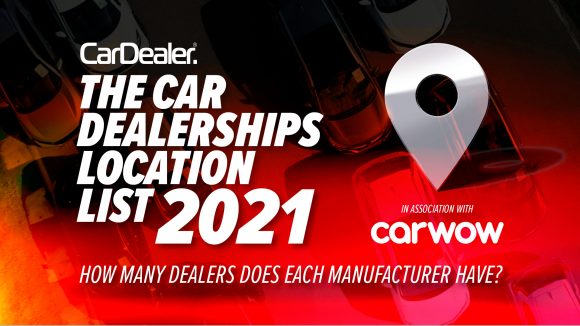 The total number of franchised car dealerships in the UK stands at just under 5,000, a new survey by Car Dealer has found.

Car Dealer contacted all manufacturers in the UK and found there are currently 4,769 franchised dealers in the UK as of the end of January 2021.

The results of the Car Dealerships Locations List, sponsored by Carwow, has found that Ford is still the largest brand by number of car dealerships.

The Blue Oval has 360 dealers – 78 more than nearest rival Vauxhall.

Vauxhall has 282 outlets and Kia is third with 190 across the country.

Ford announced last year that it would be downsizing its dealer outlets across the UK and the Car Dealer survey reveals the brand has already lost 40 dealers in 12 months.

Paul Singleton, director of dealer operations for Ford of Britain, said the changes were in line with the brand’s plans, despite some operators calling it a day following the pandemic.

He told Car Dealer: ‘We have shrunk by around 40 sites in the last year. We are where we were expecting to be at this point in the network plan.

‘We lost a few due to Covid. Not through bankruptcy, I hasten to add – we didn’t lose any that way. They simply decided it was time to give it up.

‘Some of the smaller dealers found it difficult and with the cost of the electrification changes many decided it was the right time.’

Singleton said that some of the larger dealer groups who had multiple locations in areas that crossed over also used the events of the last year to close dealerships.

Carwow chief operating officer John Veichmanis said Ford was one of the website’s biggest partners and its data showed the manufacturer was the biggest volume brand on its platform.

And he added that despite the growth in online sales, physical dealerships will remain an important part of the sales process.

He said: ‘Dealerships are a critical component in the shift to omnichannel commerce. Why? Well, we know that online consumers are more likely to switch brand as they are typically better informed due to the amount of research they conduct online via sites like YouTube and carwow.

‘They naturally build a longer shortlist and are more engaged in the process.

‘Access to a local dealership is therefore critical in this new omnichannel world as a consumer switching brands will have more of a need to see the product and liaise with a product expert either online or face to face versus someone that is buying the same brand for the second time.’

Mike Jones, ASE Global chairman and compiler of the Car Dealer Top 100 list of most profitable dealers, said he expects to see further reductions in the coming years.

Car Dealer will be carrying out the survey annually. Most brands responded to our request for numbers, however some refused to give details and their dealer numbers were taken from their websites.

Jones said: ‘In common with Vauxhall, Ford has been shrinking its network, moving away from the large number of retail dealers they had. All networks need to ensure they have the right level of representation and I expect to see further reductions.

‘It is always interesting to note the position of Audi and Mercedes. The size of the network is much lower than many, which generates significant throughput given the volumes of cars they sell on an annual basis.

‘This leads to significantly higher levels of overhead absorption, which alongside used car profitability, is going to be vital as we move to increased agency sales and electric vehicle sales dominating.’

Jones said he found MG’s position notable – with 120 dealers it now has the same number as Audi in the UK.

He added: ‘MG has been a real success story, frequently being a bolt-on to an existing site.

‘Dealers appear happy with the brand, particularly given the low level of investment and the electric model line up.’

‘The share of total configurations for MG on carwow is also up 88 per cent year on year so we’re seeing a healthy increase in online engagement to complement the expanded dealer footprint.’

The full Car Dealerships Locations List, sponsored by Carwow, can be seen below.