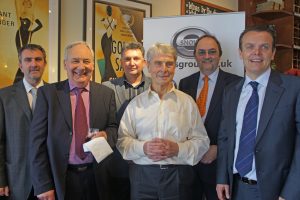 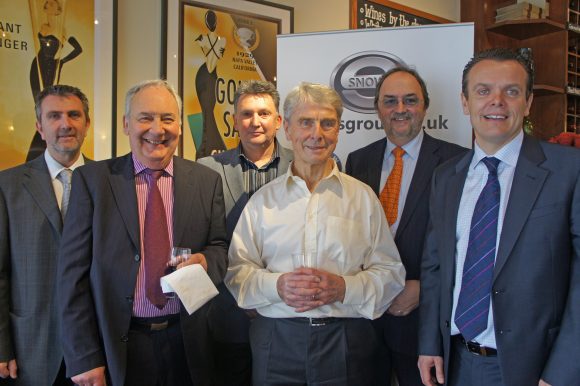 TRIBUTES have been paid to Geoff Snow, the founder and non-executive director of family-run Snows Motor Group, who has died at the age of 85.

Geoff died peacefully in hospital on August 23 from a dementia-related illness.

He leaves behind his wife of 57 years, Joyce, son Stephen, who is group chairman, and daughters Jacqueline and Jenny, as well as nine grandchildren and a great-grandson.

Snows, one of the top 60 motor retailers in the UK, was originally established by Geoff 55 years ago, in 1962, as an office supplies company in Southampton before he made the transformative decision to enter the retail motor market 38 years ago.

The investment in St James’ Toyota Centre in Southampton proved a shrewd move.

From Hampshire to the West Country, Snows now represents brands such as Abarth, BMW, Citroën, DS, Toyota and Volvo.

The business also operates seven used-car outlets named Too Good To Auction across the south of England. 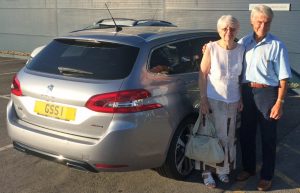 Geoff with his wife of 57 years, Joyce

Stephen Snow said: ‘My father was a pioneer in the retail car industry here on the south coast, with an absolute belief that the customer is king.

‘We’ve seen generations of families buy from Snows because of what Dad did – he knew the importance of making the purchasing process as comfortable as possible for the buyer.

‘Whilst as a family we grieve, my father’s legacy very much lives on in the company name and the pioneering culture he instigated and oversaw with his trademark driving spirit.’

Katie Snow, group project and development manager, and granddaughter to Geoff, said: ‘Grandad has been an inspiration to me and the entire family.

‘It was a special moment when he attended our group conference at the Concorde Club in Eastleigh earlier this year, an example of how much Geoff loved being part of the business many years after retiring.’

Mark Trapani, group managing director, said: ‘Whilst we mourn the loss of Geoff, we also celebrate his life and the wonderful business he built, creating hundreds of jobs along the way and making car ownership a joy for customers over the decades.

‘Geoff was a special man in so many ways. He recognised talent and gave people opportunities to blossom. I will miss him enormously.’

Geoff, who lived in Romsey, Hampshire, retired in 2007, with son Stephen taking over as chairman of the group, which is headquartered at Snows House, Second Avenue, Millbrook, Southampton.

Funeral details have yet to be finalised.