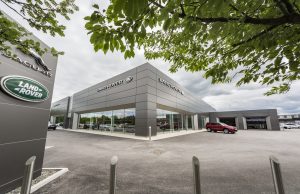 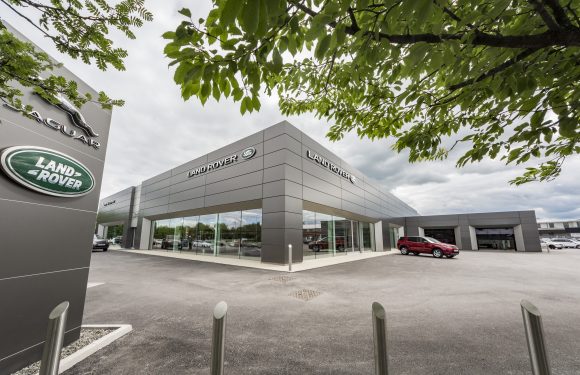 ALL Jaguar Land Rover retailers – more than 200 nationwide – are investing between £2m and £15m in new premium sites with the brand’s new global corporate design. 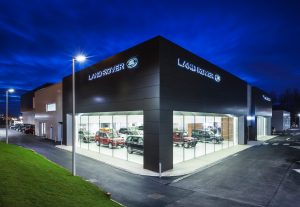 The investment, which totals more than £1bn, will be the quickest implementation of a new corporate identity, and the most significant expansion of capacity that any brand in the UK has ever undertaken.

Ten UK retailers have already completed the development, including sites in Battersea, Stockport and West London. Meanwhile, a further 13 are in the process of being built and 23 will be ready by the end of 2016.

According to Sarah Nelmes, Jaguar Land Rover UK network development manager, the entire UK network will have adopted the design by the end of 2018.

She told Car Dealer Magazine: ‘We’re working with our network to make sure the new infrastructure is right for our partners and right for our brand. Our showrooms are future-proof beyond 2020 and the sites will be larger to accommodate the increased numbers of JLR products on the road – by 2018, there will be close to an additional 1,000 service bays available.’

To coincide with the nationwide makeover, JLR is also rolling out new schemes and training programmes, which will see 1000 technical apprentices join the brand’s retail network by 2018. 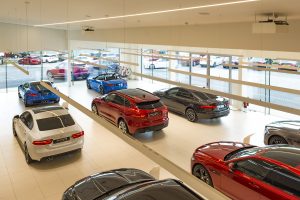 Nelmes added: ‘Our retail network will be world-class in terms of its design and facilities, and we’re also ensuring we have the best possible staff working at our sites.

‘We and our retail partners invest more than £10m each year in the training of technicians and apprentices across the business to make sure each interaction our customers have at one of our retailers exceeds our customers’ expectations.’

Jeremy Hicks, Jaguar Land Rover UK MD, continued: ‘We have invested massively in our vehicles and production facilities in recent years and now, to accommodate the shift in quality of those vehicles and the numbers of them being built, we’re transforming our retailer network.

‘By 2020, 86 per cent of our retailer sites will be dual-brand Jaguar Land Rover sites, compared to 34 per cent today – all consistent in look and feel, with a premium design and high-quality materials. 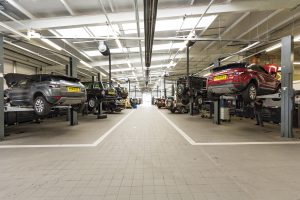 ‘We’re investing in our future and being much smarter in the way we use our data, because we’re adapting to the changing market and the modern buyer. People used to visit roughly eight dealerships before choosing which one they’d actually enter – that’s now down to about one or two, because customers are more informed and know exactly what they want. We need to make sure our dealers are ready for these customers and contacting them first. I’ve always said “we build demand and they fulfil the demand”.’

In 2015 Jaguar Land Rover recorded its sixth year of consecutive growth, selling double the volume of 2009 and record UK sales of 100,363. In the first half of 2016, the manufacturer sold 62,314 vehicles – up 24 per cent on the same period last year. To put that in perspective, JLR sold a car every four minutes in the first half of this year.