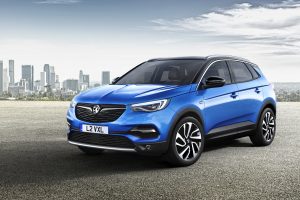 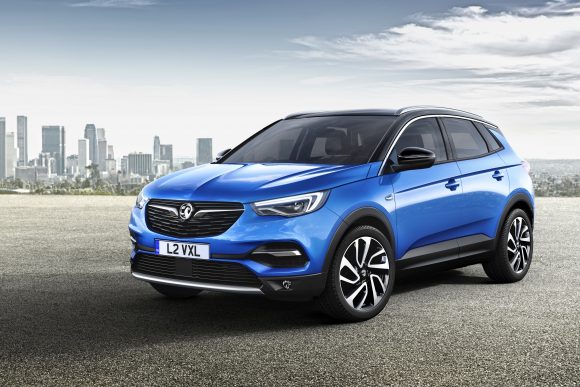 James Baggott: Vauxhall is unseated as the second best-selling brand as sales take a hit

IF YOU’RE sat in a Vauxhall dealership right now, you might be wondering where it all went wrong.

At the start of the year, your brand was jostling with Ford at the top of the sales charts and the Vauxhall Corsa and Astra models were sitting comfortably in the top 10 best-selling models every month.

Fast-forward a few months and with the Christmas decorations up, things have changed drastically for the worse. New owner PSA has swooped in with a whole new strategy – and with it, sales have fallen off a cliff.

In November, Vauxhall was down a whopping 35 per cent on 2016. In October, it wasn’t much better, with sales down 34 per cent, while in the key month of September the firm was 25 per cent in the red.

Those are huge falls and have resulted in Vauxhall losing its crown as the second best-selling manufacturer in the UK to Volkswagen. The German firm has been chipping away at Vauxhall’s lead all year.

Back in August, it was just 1,649 cars off unseating the Luton firm from its second-placed perch for the first time in years. Then, in September, Volkswagen clinched it – with sales up 7.7 per cent, it tipped the tables in its favour and now come November it has a healthy 11,283 new car sales lead over Vauxhall.

While these figures are set against a backdrop of falling car sales across the industry amidst a market gripped by Brexit fever and diesel backlash, this Vauxhall woe is still pretty serious. Remember, this is a brand that not too long ago was shouting about how it was going to topple Ford as the market’s best seller. And look how that went.

Dealers I’ve spoken to are getting worried. Many have huge showrooms dedicated to the manufacturer and they’re worried they won’t be able to cover their overheads.

Vauxhall is a brand that’s built on volume – and when that tumbles, balance sheets start to look a little precarious.

Take a look at most Vauxhall dealerships and you’ll see they’re huge sites with large showroom floors dedicated to the brand. That stacks up when you’re the second best-seller in the UK, but not when you’re freefalling down the sales charts.

Two car manufacturer bosses I spoke to recently told me their franchising teams were receiving repeated approaches from desperate Vauxhall dealers asking if they could use their huge showroom spaces as dual-brand set-ups. Whether Vauxhall would be happy with that is unclear, but the manufacturers I spoke to were keen to fill space in these dealerships with their cars too.

Vauxhall says it has a plan, though. I contacted the brand’s director of communications to ask what the reason was for the firm’s considerable drop in new car sales. I also wanted to know what Vauxhall thought about being overtaken by Volkswagen – surely losing the number-two spot must have smarted a little.

‘We are following a strategic plan to remove the brand from unprofitable channels, such as daily rental,’ said the spokesman. ‘In light of the PSA takeover and the need to become profitable across the Opel Group, that plan has been stepped up into 2018. The results are as you have noted.’

So, does that mean the rush to pre-reg as many cars as possible at the end of a month, or worse, the end of a quarter, just to seal a second-place position has begun to ease? It appears so.

‘Our clear objective is to be profitable, with a sales focus on the retail sector and true fleet,’ added the spokesman.

Frustratingly for Vauxhall dealers, the product line-up hasn’t looked as good as it does now for years. I can’t tell you what they’re like to drive – I’m still banned from driving them – but the Grandland X, pictured, is a looker, and while the Crossland X isn’t quite as pleasing on the eye, it’s still a damn sight better than a boring Corsa.

Vauxhall says a focus on these sorts of SUVs will help drive it back to profitability. ‘We have been affected by the decline in B, C and D-segment saloon car sales in favour of SUVs,’ added the spokesman.

‘From a model segment perspective, we are now selling in just over 50 per cent of the market. With Crossland X in the portfolio and Grandland X in the showrooms from January, we will catch up fast. In fact, Grandland X will become our second-best seller in retail.’

It’s clear the PSA takeover has already had a dramatic effect on the brand’s direction.

Chasing profitability instead of volume is no bad thing – but Vauxhall will have to work hard to keep its retailers on side in the process. ‘We are working closely with the network as the transition into Groupe PSA and the journey back to profitability moves forward,’ concluded the spokesman.

I, like many in the network, will be watching developments very closely indeed.

MORE: Car industry must be whiter than white – now more than ever

MORE: Big Brother isn’t on his way – he’s already here and knows all about you

MORE: War on dirty diesels must target those doing most damage