Home > News > James Baggott: Yes, technology is moving very quickly, but will we really be selling to robots? 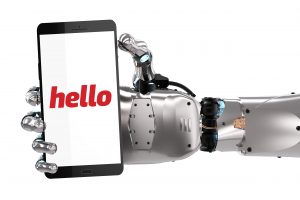 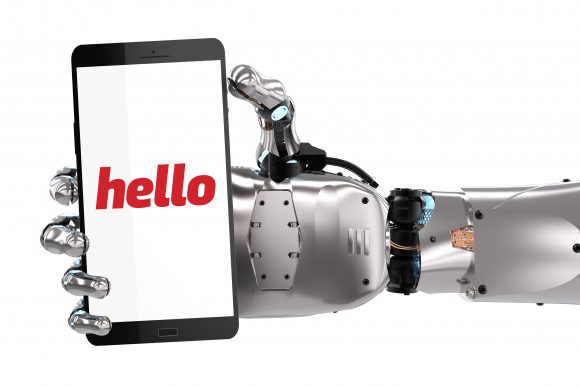 James Baggott: Yes, technology is moving very quickly, but will we really be selling to robots?

‘HELLO, I’m calling on behalf of a client and I’d like to inquire about a car.’

Sounds like a slightly strange way to start a conversation with you, but something about the phone call is not what it seems. Intrigued, you continue and ask what car they’re looking for.

‘It’s a 2015 Ford Focus, in black, advertised on your website and Auto Trader.’ OK, that’s a bit more specific, so you try to find out what they want to know about it.

‘Can I book an appointment to come in and give it a test-drive?’ Sure thing, you think. They sound keen and you go about arranging a time.

Test drive booked, potential business on the way, nothing unusual about that, right? But did you realise the whole conversation you’d just had was with a robot?

A seriously clever, artificial intelligence, deep-learning machine just conversed with you on the phone to book a too-busy-to-call-themselves customer in for a test drive.

Sounds like something out of Hollywood, right? Well, it’s not. It’s here, it’s nearly ready and it’s in the last stages of testing now.

Called Google Duplex, it’s an extension of Google Assistant, the little voice that pipes up when you say ‘OK, Google’ anywhere near one of the Android-powered devices.

After asking the software to make an appointment for a hair cut, the machine called the business and interacted, back and forth, to arrange a time and date.

And if you’re thinking it was carried out in a computerised voice you’d spot a mile off, think again.

This chat was complete with artificial ‘erms’ and a casual ‘mmhmmm’ as the real person checked their diary.

If you want to hear it for yourself, just stick ‘Google Duplex’ into, er, Google and it’ll soon appear. It’s pretty scary.

But what does it mean to you? Well, in the very near future, instead of time-wasting PPI calls, there’s a good chance you’ll be getting countless calls from Google robots instead.

The trick will be working out how to spot the real people from the AI – and then working out if someone who has used Google Assistant to book an appointment with you is really serious or are they just asking their phone to call hundreds of dealers?

Or it could be a busy businessperson who hasn’t got the time to wait on hold or battle through your receptionist but has found their ideal car and simply wants AI to deal with the problem for them.

It’ll be impossible to tell. Perhaps car dealerships will employ artificial intelligence-powered robotics to replace their receptionists to deal with all the calls.

Then you’ll have computers talking to computers, dealing with the boring, mundane tasks like how long the MOTs are, opening hours and if you do finance.

Excuse me for thinking it all feels a little bit Skynet. It’s surely only a matter of time before Google releases its full AI system on the world to power everything, it decides to launch nuclear bombs to destroy us and we need Arnie to save the world.

OK, let’s hope they’ve got a lid on that and we don’t end up in a real-life sci-fi movie – but surely it’s only one small step between robots arranging Ford Focus test drives and them killing us?

We know that the car industry is currently working on technology that is many years ahead of that which it has deployed today.

It has working autonomous cars and vehicles that can talk to each other. But let’s face it, the automotive world isn’t really as cutting-edge as manufacturers would have us believe.

Just think how far ahead the technology worlds of Google and Apple are with their future products yet to be rolled out.

These are firms that really are shaping the future, not following the lead of others and playing catch-up like most car firms.

How long before consumers are able to delegate the whole car-buying process to a robot who’ll snap up a robotic, fully autonomous car and then deliver it to your door? A few years, maybe, 10 at a push.

The world is moving at a frightening pace. It’s how the businesses you run now decide to interact with it and deal with the challenges and opportunities it presents that will be key.

But if Siri is still struggling to set a timer, and autocorrect constantly irritates by getting things wrong 95 per cent of the time, what are the chances of a robot managing to extract the right information about the AdBlue levels of an Audi A5 from your receptionist? Perhaps our jobs are safe for a little while longer yet…

On WorkshopMagazine.co.uk: Rolls-Royce customer shows his appreciation with a cake