Home > News > James Bond has ditched his Aston Martin. And guess what he’s driving instead…

James Bond has ditched his Aston Martin. And guess what he’s driving instead… 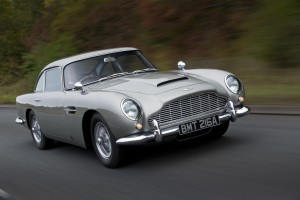 OKAY, so this is a website for car dealers (the name cardealermagazine.co.uk kind of gives it away…)

But some stories are so significant that they can’t be ignored – even if they don’t really involve dealers.

And this story is really, really shocking.

James Bond, the oh-so-British spy, is ditching his Aston Martin for his latest film.

He didn’t take a lot of care of his last motor, the DB5, you may remember – it got blown up towards the end of Skyfall.

Maybe Q or M, or whoever looks after Bond’s gadgets and budget these days, has grown weary of picking up the pieces of another expensive bit of kit.

Because, reports the Daily Express, in the latest Bond movie, Bond will get behind the wheel of…. a Fiat 500.

Okay, it’s not a bad choice as much of the shooting (probably quite literally, knowing Bond) takes place in Rome. But still, it hardly has the same ring to it as an Aston Martin.. It has left us here at Car Dealer shaken and, frankly, a little stirred…

The name of the new film, which is being filmed in the new year, hasn’t been revealed yet. From Fiat With Love? Fiats are Forever?

Okay, they’re rubbish suggestions. Can you do better? Tweet @colinchannon with your suggestions.

MORE: Buying and selling cars is a 24/7 business 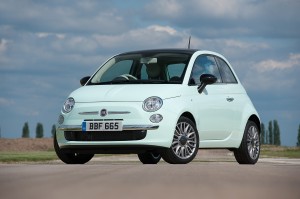