Juke Nismo RS is eighth new Nissan to arrive in 2014 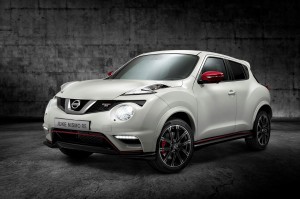 THE sportiest Juke ever,  the Nismo RS, is arriving in Nissan showrooms.

With improved performance, a sharper chassis set-up, more powerful brakes and extra equipment, the new RS is billed as a more extreme and focused version of Nissan’s award-winning compact crossover.

The new Juke Nismo RS is available in a choice of three exterior colours – Storm White, Pearl Black and Blade Silver – with a single interior treatment.

Despite its performance potential, the Juke Nismo still scores highly when it comes to practicality. Two-wheel-drive versions now benefit from a 40 per cent increase in carrying capacity, while a two-stage floor and fold-flat rear seats make the space even more flexible.

My confessions: A seasonal rhyme for Christmas time