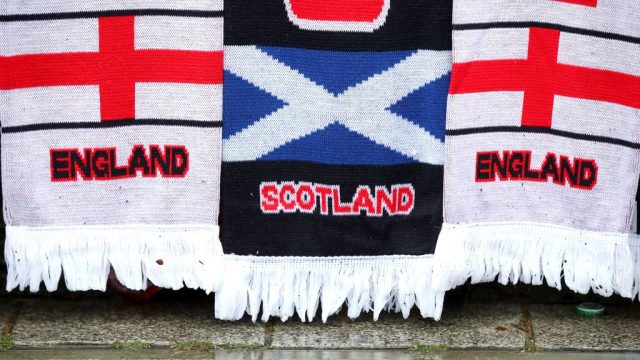 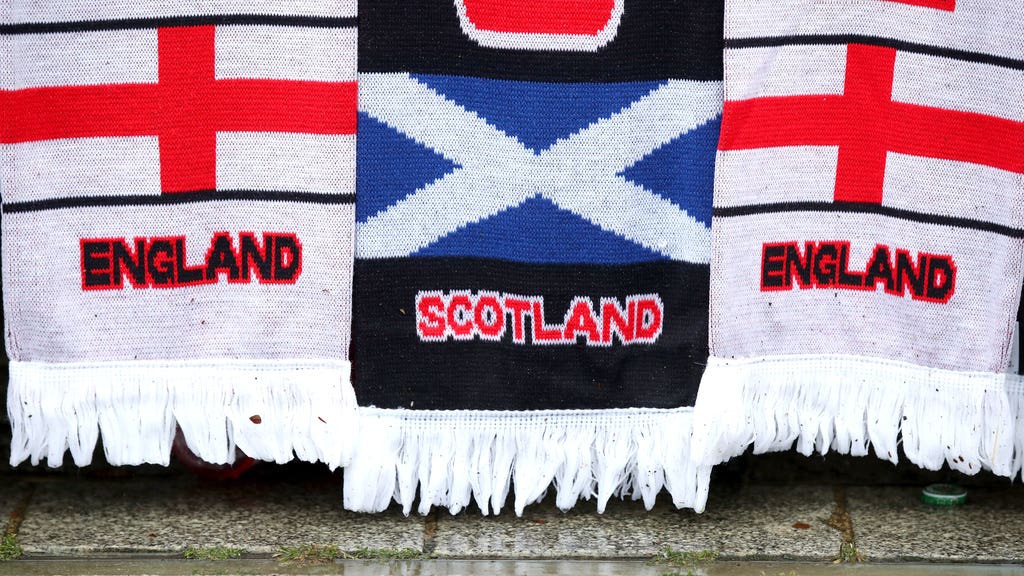 The Metropolitan Police said arrests were made for offences including ‘public order, possession of an offensive weapon, drunk and disorderly and assault on police officer, who suffered minor injuries.’

Red flares were set off as crowds congregated at the square after the scoreless draw, with many fans wearing kilts and draped in Scotland flags singing and cheering in the popular tourist spot.

An MP suspended by the Tories is facing trial accused of sexually assaulting a 15-year-old boy in 2008, it can be revealed.

Imran Ahmad Khan, the 47-year-old representing Wakefield in West Yorkshire, issued a denial ‘in the strongest terms’ over the allegation he groped the teenager in Staffordshire.

Ahmad Khan helped Boris Johnson win a large Commons majority by taking the constituency in the so-called ‘red wall’ that formed Labour’s heartlands in the Midlands and the North of England.

A special Ford Puma ST model has been created after fans voted through social media.

Called the Puma ST Gold Edition, the model has been produced after nearly 275,000 people picked various elements of the car’s design via social media.

Set to be produced in limited numbers and go on sale towards the end of the year, the Puma ST Gold Edition incorporates a series of changes that differentiate it from the regular performance crossover.

🎉The votes are in and the winning features have been confirmed. Here's a sneak peek of how you designed YOUR #FordPumaST.

Keep an eye out for the full reveal on June 18th 👀#Ford #Design pic.twitter.com/qFCbLU03Is

Hampshire and Buckinghamshire have seen heavy rain over the past 24 hours while Bedfordshire has also had wet weather.

The areas particularly affected were Otterbourne, which saw 67mm of rainfall from 11pm Thursday to 5pm Friday, and Dancers End, Drayton Parslow, Toddington and southern Farnborough, which had rainfall between 65mm and 57mm.

The Met Office said temperatures have dropped across the UK following sweltering weather earlier this week, and torrential downpours that could cause flooding are expected in some southern areas.

Covid-19 drops to 24th cause of death in England

Covid-19 dropped to the 24th leading cause of death in England last month, new figures show.

A total of 333 deaths were due to coronavirus in May, the equivalent of 0.9% of all deaths registered in England, according to the Office for National Statistics (ONS).

The leading cause of death was ischaemic heart disease (3,780 deaths), followed by dementia and Alzheimer’s disease (3,711 deaths).

Covid-19 was the leading cause of death in England every month from November 2020 to February 2021.

Nearly 200,000 travel jobs lost or at risk due to pandemic

Nearly 200,000 UK travel jobs have been lost or are at risk due to the coronavirus pandemic, according to new analysis.

Travel trade organisation Abta, which released the figure, called on the Government to provide tailored financial support for the sector and to safely restart international travel.

More than 526,000 people across the country were employed in the travel industry before the outbreak of the virus, the organisation said.

The Royal British Legion will no longer sell poppies in the European Union due to red tape following Brexit, according to reports.

The charity, which provides support to members and veterans of the British Armed Forces, is said to have sent an email to supporters stating it will ‘need to cease sales to customers in countries in the EU’ for the foreseeable future until legislation surrounding Brexit is reviewed.

The i newspaper reported that it could not justify the expense, including customs charges, to send poppies overseas following Britain’s departure from the EU’s customs union on January 1.

After two days of falling, the FTSE 100 ended Friday well below the 16-month highs it hit earlier this week, as markets continued to suffer fallout from across the Atlantic.

The index had reached its highest point since the Covid-19 crash started in February 2020 earlier in the week, but the decision from the US Federal Reserve to change its timetable on interest rate rises sparked a global sell-off on Thursday and Friday.

Drier but more rain on the way

Today, it will be mostly dry with some sunny spells but there will be showers in the northwest of England, according to the Met Office.

The south will be hit by more heavy rain later in the day with a risk of thunder.

This will continue through the night but the north will remain mostly dry.