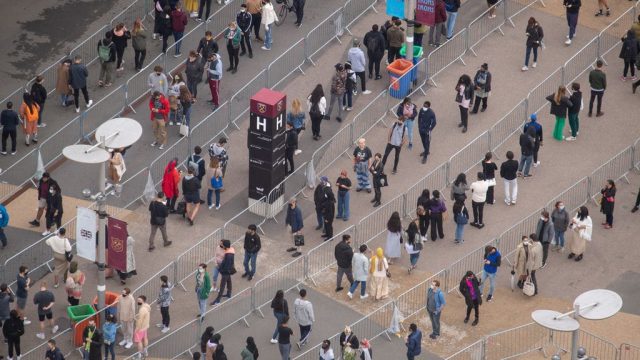 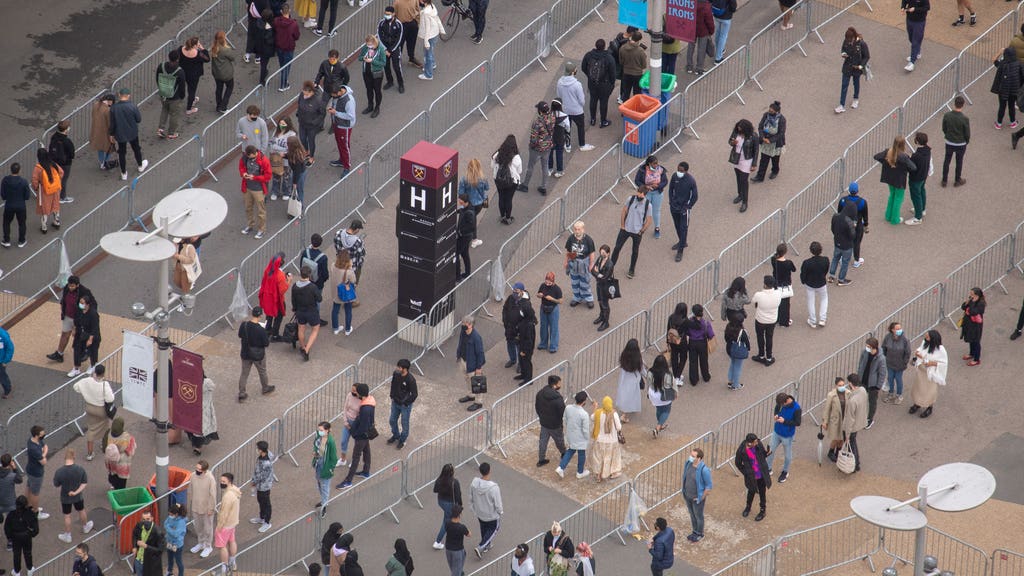 People in England made 721,469 appointments through the national booking service on Friday, more than 30,000 an hour or more than eight every second.

NHS England said this does not include appointments made through local GP-led vaccination services, or people getting jabbed at walk-in centres.

Outdoor civil wedding and partnership ceremonies to be legalised

Civil wedding and partnership ceremonies will be able to take place outdoors for the first time in England and Wales from next month.

Laws for approved premises, such as hotels, currently require the ceremony to take place in an approved room or permanent structure.

But such venues will from July 1 be able to host the whole event outside under the move to legalise outdoor civil ceremonies.

John Bercow, the former Conservative MP who became the scourge of Brexiteers as Commons Speaker, says he has switched allegiances to join the Labour Party.

Mr Bercow said he regards the Tories under Prime Minister Boris Johnson as ‘reactionary, populist, nationalistic and sometimes even xenophobic’.

Having stepped down as Speaker after 10 years in 2019, he announced on Saturday that he joined Labour in recent weeks.

Inflation is on course to increase above four per cent in the coming months, reducing average household incomes by £700, research suggests.

The Resolution Foundation said higher than expected inflation poses more of a challenge to household incomes than to the Bank of England.

The Foundation’s analysis showed that while the UK is unlikely to experience the same inflation peaks seen in the US, if commodity prices remain at their current levels, CPI inflation could rise above four per cent later this year, more than double the rate of inflation forecast by the Bank of England for the third quarter.

Morrisons has rejected a £5.5bn takeover bid from a private equity firm, believing it would have ‘significantly undervalued’ the company.

Clayton, Dubilier & Rice (CD&R) earlier said it noted the press speculation regarding a potential transaction involving Morrisons and confirmed that it was ‘considering a possible cash offer’.

CD&R, which has until July 17 to announce a firm intention to make an offer under UK takeover rules, added in a statement that there can be ‘no certainty an offer will be made’.

The British Airline Pilots Association (Balpa) said the UK aviation industry has been the hardest hit in Europe by restrictions on international travel.

Its analysis of official European air traffic data for June showed that the number of flights into and out of the UK has fallen by three-quarters compared to 2019.

Today will be cool and cloudy across central England and Wales, according to the Met Office.

However, it’s likely to turn brighter in the south later and while Scotland and Northern Ireland can expect this too there will be more showers.

Tonight, the showery rain will begin to move south, and will turn clear and chilly in the northwest.