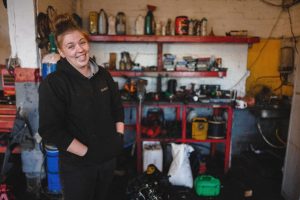 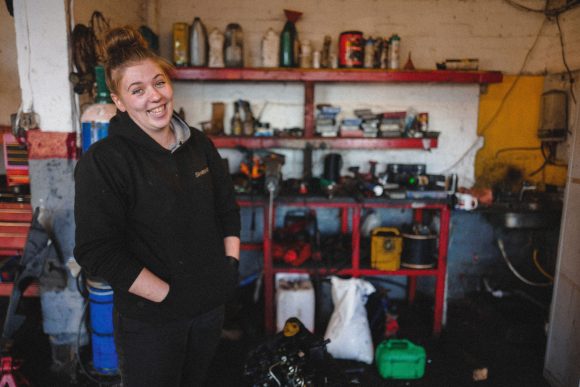 WHEN Jess Darbyshire secured an apprenticeship with a local garage, she hoped it would result in a successful career in the automotive industry.

What she hadn’t expected was that it would also lead to her featuring in a prime-time BBC TV documentary.

The Mighty Redcar is a series that has been following the lives of young people in the north-east coastal town as they decide what they want to do with their lives.

Jess was filmed as she was successfully completing her two-year apprenticeship, but as viewers saw last Thursday night, this success was bitter-sweet.

The independent garage that had employed her as an apprentice was unable to keep her on as a full-time employee – graduating from her apprenticeship was going to put Jess out of a job.

Fortunately, the programme revealed there was a happy ending to the story, as it became clear that Jess’s application to Kwik Fit had been successful, with the last shot showing her heading into the company’s centre to join the Kwik Fit team for the first time.

And she’s delighted to have been able to pursue a career that suits her down to the ground.

‘I’ve always loved cars and have my college adviser to thank for suggesting an apprenticeship in the first place, my old boss John for supporting me, and now the team at Kwik Fit for helping me continue my career,’ she said.

‘I love being faced with different problems every day and being able to fix people’s cars and get them safely back on the road.’

Rob Whitfield, Jess’s manager at the Kwik Fit centre in Marske, said her passion for the job shone through.

‘We’re really glad that we’ve been able to add Jess to our team. The TV programme has shone a light on some of the challenges youngsters face in the area, but Jess’s story shows how important hard work and enthusiasm are in the early stages of your career,’ he said.

‘We hope that we can support her, add to her skills and help her go from strength to strength in the automotive industry.’

The Mighty Redcar is made by London-based production company 72 Films. The fourth and final episode is on BBC Two tomorrow at 9pm, with all episodes available to view via BBC iPlayer.