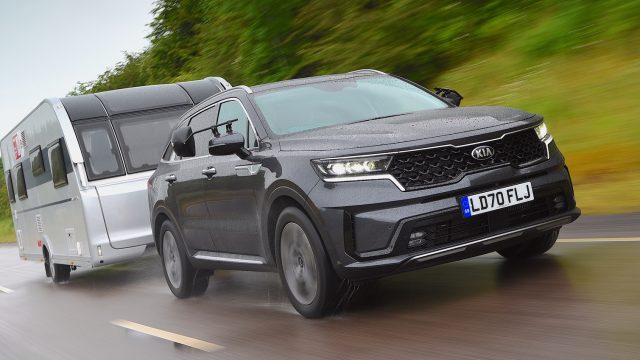 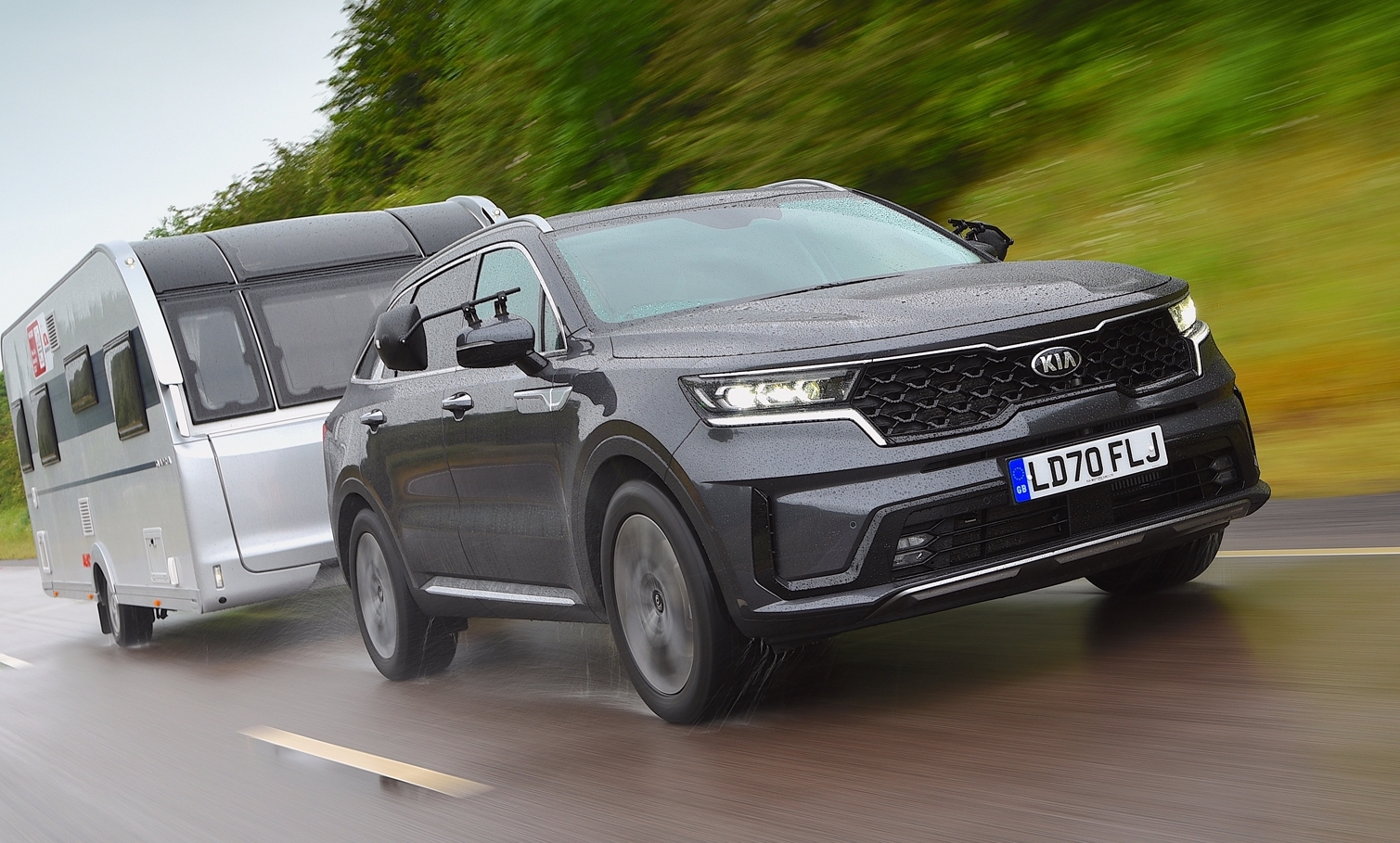 Awarded by What Car? and the Camping and Caravanning Club, the latest seven-seat Sorento has been crowned Tow Car of the Year.

The model was was praised highly by the judges for its ‘huge breadth of abilities’.

The model tested, fitted with a 2.2-litre turbodiesel – was initially named as the category winner for being able to tow 1,900kg plus and costing up to £50,000, before then being named as the overall winner.

The Sorento is Kia’s flagship model in the UK and the title is set to make it even more appealing to buyers.

Steve Huntingford, editor of What Car?, said: ‘If you picture a Venn diagram with circles representing stability, performance, practicality and value, right in the middle, at the point where those circles overlap, sits the Sorento.

‘It’s a reassuring car to tow with, pulling a big tourer with composure.

‘The Sorento can handle whatever it’s faced with because it has powerful brakes, the stability to cope with a sudden lane change, and four-wheel drive to help you make the most of its performance whatever the weather.

‘The Sorento also has room for adults in all seven of its seats, and air vents for all three rows, while the many USB ports throughout its interior show that Kia understands how modern families keep themselves entertained on long journeys.’

Other noticeable mentions go to the Polestar 2 Long Range Dual Motor, which was named as the best electric tow car, while the Ford Ranger was ranked as the best pick-up for towing.

Forty models were assessed in 2021, with testers matching a car to caravans weighted to 85 per cent of the car’s kerb weight or its legal towing limit.

High-speed stability, towing-friendly features and emergency braking were just some of the factors that went into picking the winners.

With the government recently announcing that motorists who passed their driving test after 1997 soon won’t need to take any additional qualifications to be able to tow larger caravans, there are likely to be more drivers than ever looking to tow.

That said, no date has yet been announced for when these changes will take place.