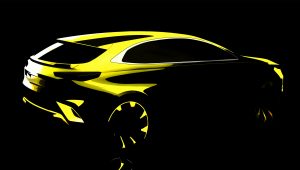 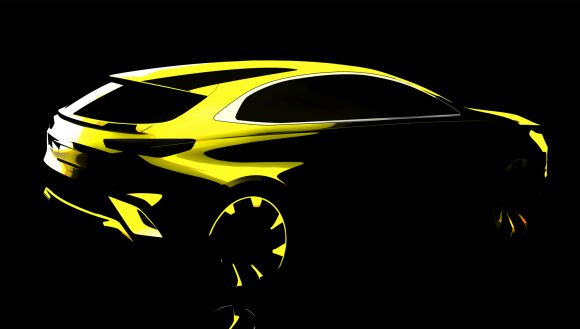 KIA has given a glimpse of its new Ceed crossover ahead of the car’s full reveal later this year.

An initial sketch has been released, showing a raked design and a high bootline.

It takes on other crossovers in the ever-flourishing segment, including the likes of the Volkswagen T-Roc and Hyundai Kona, and will sit between the compact Stonic and larger Sportage SUVs in the South Korean manufacturer’s current line-up of cars.

Gregory Guillaume, vice-president of design for Kia Motors Europe, said: ‘There’s another style, another type of vehicle, that we feel very strongly deserves to be a new member of the Ceed family.

‘It will play the role that’s needed to make the Ceed range stronger and even more exciting, more appealing, to European consumers. The design will be nothing like you’ve seen in the Ceed family so far. This will be the next big surprise from Kia.’

Although featuring a more streamlined look than its hatchback sibling, it’s likely that this crossover version will use the same powertrains as the regular Ceed on which it’s based.

Expect a 1.0-litre turbocharged three-cylinder petrol engine in a variety of outputs, along with a larger, 1.6-litre diesel unit, although no four-wheel-drive option is currently offered on the crossover.