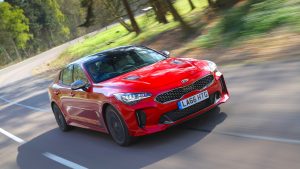 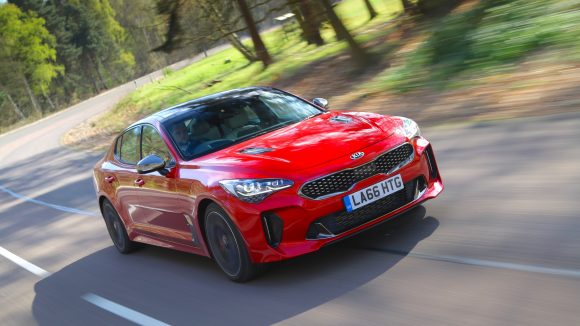 KIA’S new Stinger saloon will be the first car it has brought to market knowing that it won’t make a profit.

Traditionally, the South Korean company has been a volume manufacturer, producing well-built and affordable models that are backed up by a seven-year warranty.

However, the new Stinger is intended to be more of an aspirational product, designed to change people’s perceptions about the brand.

Ian Mathews, head of product planning at Kia UK, said: ‘We do see it [the Stinger] as being a brand builder rather than a profit generator.

‘I was there about a year ago and we were told in very stern terms by our Korean parent company that it was the first car brought to market by Kia when they knew they weren’t going to make any money out of it.

‘Normally we are a strong company and a strong financial company, but hearing that was music to my ears because they are looking more broadly, not just the silent mentality and not just bringing a car to market to make money.

‘It is an aspirational product and that has a cascading effect on the rest of the range, so it’s great to hear that they are looking more broadly on what the appeal of the car can deliver.’

When asked if the Stinger was something of a vanity project for Kia, Mathews replied: ‘I wouldn’t describe it that way but it is our flagship car and a brand builder.

‘We know that if the car is a success they will do another one. We are also optimistic that they might make a slightly lower priced, smaller engineered coupe in the future as well, which has been hinted at and we may see further down the line.’